One Ingredient, Many Ways: Blackberries 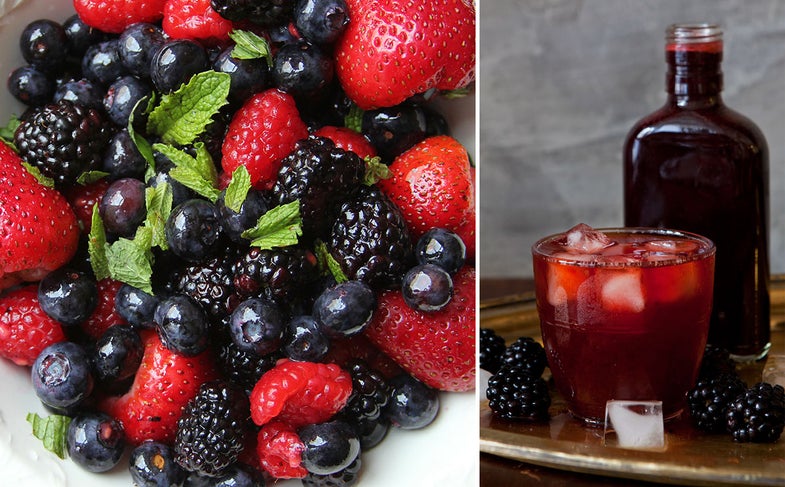 Late summer just might be the most glorious time of the year. The long-punishing heat of July and August begins to subside, and for a brief moment, summer’s abundance of corn, tomatoes, and peaches overlaps with the tart, crunchy apples and sweet gourds of early autumn. Fittingly, late summer is also when blackberries peak—the last, triumphant burst in the season’s riotous parade of fruit.

With their glossy blue-black color and astringent, yet surprisingly sweet flavor, blackberries are a fleeting pleasure—compelling enough to have inspired these lines by Nobel Prize-winning poet, Seamus Heany, in the poem Blackberry-Picking:

Late August, given heavy rain and sun
For a full week, the blackberries would ripen.
At first, just one, a glossy purple clot
Among others, red, green, hard as a knot.
You ate that first one and its flesh was sweet
Like thickened wine: summer’s blood was in it
Leaving stains upon the tongue and lust for
Picking. […]

When blackberries do come into season, I waste no time in putting them to use. Typically I follow the sweet route, baking them into cobblers and pies, or smashing them into fizzy cocktails. But inspired by the Pacific Northwest, where brambles of blackberries hang especially heavy with the fruit around this time of year, I’ve been pairing them with another regional ingredient: salmon. Smoky and tender from the grill, I top the fish with a sauce of smashed berries simmered with ginger and red wine; the wine lends a tannic quality that perfectly offsets the berries’ late summer sweetness. 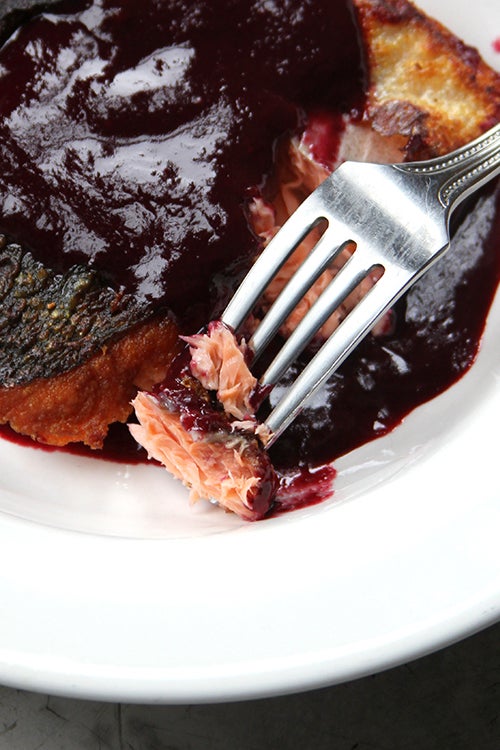 A rich, sweet-tart blackberry sauce adorns crispy skin-on salmon filets in this easy dish from Leah Koenig, who developed it for our One Ingredient, Many Ways series.

See the recipe for Grilled Salmon with Blackberry Sauce »

Razzleberry Pie
A double-crusted pie is sweetened with a mix of strawberries, blackberries, blueberries, and raspberries.

Blackberry Blast Cocktail
Fresh blackberries with rum, lime juice, and bitters combine in a delightful take on a frozen daiquiri.

Leah Koenig is a freelance writer and cookbook author. Her forthcoming cookbook,_Modern Jewish Cooking, _will be published by Chronicle in 2015.