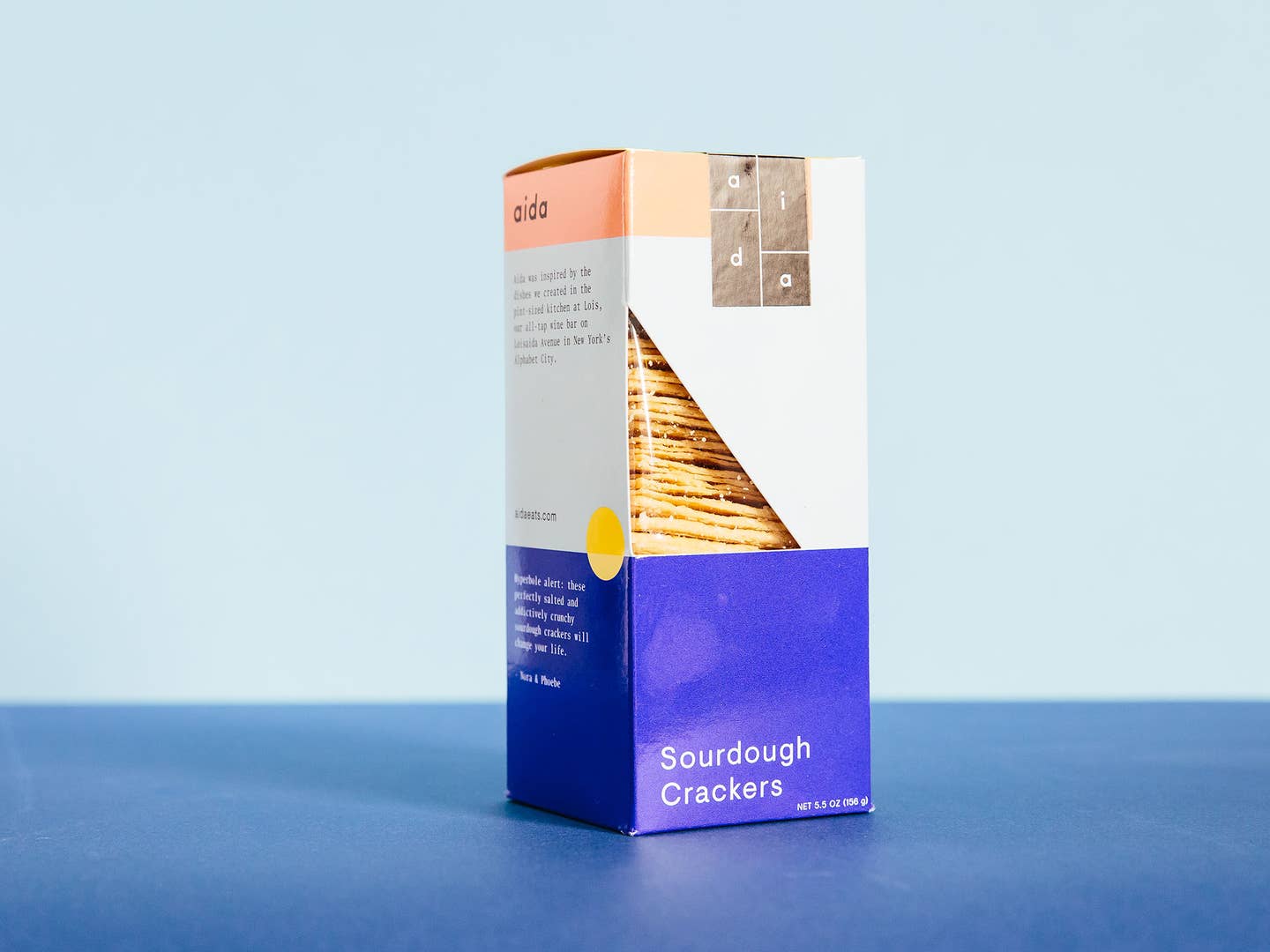 It should come as no surprise to you to learn that food writers are monsters. We eat everything in sight, despite complaining about how bloated we are still from last week's reporting trip to the Maldives and this morning's mimosa breakfast with one of our far-flung correspondents who's swooping into town for an awards show.

(The reality: I'm bloated and feel gross because I went to bed at 3 a.m. after re-filing a story that got deleted when the buggy CMS crashed, then spending two hours in bed watching The Americans re-runs while therapy-eating Cheetohs with chopsticks to keep my fingers clean. But let me dream.)

Point being, we're an opinionated lot, and we snack a lot, and we often find ourselves housing a sleeve of crackers just because they're in arm's reach. So when we say these are the best crackers we've ever eaten, we say so with deep, visceral knowledge. For we are creatures of the snacking abyss. Born by it. Molded by it.

Aida is a new small-batch snack operation, born out of a new New York incubator called Foodworks, that makes the best crackers we've ever eaten. At $9 for a 5.5-ounce box of Sourdough Crackers, they better be, but after tasting a couple of the wafer-thin crisps, I found myself scrutinizing the ingredient list, searching in vain for the parmesan that must be there to explain the cheesy, umami intensity of their flavor. There is none. But there is butter, and olive oil, and sea salt to amplify the twangy taste of the sourdough starter that goes into these crackers, which are shatter-crisp with a hint of layered flakiness, yet sturdy enough to withstand a schmear of chevre. Despite those fatty additions, the crackers don't film your fingers with grease the way, say, Ritz do, and for all their I need to eat another 20 of these right now deliciousness, they don't upstage the cheeses and nut butters we've paired them with. They are simply the perfect crackers.

Aida makes some other crackers we've housed, including a Rye Crisp that's like running a loaf of seedy Danish rye under a steamroller (which is to say: dense and deeply flavorful), and some Currant Turmeric Crisps, which taste nothing of turmeric and everything of dried fruit and butter, and which are called crisps in the same way Animal Crackers are called crackers; that is, a lie—they are cookies. There's also some nut and seed clusters: pumpkin seeds flavored with lemon and candied pecans spiked with the prickly intensity of Sichuan peppercorns. These are all good things, and all good on a tricked-out cheese plate.

But the sourdough crackers are what we keep coming back to, what drive us to make energized gesticulations of delight toward each other while stuffing our mouths with more. For we are monsters. But now we are well fed.