The art of blending is what Julia Momosé, author of the forthcoming The Way of the Cocktail: Japanese Traditions, Techniques & Recipes and owner of Chicago’s Kumiko, thinks of first when Japanese whisky comes to mind. “In America, the conversation is always about distillate, whereas in Japan, the conversation is all about blending,” she says. This contrast stems from the unique origins of Japanese whisky production and how it morphed to appeal to local drinkers.

A century ago, Suntory founder Shinjiro Torii became interested in making the spirit in his home country and Masataka Taketsuru brought home knowledge from Scotland of how to do so. But when Torii’s first whisky, made in the style of Scotch, struggled to find an audience with Japanese palates, he set out to create one that would pair well with bubbly water—in what’s known as a highball—to appeal to beer drinkers. To Momosé, that forms one of the distinctions of Japanese whisky: “It is amazing when you add water to it, either in the form of ice, or club soda for a highball.”

But while Japanese whisky started out modeled after Scotch, “it’s also its own category,” says Tommy Patrick, owner of The Ballard Cut, a Seattle bar that specializes in the style. “It’s much more delicate than Scotch; it’s softer, it’s significantly more approachable.” Early on, it was often stereotyped by U.S. customers as smooth and sweet, but that oversimplifies the complex universe of Japanese whisky. While the spirit’s characteristics were initially similar to the Scotch, Irish, and American whiskies that it started out imitating, it evolved almost entirely in Japan, isolated from other markets and catering only to Japanese tastes. “They just continued to quietly do it, even if it wasn’t getting world attention,” says Patrick. “It really shows how much they care about it.”

About a decade ago, the U.S. began to take notice, and in the last five years, Japanese whisky imports to the US have tripled, causing shortages of sought-after bottles and leaving brands scrambling to fill the demand. Production of Japanese whisky ramped up immediately after the sales jump, though the aging process means producers only recently started bottling products in larger quantities, making great Japanese whisky increasingly affordable and accessible.

The sudden arrival of an entire category, spanning price ranges across a variety of styles, means that most people need a little help navigating the nuances and understanding the geography of Japanese whisky producers. “It’s very confusing,” admits Patrick. So, for anyone looking to begin—or deepen—their understanding of Japanese whisky, this guide shares some of our favorites. 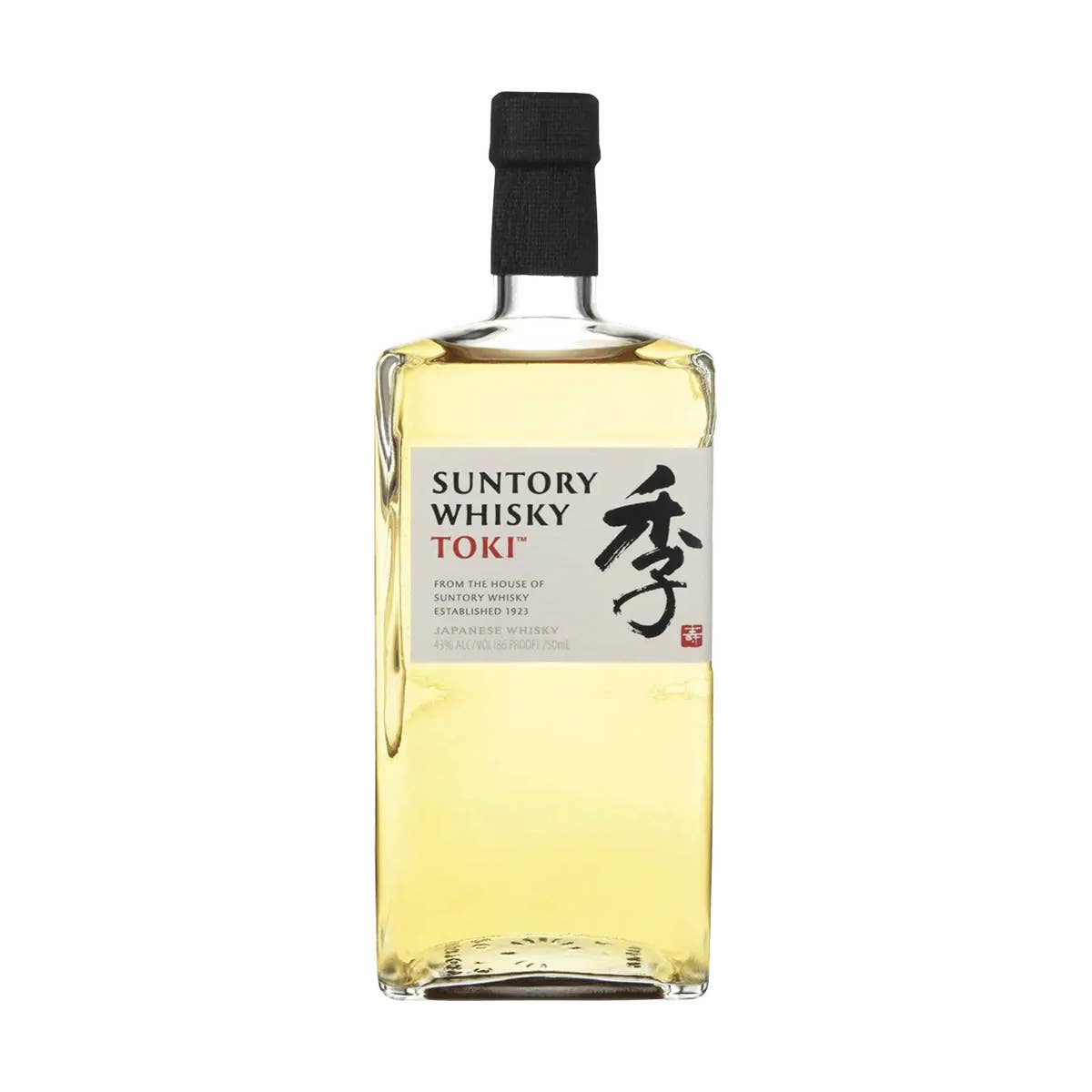 “Bang for your buck, the easiest mixing whisky,” says Patrick of the entry-level whisky that Suntory makes using a blend from three different distilleries in Japan. “For someone just starting into Japanese whisky,” Momosé echoes, “That’s the place I like to take them.” Light and refreshing, it works well in highballs, which is the main purpose for which it is made. 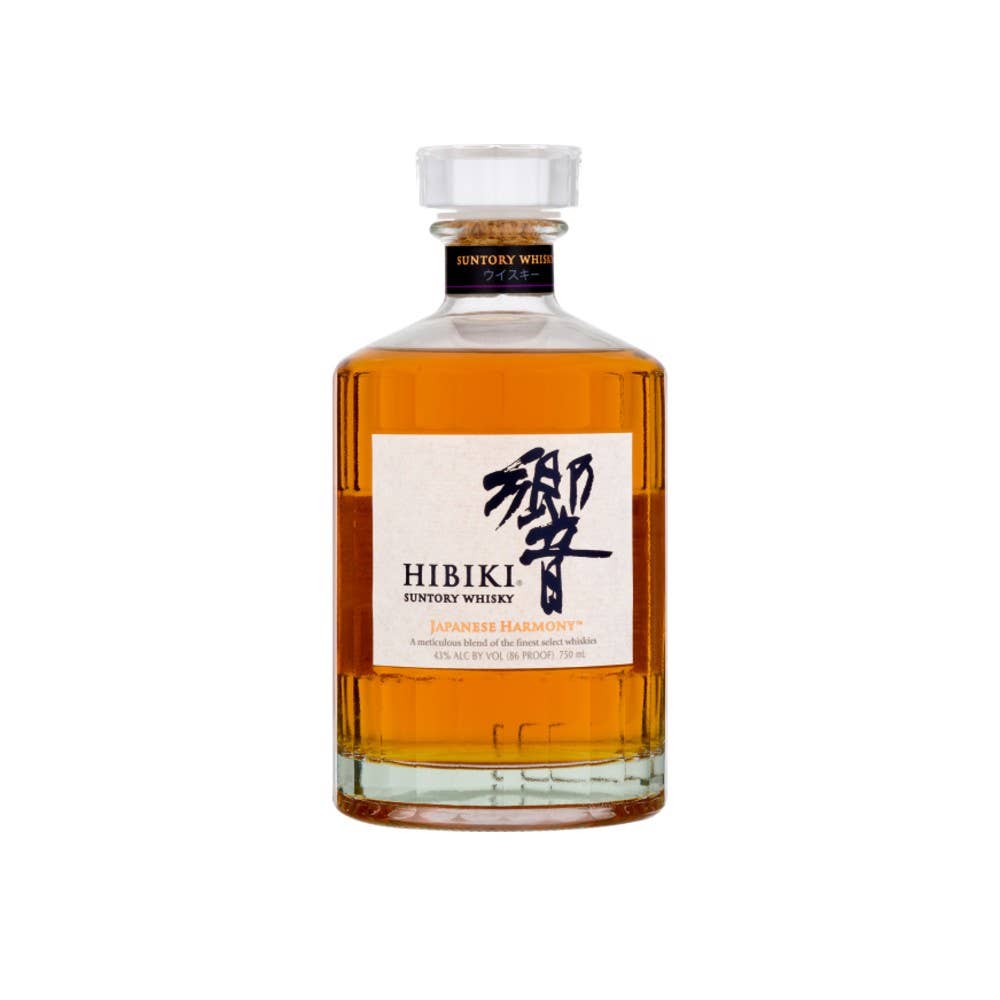 This smooth, well-rounded whisky is Patrick’s personal favorite blended whisky, which he describes as “elegant.” Reasonably widely available and sold at well under three figures, it shows off the smoothness for which Japanese whisky is known without any harshness, and has a light sweetness that leans rich rather than cloying. “A gorgeous mid-range” whisky, says Momosé. Sure, the Hibiki bottles with age statements take those highlights and amplify them, but you’ll pay a lot more for them.

Best for the Bourbon Lover 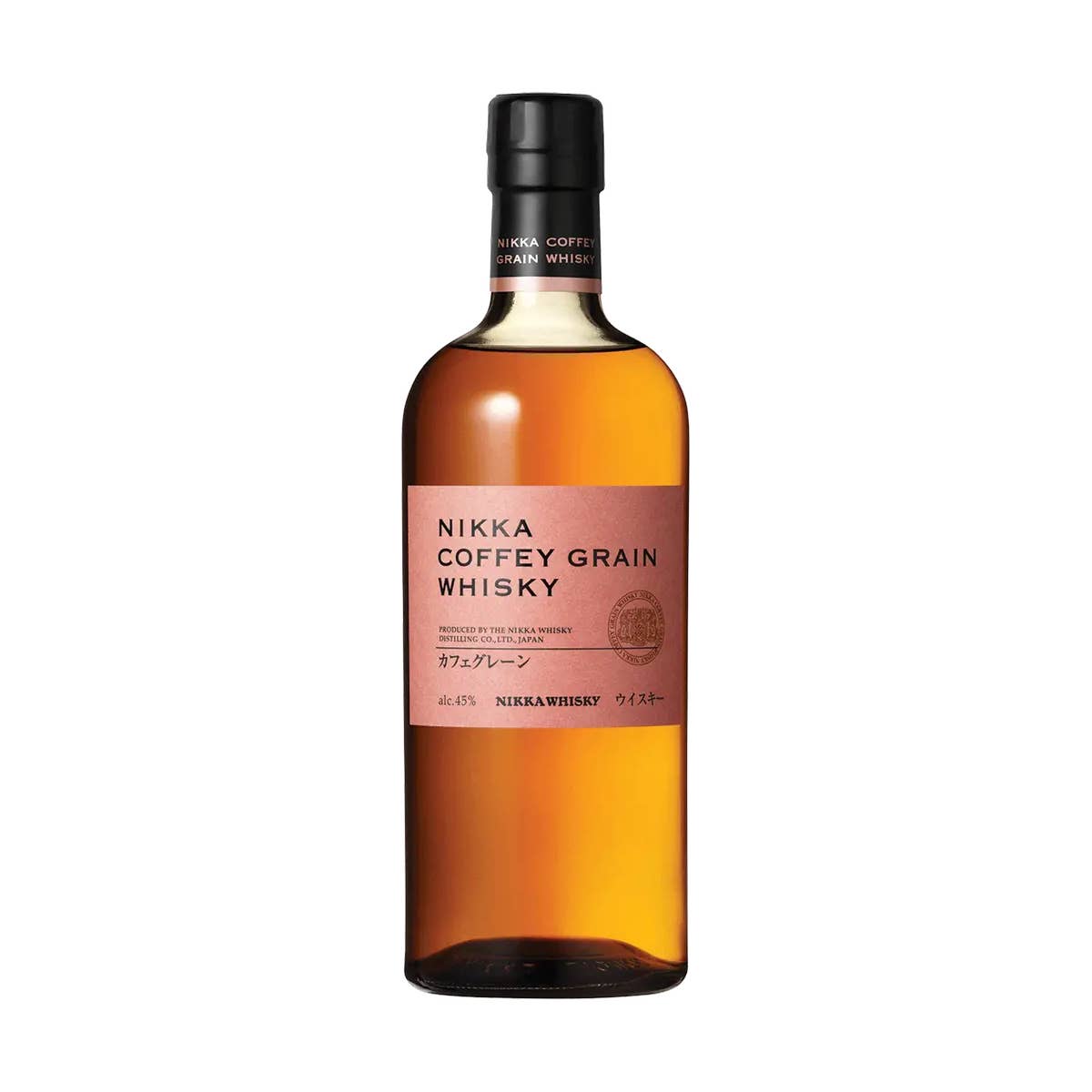 Named for Nicholas Coffey, the inventor of the column still in which this whisky is made, this attractive bottle transports American bourbon drinkers across the Pacific with its heavily corn-based mashbill. Momosé notes the flavors of cornflakes, vanilla, and orange, saying “it’s easy-going, with the sweetness the bourbon drinker looks for.” For anyone looking to put it in a cocktail, she says it works well in an Old Fashioned. 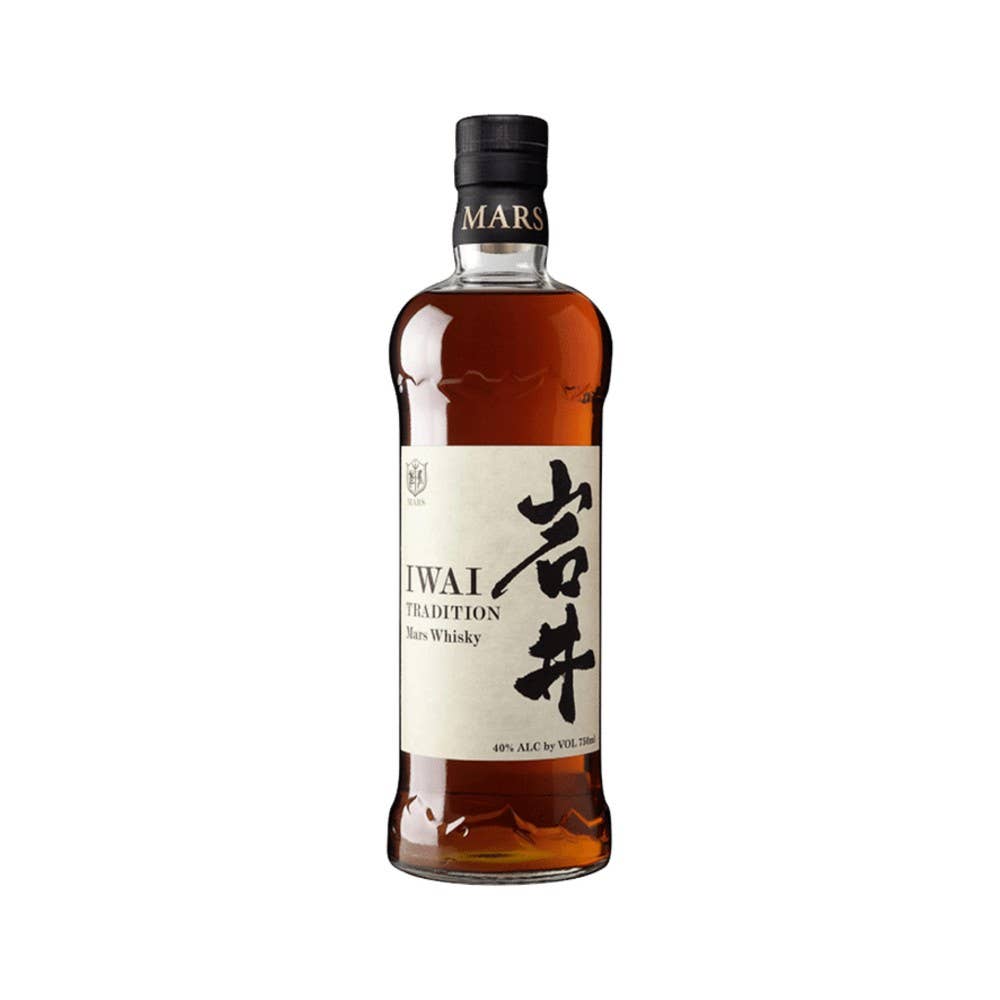 Soft and slightly smoky, with a little bit of sherry cask coming through, this single malt from Mars’s Hombo Shuzo distillery gives an enjoyable lesson in Japanese single malt. The dark fruit that results from the time it spends in its sherry cask makes it good for mixing, too, says Momosé—she suggests a highball with a splash of sherry to really emphasize those flavors. 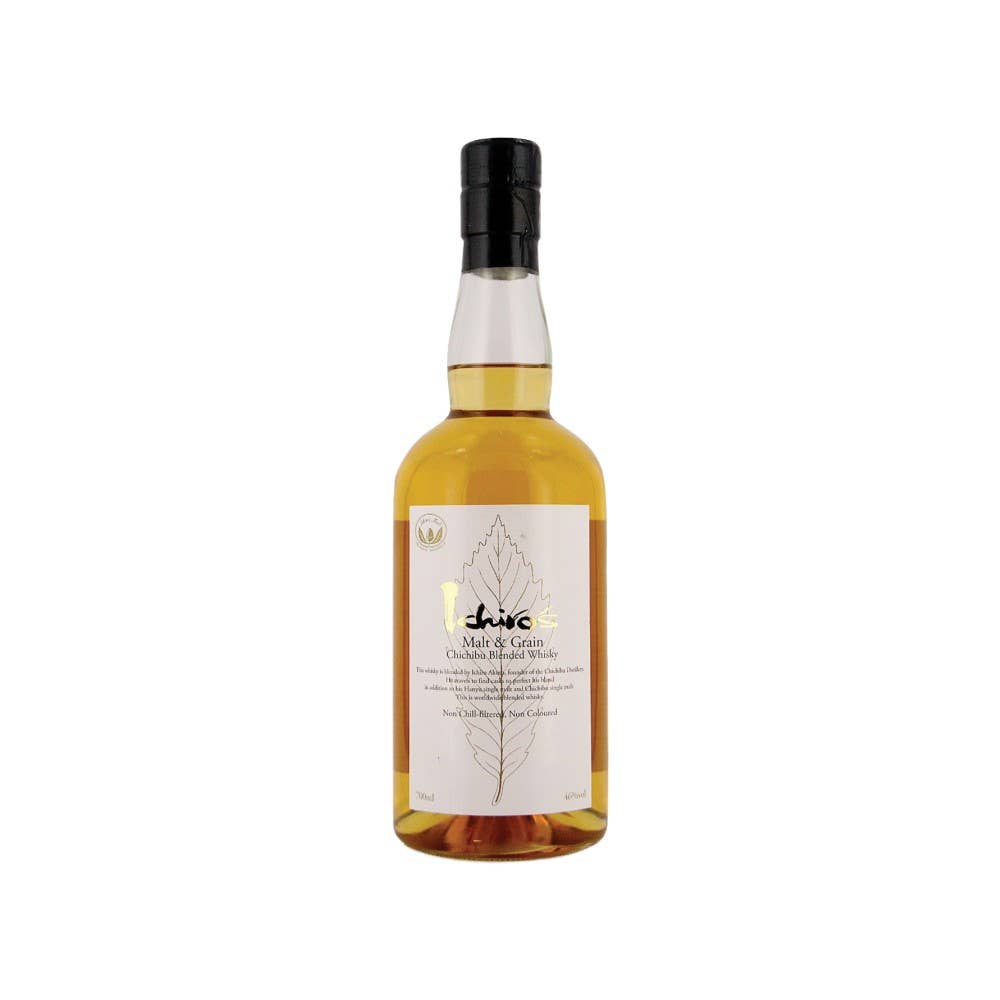 Patrick describes Ichiro Akuto as “a rockstar of the Japanese whisky world,” and the many impressive whiskies coming out of Chichibu take his name. The Malt & Grain is labeled a “worldwide blend,” and forms the first step into the world of Ichiro’s Malt whisky. “Super drinkable,” says Patrick, of the spirit’s tropical and dried fruit flavors. 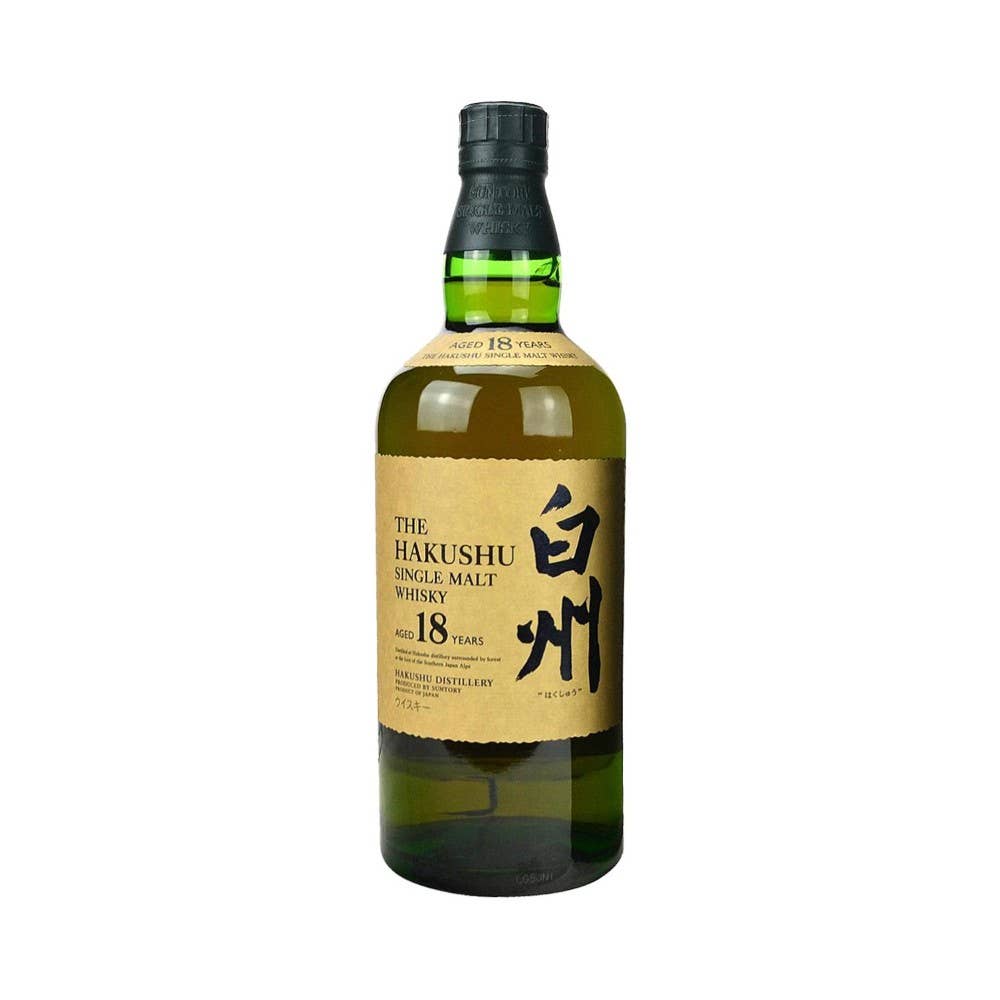 “Restrained but peaty,” describes Momosé, who calls this whisky “beautiful,” and says that you can’t go wrong with it. Though not priced unreasonably ($250 to 300) in stores, it can be hard to find and secondary market prices can quickly quadruple that. But for someone looking to invest in a peated single malt, the flavors of green apple and lemon thyme that sneak around the smokiness of the peat make this a choice bottle. 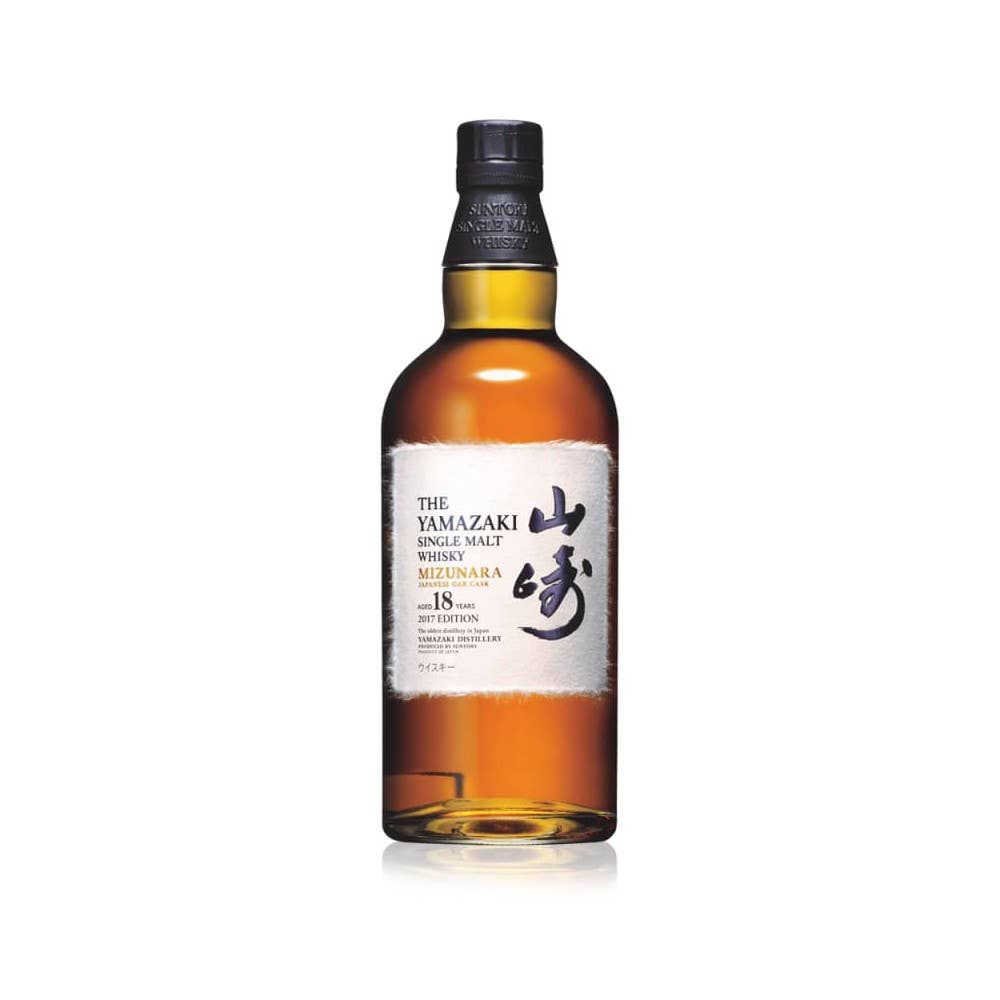 Say you have a ton of money, and maybe a bit of extra time to look for an incredible bottle to just absolutely bowl you over: This is the one you want. Its bold flavors start with unmistakable notes of butterscotch, but, describes Patrick, “older oxidized butterscotch candy that hasn’t had its wrapper in a year,” rather than standard straightforward sweetness, before flowing silkily into an umami-laden finish.

Thanks to the spirit’s recent popularity spike in the United States and beyond, and in hopes to weed out imposters or lesser-quality products, Japanese producers are banding together to define what the term “Japanese whisky” really means. Earlier this year, the Japan Spirits & Liqueurs Makers Association announced new labeling standards, focusing on transparency. Though the involved producers choose to do so voluntarily, the association requires anything labeled as Japanese whisky (or using related names or symbols) to use malted grains and water extracted in Japan; to do certain elements of processing in Japan, including fermentation, distillation, and bottling (at a minimum of 40% ABV); and to be matured in wood casks for at least three years in Japan.

Scotch lovers and whisky drinkers are already familiar with the term single malt, which is a malted whisky made from malted barley (as opposed to grain whisky, which is made from corn, rye, wheat, and maybe some malted barley) at a single distillery. Similarly, blended whisky is made by blending from various distilleries. However, because Japanese whisky producers often operate multiple distilleries in different parts of the country, these can all be (and usually are, unlike in Scotland) from the same producer, just from different locations. The term pure malt is no longer used in Scotland, but is in Japan, to mean a blended malt whisky. Another term specific to Japanese whisky is world whisky, which is used by distillers in Japan to describe their spirits that don’t fit the qualifications of Japanese whisky—ones that have been made or aged elsewhere, have low ABV, or any other disqualifying element.

Most whisky today, in Japan and elsewhere, ages in American white oak, but different woods used in the cask change the flavor, and some of the best Japanese whisky branches out from that. Sherry casks tend to bring dark fruit flavors, while shortages during and after World War II drove distillers to use a Japanese oak called mizunara, which lends a beguiling flavor often described as sandalwood or coconut. However, the use of this wood isn’t particularly sustainable: Mizunara trees take 150 to 200 years to grow large enough to use, plus it doesn’t grow in a conducive shape to turning into barrels, making it expensive and rare.

How is Japanese whisky different from other whisky?

For one, “Japanese whisky doesn’t get over-diluted,” says Momosé, noting that there are 10-plus different servings of whisky and water in Japan, including ice, club soda, and other highballs. But the only hard and fast rule in Japan is that you can’t use koji—rice. The new labeling standards will go some distance to help solidify what makes Japanese whisky different, but as of right now, “it’s the Japanese expertise in blending that is making it so special,” says Momosé. “That is what makes it unique to Japan.”

How should I store Japanese whisky?

Storing Japanese whisky is pretty simple—keep it in a relatively cool place, out of direct sunlight. Once open, a little bit of oxygen is okay, but when you get to around 40% of the way through, says Patrick, “you have about a year until it turns.” Not that it will go bad, but he adds that “it loses about 80 to 90% of the characteristics the person who made it wanted it to have.” To keep it beyond that, both Patrick and Momosé suggest spraying a bit of argon gas into the bottle (similar to what the Coravin system uses for wine) to stop the continued oxidation. “But whisky’s meant to be drunk,” says Momosé. “So I do hope people are opening special bottles and enjoying them.”

What mixes well with Japanese whisky?

“A drink is only as good as the poorest ingredient you put in there,” says Patrick. So if you buy a bottle of Hibiki Harmony to make fancy Old Fashioneds, he says, “spend the extra money to get nice bitters and demerara sugar.”

Japanese whisky sits on the precipice of exciting times, as the stronger labeling standards go into place and more aged product comes onto the market. “I’m excited to see what actually happens,” says Patrick. “As of right now, it’s scarce,” but he expects the next five to ten years to bring a boom to the category, with products more sustainably-produced and accessible, plus new spirits coming to the market. If you can’t find bottles at your local liquor store, says Momosé, “check out the bar.” That’s where you can taste rarer whisky without having to spring for, or track down, entire bottles, and will find newer distilleries, like Akkeshi, which both she and Patrick mentioned as something new that they couldn’t wait to see more widely available.