The Best Bourbons for Gifting, Mixing, and Straight-Up Sipping

We’d happily serve any of these neat. 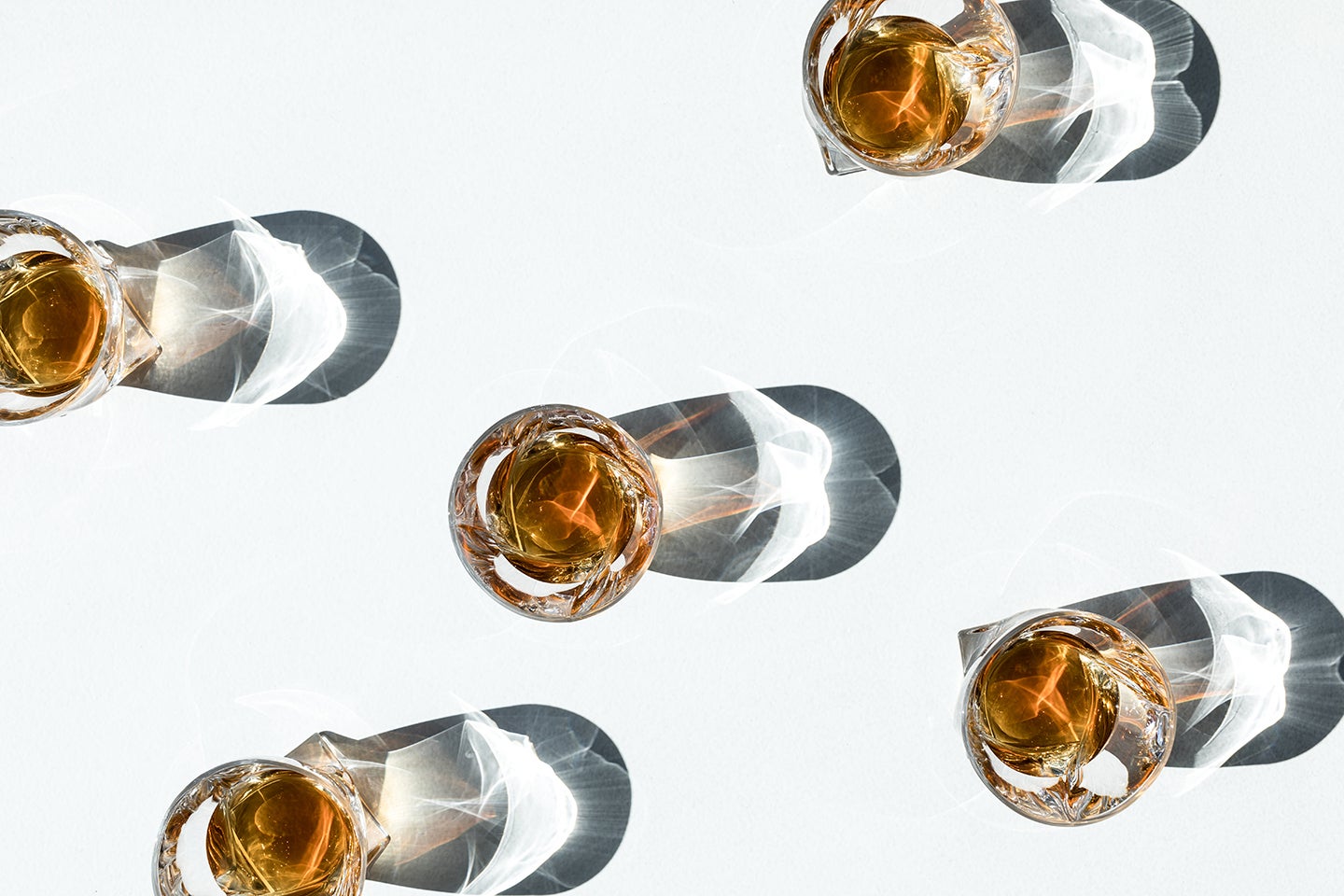 Bourbon isn’t just a category of spirits—it’s a culture. The best bourbons are highly sippable and collectible, which is why this beloved category of American whiskey lends its signature smooth flavor to everything from maple syrup to candles. According to the Distilled Spirits Council of the United States, over 28.4 million cases of bourbon were sold last year. Clearly, it’s not going out of fashion anytime soon.

If you haven’t sipped much bourbon without a mixer, learning quality and what’s worth collecting for your home bar can be a steep task. “What’s most important is that it’s subjective,” says Bill Thomas, a renowned whiskey expert and the owner of Jack Rose Dining Saloon in Washington, D.C. “If you think it’s amazing and you enjoy drinking it, start there.”

In order to make your shopping a little easier, we consulted the experts to find seven category standouts varying in budget, availability, and use. Although we do choose the best straight sipper, we’d happily serve any of these neat, no ice or mixer required.

Features to Keep in Mind When Shopping for Bourbon

Technically, bourbon can be aged for any length of time, although the aging process often adds prized vanilla notes. “Straight” legally means it has been aged for two years, and “bottled-in-bond” for four years, which are both good places to start. Aging typically translates to an increase in price, as it means distillers must delay profit and dedicate storage space until their product is ready to be sold. Industry folks in-the-know often note that bourbon can be overaged, which can give the whiskey too much of the oak’s characteristics, but we’d never suggest any which suffers from such a malady.

Each barrel of bourbon roughly yields 250 bottles. The smaller the bottling run (how many bottles are filled at a time), the higher the price—and more distinctive and collectable the bottle. “Blend,” “small batch,” and “single barrel” are all terms used to denote how many barrels were emptied to bottle the particular batch. A blend is a mix of multiple barrels chosen by the distiller to achieve a particular profile (and it’s the most cost friendly of these three), a mid-priced small batch uses fewer barrels for that bottling, and a top-shelf single barrel is bottled from one barrel at a time.

Bourbon is the official spirit of the United States, so in order to be labeled bourbon, a whiskey must be 51% corn and produced in the USA. Most bourbons are made from a blend of corn and a wildly individual combination of wheat, barley, rye, or even alternative grains such as rice or oats.

It’s a little tricky to, well, distill the distillation process down into simple steps. Generally, water is added to grains and cooked in either a sweet mash or sour mash. The mash is then cooled, yeast is added, and the mixture is allowed to ferment. Up to this point, the process is similar to beer production, but then it goes further by boiling the resulting fermented liquid, capturing the steam, cooling it back down to a liquid, then funneling that liquid into barrels to age.

By law, bourbon cannot be made higher than 160 proof (or 80 percent ABV), with standard bourbon bottlings averaging between 80–95 proof. Typically, bourbon is “proofed down” by adding water to dilute it to the alcohol by volume the distiller desires. The term “cask strength” means that dilution did not occur and the proof, or alcohol content, is the same when the bourbon was removed from the barrel or “cask.” Cask strength proof usually ranges around 110 proof and up—high octane stuff.

“This bourbon is totally different from any other bourbon on the market, but what’s so interesting about it is that High Wire has really gone back to literal tradition and thought inside the box,” says Thomas. It defies the modern tradition of mixed mashbills and long aging by going back to the source: corn.

Distilled in Charleston, S.C. with a landrace corn called Jimmy Red, High Wire Distillery’s bourbon has a 100 percent corn mashbill and is only aged a minimum of two years (some bottlings might vary a little beyond that), and yet it has complex tasting notes of baking spice, graham cracker, cinnamon, and vanilla. It’s also aged in seasoned oak. “If there is a must-have bottle that most represents what ‘bourbon’ means, Jimmy Red has the benchmark of oak, vanilla, and caramel,” says Thomas.

Thomas is a fan of Evan Williams B-in-B because it will hold up to whatever you want to do with it. It’s retail price typically ranges from $15-19 a bottle, making it a great low-cost entry point. A double gold winner at this year’s San Francisco Spirits Competition, it has classic bourbon notes of vanilla and oak, followed by a warm, dry finish.

Bottled-in-Bond is a US Government standard that guarantees a whiskey has been aged four years, bottled at 100 proof, and clearly labeled with the name of the distillery who made it and Distilled Spirits Plant (D.S.P.) number in which it was made and bottled. While Evan Williams, which comes out of the Heaven Hill Distillery in Bardstown, is by no means the only bottled-in-bond bourbon on the market, it’s one of the most delicious and accessible countrywide.

The Four Roses family of bourbons has “something for everybody,” says Demi Natoli, a Nashville-based bartender who currently splits her time between LA Jackson and Attaboy. “The Yellow Label is great for shaken cocktails that skew a little more refreshing—it provides great results and great value—and the single barrel is wonderful for stirred and more spirit-forward cocktails.”

The Yellow Label is aged a minimum of five years and its slightly lower proof (ideal for many whiskey cocktails) while the Single Barrel sits in charred oak for seven to nine years and is bottled higher proof. Both have won a bevy of awards throughout the years, including the Tried & True Awards from Ultimate Spirits Challenge.

Creamy, dreamy, and a stunner on the bar cart, Thomas says the nose on this beaut is reminiscent of vanilla lemon cake. This Kentucky straight bourbon comes in a signature bottle modeled after the original Willet still blueprints. The contents are a blueprint for how pleasurable an unadulterated sip can be. “I’ll pour this when I’m in the mood for sweet, spicy creaminess,” says Chris Hannah of Jewel of the South in New Orleans.

This is the bourbon that has transcended the category to become a cultural icon. It’s significantly aged (23 years!) and made in limited quantities (just a few thousand cases a year!), yielding a special reputation and high price to match. The demand outweighs supply, resulting in perhaps the most desirable bourbon around. Ribbons of vanilla, honey, and sweet maple weave their way through the palate, accented by citrus and spicy notes. One sip makes it obvious that you’re drinking one of the most iconic spirits in the world—one that has been crafted carefully and matured slowly in Kentucky.  It’s an amazing way to say “welcome to the family,” “thanks for the support,” or “let’s sign that deal.”

Multiple brands come out of the Buffalo Trace Distillery (including the aforementioned Pappy), but for sheer pleasure of everyday bourbon drinking with friends, Thomas suggests this namesake spirit. “There is really no bigger gift to the market than Buffalo Trace,” he explains. “It’s one of those bottles you can drink with friends without having to really think about it, and the deliciousness just enhances the overall experience with them.” A low rye mash bill creates a smooth taste with notes of mint and molasses that’s complex enough for a round sip and good neat, on ice, or even in a cocktail.

“[Shane Baker and Pat Heist] are the smartest two guys in the industry,” says Thomas. “They have reverse engineered the bourbon-making process, they ask the right questions, and they have an academic way of looking at tradition.” The two former rock band members meld science with tradition, most notably in their unique infusion mashing process, which applies a precise amount of heat to gelatinize grains’ starches without degrading quality. Combined with their sweet mash process, it brings out the delicious nuances of naturally sweet corn and peppery, spicy rye.

The silver comes in two styles: wheated bourbon (64 percent corn, 24 percent wheat, 12 percent barley blend) rye bourbon (with 24 percent rye instead of wheat). Thomas predicts this distillery is only going to get more renowned, so this is a star bottle to add to your collection now.

What’s the difference between bourbon and whiskey?

This all goes back to the mashbill, the whiskey world’s term for a recipe. By law, bourbon must be 51 percent corn, but that other 49 percent will more often than not include wheat and/or rye grains. Unless the bottle is made from 100 percent corn, then the answer is no.

How long does bourbon age before you can drink it?

Should I keep my bourbon in a decanter?

“Sure, decanters look cool and all but after a month, it’s the best way to deteriorate your whiskey,” says Hannah. Keep in the original bottle with the original cap for best storage and store the bottle away from a window. If you have a large collection in storage, placing saran wrap over the cap seals can be extra insurance against exposure to air.