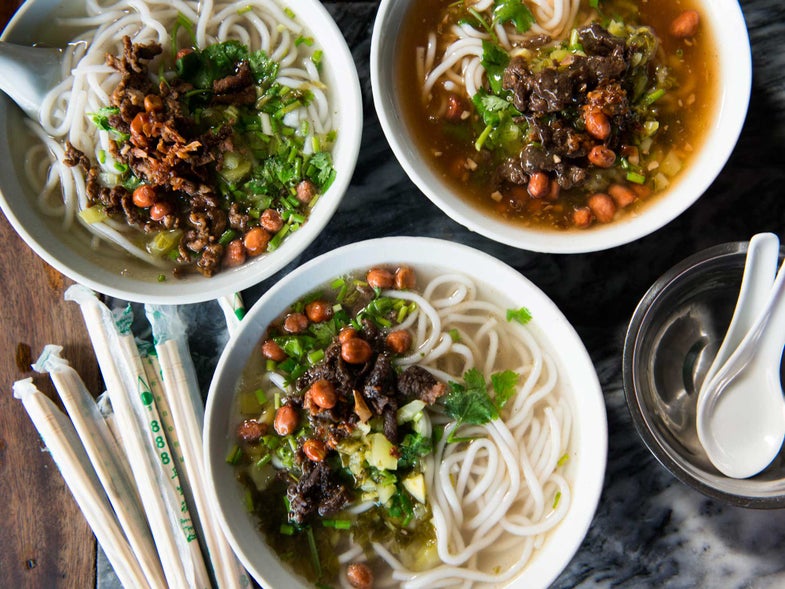 This vibrant noodle soup, a staple of nighttime street-food stalls in Wenchang, is built on a fragrant broth, so be sure to use a homemade version. though these food stalls typically make the noodles by hand, thick Filipino “luglug” noodles are a good alternative.

Featured in: The World’s Best Chicken Comes From Hainan