On the Joy of Simple Cocktails

Judge a drink for its taste and not its accessories 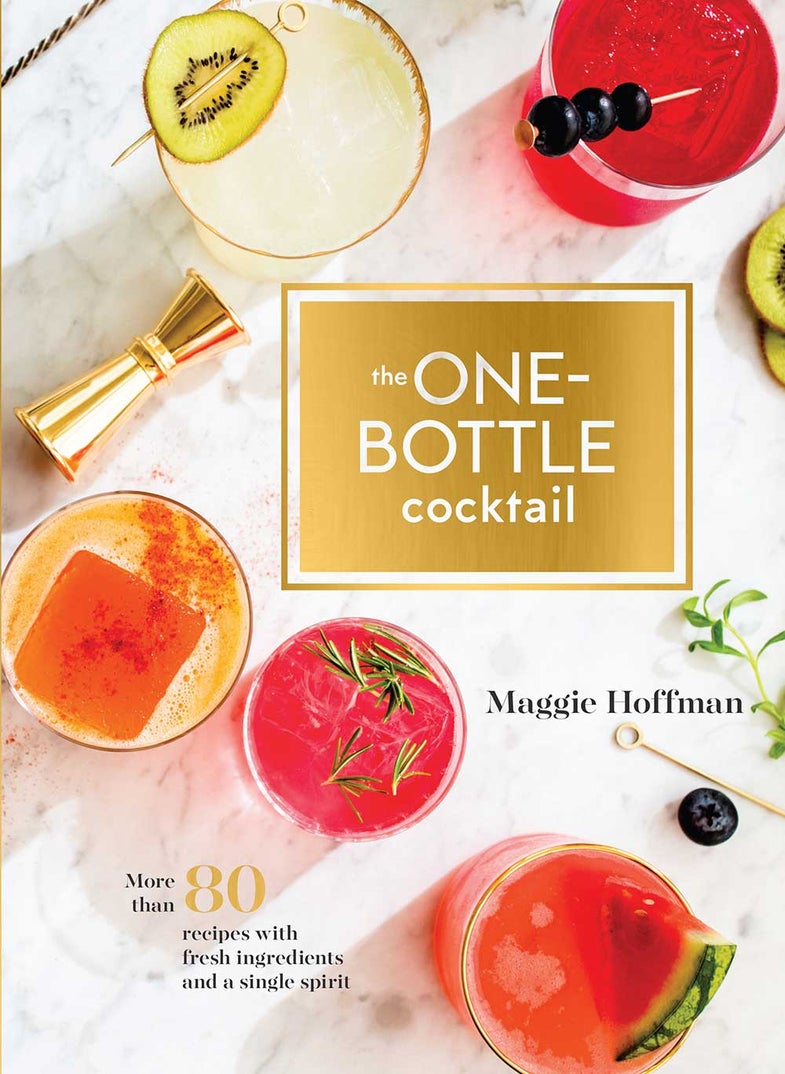 First there was flame, then there was smoke, which was captured in a glass and presented for a sniff before the cocktail came pouring in. At the table next to ours, a porthole-shaped circle encased an infusion of chilies and herbs, like some sort of alcoholic stained glass window. Another guest marveled at a fizzy drink trapped in an ice bubble.

My cocktail was served in a delicate bong, the liquid stained purple with butterfly pea flower, and I was instructed to first blow bubbles into the little pipe to dislodge the ice, and then suck down the drink.

I thought to myself: This is strange and delicious.

But also: How the hell did we get here?

The story of the recent cocktail renaissance answers that question. It’s elegantly told in Robert Simonson’s A Proper Drink: The Untold Story of How a Band of Bartenders Saved the Civilized Drinking World. To give you a brief, and much less elegant, summary: In the ’90s and early aughts, which for many of us were lubricated with Kamikaze shots and fruity ‘tinis, a few dedicated nerds tracked down some out-of-print cocktail books, including Jerry Thomas’ 1862 Bon Vivant’s Companion and his later Bar-Tender’s Guide. While the rest of us didn’t much care what was in our Long Island Ice Teas, the early aficionados stalked ingredients that had become unavailable, slowly adding bottles to their arsenal that could unlock the keys to forgotten concoctions.

Dale DeGroff was far ahead of the trend, stirring Manhattans at the Rainbow Room in 1987. In the mid-90s, Angel’s Share brought New Yorkers a taste of the elegant, serious Japanese style of bartending. Sasha Petraske sat at the altar of that gorgeous bar, admiring the crystalline spears of ice and strict rules of etiquette. Marcovaldo Dionysus started pushing classic cocktails at Absinthe in 1998 on Hayes Street in San Francisco; Petraske opened Milk & Honey in a former mah-jongg parlor on Eldridge Street a year later. Internet discussion boards began to buzz with recipes and pictures of dusty bottles; drinks specs traveled online from one coast to another. Soon more bars sprang up to serve the newly uncovered classics alongside experimental riffs, to larger and larger crowds.

The press caught on, and as bars began to garner as much attention as hot new restaurants, bartenders themselves made for fresh copy. As cocktail writer Camper English, who started Alcademics.com in 2005, puts it, when “bartenders reevaluated the classic cocktails, some rediscovered not just the long lineage of drinks, but [the tradition] of bartenders as subject matter experts.” Those who gave good quote became known outside of their bars.

And while some of the bars continue to this day to focus on elegantly simple drinks, others found that the flashier the cocktails were, the more attention they got. While many bartenders focused on introducing consumers to unfamiliar cocktails, spirits, and liqueurs, some were inspired by El Bulli and the foam-and-encapsulated-orb school of modern gastronomy, and practiced these bizarre arts on the stages of cocktail competitions worldwide. (Others did these sort of things—smoking Coke and crafting absinthe gummy bears—as something of a joke.)

Simonson recently put it to me this way: “A bartender needs a parade, air show, and 21-gun salute to win the over-the-top international cocktail competitions.” English, who often serves as a competition judge, sees the entries as a preview of bar trends to come: “I can’t tell you how many times I saw smoked cocktails under bell jars at competitions,” he recalls, “years before they started appearing in bars. They were, in a way, the first instagrammable cocktails, pre-Instagram. But now a lot of these color-changing, lit-on-fire, served-in-a-diorama cocktails are found in bars around the world.”

Competitions encourage a culture of one-upmanship in cocktail design, and Instagram and its ilk fan the flames. “There’s often the feeling that [new] drinks need to push boundaries and every offering needs to blow someone’s mind,” says Shanna Farrell, author of Bay Area Cocktails: A History of Culture, Community, and Craft. At Birch in Los Angeles, Gabriella Mlynarczyk reaches for sea beans and oyster shells to infuse into her drinks, and rapid-ages Negronis in a sous vide circulator with charred barrel staves. “Every time I complete a menu,” she says, “I panic, because I wonder where the next round of inspiration is going to come from. The press always want something new, something not done before, and restaurant and bar owners want the press momentum to keep going.” She continues: “Guests want something new to try—or to Instagram.”

Simonson, who followed his history of the cocktail revival with a book called 3-Ingredient Cocktails, doesn’t blame bartenders for the escalation of cocktail complexity. “This may sound a bit severe, but I do believe that, nine times out of ten, a bartender creates a complicated cocktail because they can’t come up with a good, simple one. It’s not their fault, really. It’s just that all the obvious combinations of spirits and modifiers were thought up and cast into a coupe eons ago.”

But Camper English doesn’t think the fancy-drink arms race is a bad thing: “I know how to make a basic Negroni at home, so I quite enjoy the bars that make super complicated drinks that I’ll never be able to reproduce. I don’t order peanut butter and jelly sandwiches when I go out to a restaurant for the same reason.”

And the truth is, bars have gotten better and better at serving complicated drinks efficiently: While a menu may list a drink’s 8 or 12 ingredients one by one, it’s common that the whole drink—or at least the many spirits and infusions without bitters, syrups, or citrus—has been batched and bottled so that each order requires picking up just one or two items before stirring or shaking. Morgan Schick of Trick Dog in San Francisco, whose current menu includes a cocktail with cream cheese-washed Ford’s Gin, fino sherry, Pimm’s, absinthe, everything bagel spice syrup, and smoked sea salt, explains that the spirits for their entire menu are bottled in the proportions of each drink, requiring easy access to just 12 bottles of spirits all night long: “If we built them all to order we would need 60 or 70 bottles in the well for some of the menus.”

It’s worth it for bars to prep numerous infusions and batched combinations of spirits and liqueurs; they’re going to serve each drink over and over hundreds of times. But at home, this effort just isn’t worth it. And if you turn to books for home drink-making inspiration, many of the recently-released volumes don’t make things much simpler.

“I didn’t write the book [3-Ingredient Cocktails] because cocktails have become too complicated,” explains Simonson. “I wrote it because cocktail books have become too complicated.” In the beverage-book boom, volumes from famous bars and famous bartenders are king. “The recipes are mainly originals and—simply because it’s hard to come up with a new cocktail today that is both good and simple—fairly ornate.” They call for a plethora of expensive (and sometimes hard to find) spirits, liqueurs, and aperitivi, plus falernum and orgeat, infusions and bitters. “As a result, many of the books just become attractive doorstops, unused by their buyers.” Simonson aims “to remind the home cocktail enthusiast that there are lots of fine drinks—many classics, some modern—that can be achieved easily with just a few products and a little effort.”

I may preorder the Aviary cocktail book the way one buys a guide to an exhibit at a museum. I’m not going to acquire a rotary evaporator or a blast chiller any time soon; the place for such things is a special occasion at a special bar. I’ve realized that slimmer volumes like Simonson’s latest are a treasure. It’s not that I require a recipe to make a gin and tonic, but I do need a reminder to put the last few ounces of my sweet vermouth into a few rounds of an Audrey Saunders drink called the Little Italy, which gives the Manhattan a wonderfully bittersweet slant with vegetal Cynar. Cocktails like that are remarkably complex in flavor without asking much of us in the making.

If you don’t have Cynar on hand (or the Suze, sherry, and liqueur needed to work your way through Simonson’s other selections), I’ve been working on a companion volume for you which also shares complex-tasting drinks that don’t require complicated prep or a obsessively, expensively-stocked liquor collection. Over the past year, I’ve sent my favorite bartenders to stalk the secrets of the pantry and the grocery store aisle, taken away their liqueurs and bitters—it’s tough love—and tasked them with focusing on a single spirit, plus fruits and vegetables, commonplace sodas, vinegars, jam, spices, and the complex flavor of honey and maple.

With a chai tea bag, sugar, some lemon, and balsamic vinegar, you’re on your way to a great rye drink. Buttery oolong meets its match in malty Scotch, and the bitterness and sweetness you need to balance the drink come from orange marmalade.

If you come over, I’ve got an easy recipe and bottle of mezcal ready. I may apologize that your drink won’t come in a porthole or a bong. But it will be delicious.