The Pour: The Mexican Outlier Spirit

Unlike its boozy brethren, sotol isn’t made from agave 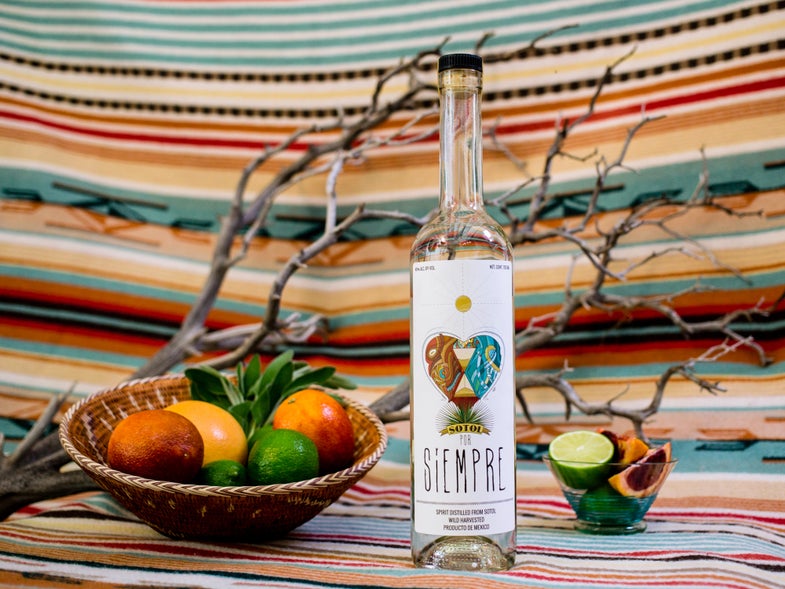 In the past few years, a trio of previously little-known Mexican spirits often referred to as regional mezcals —bacanora, raicilla, and sotol—have started trickling into the United States. Bacanora and raicilla, which hail from Sonora and Jalisco, respectively, are derived from agave like many other Mexican spirits, including tequila and, less famously, pulque, a fermented alcoholic beverage from Aztec times. Sotol is distinctive in that it is not made from agave, but a semi-succulent relative which is also known as sotol or desert spoon. Why is that significant? Well, agave can take anywhere from eight to 20 years to mature and once the piña, the heart of the plant, is harvested, the plant is done—a fact that has spurred some hand-wringing about the sustainability of agave-based spirits, which have surged in popularity in recent years. Sotol takes a similar amount of time to mature, but it can be harvested multiple times if done in the right way by hand. It may just be the sustainable answer for mezcal-thirsty drinkers.

Produced in the northern Mexican states of Chihuahua, Coahuila, and Durango, sotol is made by either roasting piñas over wood fires (like mezcal) in earthen pits or steaming in ovens (like tequila). In some Mexican circles, sotol has a reputation as moonshine, but the ones coming here are a far cry from rotgut. There are now a handful of sotols in the U.S.: Don Cuco Sotol arrived first, followed by Hacienda de Chihuahua Sotol, Ocho Cientos Sotol, and, most recently, Sotol Por Siempre ($40; astorwines.com), which just debuted here last May. “Por Siempre is my favorite,” says Ivy Mix, co-owner and head bartender of Leyenda, a new Brooklyn cocktail bar focused on Latin American booze. “The distillate is clean and very well made, and does a good job of expressing what the plant can be.”

Sotol Por Siempre is popping up at cocktail bars and restaurants around the country: Dove’s Luncheonette in Chicago, Death & Co. and Mayahuel in Manhattan, and Zig Zag Café in Seattle. Like many bartenders, Mix just recently started experimenting with sotol in general, and Por Siempre in particular. “It’s kind of a juniper-y mezcal,” she says of Por Siempre. “It’s a peppery, minty spirit with nuanced smoke—it doesn’t beat you over the head like some mezcals.”

Resist the urge to culturally profile the stuff and dump it in a margarita. The spirit, according to Mix, is very good in stirred cocktails, like a 50/50 martini (Mix likes 1 part Dolin Dry, 1 part Dolin Blanc, and 2 parts sotol with a couple dashes of Regan’s orange bitters). You could also shake it with lime juice, simple syrup, and Regan’s bitters like a gin gimlet. Whatever you do, let the elegant spirit shine.