A soul-soothing bowl made with a rich and savory broth and tender Alsatian-style dumplings. 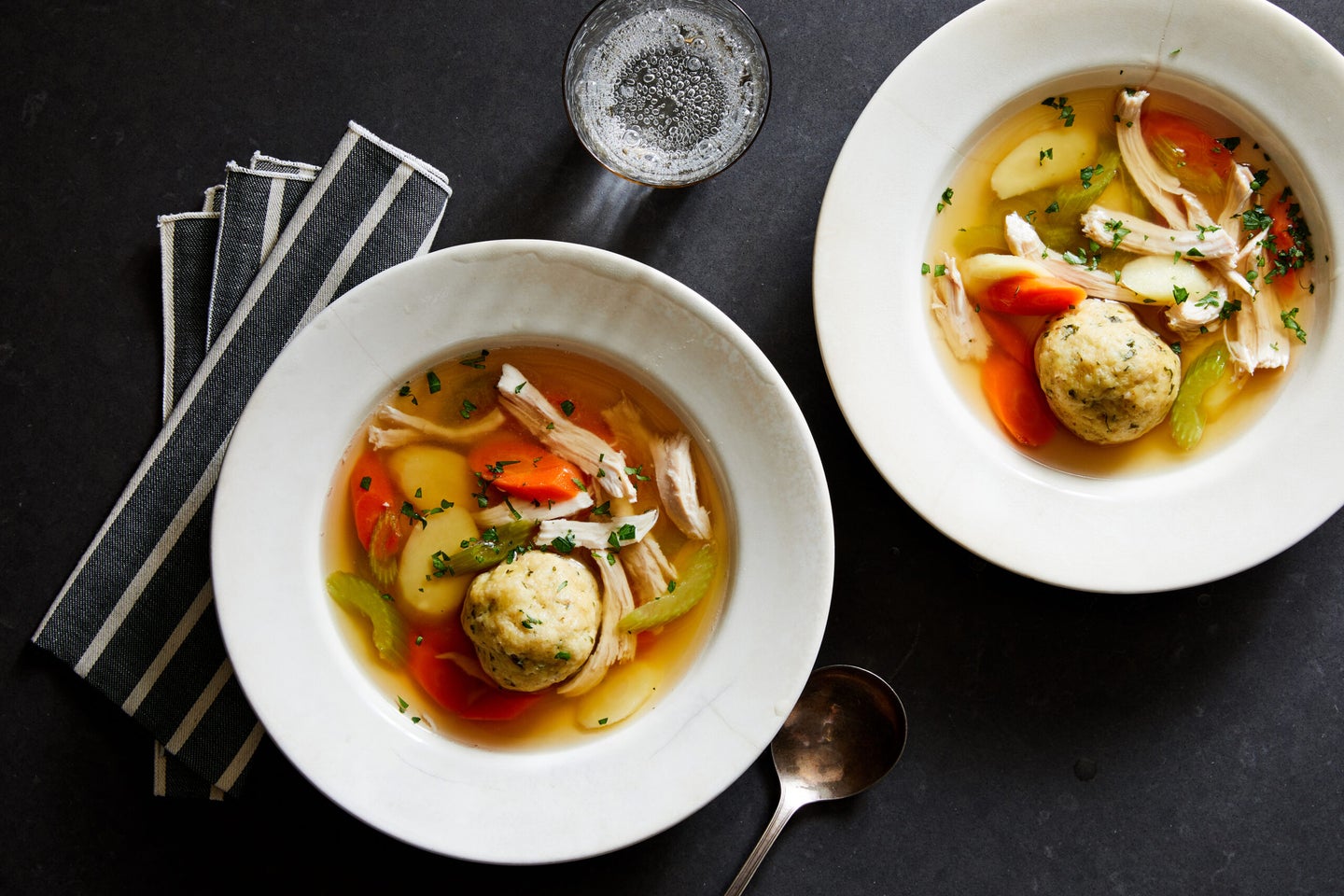 When Elyssa Heller, owner of Edith’s Eatery & Grocery in Brooklyn, was growing up, her mom made matzo ball soup every year for Passover. But she also prepared the dish throughout the entire year—for Heller whenever she was sick, or even for regular weeknight dinners.

Today, Heller considers this belly-warming recipe, which has evolved throughout the decades, a symbol of the long and winding journey of Jewish people to America. Her mom added her own interpretations to the traditional techniques—like roasting the chicken separately and including lots of parsnip in the broth—resulting in a richer, sweeter matzo ball soup that Heller considers comfort in a bowl.
Featured in: “For My Family, This Passover Staple Is Year-Round Comfort Food.”

For the matzo balls: