Every time-pressed cook should know about this simple technique for juicy, flavorful fish. 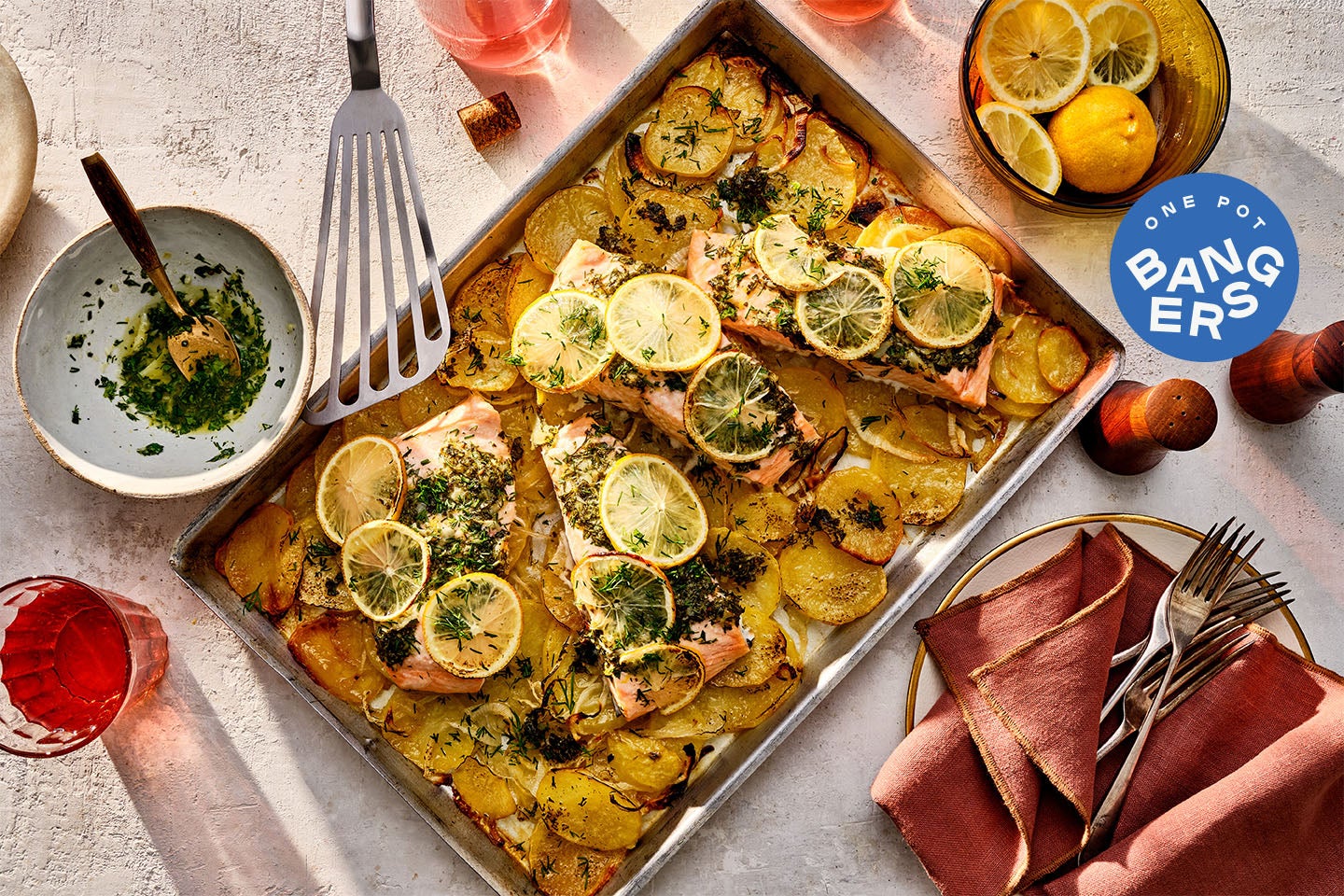 Welcome to Benjamin Kemper’s weekly column, where you’ll find our freshest, boldest cooking ideas that require just one pot, skillet, or sheet pan. Busy week? We’ve got you covered with these low-effort, high-reward recipes from around the globe.

Centuries before sheet pan dinners flooded our Instagram feeds, Mediterranean cooks were devouring baked fish and potatoes with gusto. The classic formula, which I’ve borrowed from Catalan cookery, is as follows: drape seasoned fish fillets (or, if you’re not in a hurry, a whole fish) over a bed of par-roasted spuds, then bake everything together until the potatoes have sponged up the oceany juices.

In Spain, the potatoes we eat with fish are usually thinly sliced, swimming in olive oil, and roasted until meltingly soft with brown, crackly edges. They’re called patatas panaderas—literally, “bread baker’s potatoes”—and they hark back to a time before most Spaniards had ovens. The town panadero would roast vats of potatoes for patrons to take home and serve with their meals. I sometimes daydream about this bygone era of peasants taking their daily catch to the town oven. What would they have chatted about while their fish sputtered in the flames?

Bronzino and gilt-head bream are the go-to fishes for preparing “al horno” here in Spain, but I like putting a Nordic spin on things by substituting salmon for its oily richness. It plays wonderfully with dill, but reach for whatever fillets look freshest at your local fish counter. The leftover roasted garlic can be swirled into buttery mashed potatoes, spread on crostini, or stirred into mayonnaise to make a mellow aïoli.