Three simple ingredients—ginger root, sugar and water—form the base for the best ginger beers every time. Yeast, which is added to start the fermentation process, is what differentiates ginger beer from ginger ale, and the end result is a spicy, fizzy drink with varying levels of intensity and sweetness. The market for ginger beer has exploded in the last few years, with products ranging from spicy, ginger-saturated bottlings that will wake up your digestive system to gentle standalone sippers elegant enough for cocktail mixology.

Ginger is an ancient root used in many cultures as a healing tonic. While ginger beer is often associated with Jamaica and other Caribbean countries, it originated in England in the 1700s, the ginger coming from Asia and the sugar coming from the Caribbean, all discrete cultures that intersected along the Spice Route. Today, ginger beer is popular worldwide as an accompaniment to spicy foods that wine would overwhelm, as well as sweet sauces that need contrast—and it’s still considered a reliable natural digestif. 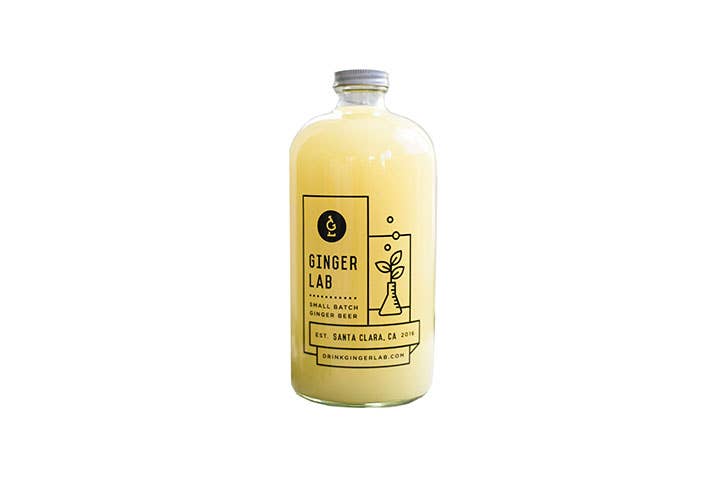 Why we chose it: Ginger Lab Original Brew is bright, fresh, spicy (but not too spicy) with a hint of lemon, and it works well as a standalone drink or as a mixer.

While this freshly made ginger beer hails from Northern California, it is shippable anywhere and well worth the freight. It’s the kind of ginger beer one might aspire to make at home, with distinct, integrated flavors, just enough sweetness, and a spicy elegance. The 32-ounce growler is an excellent value, and the apothecary-style packaging is very appealing. 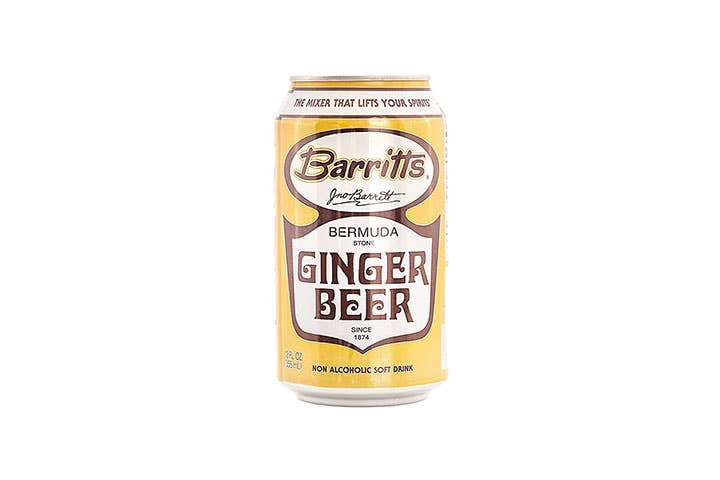 Why we chose it: An affordable and convenient mixer, Barritt’s Original Ginger Beer has a great origin story (founded in Bermuda in 1874) and continues this Carribbean tradition now with a global reach.

Barritt’s is a workhorse ginger beer mixer. It doesn’t stand out on its own, but blends nicely with cocktails (alcoholic and non-alcoholic) and has a long history as a favorite with fans of the classic Dark ‘n’ Stormy. Because it isn’t too strong, it plays as nicely with a wide range of spirits. 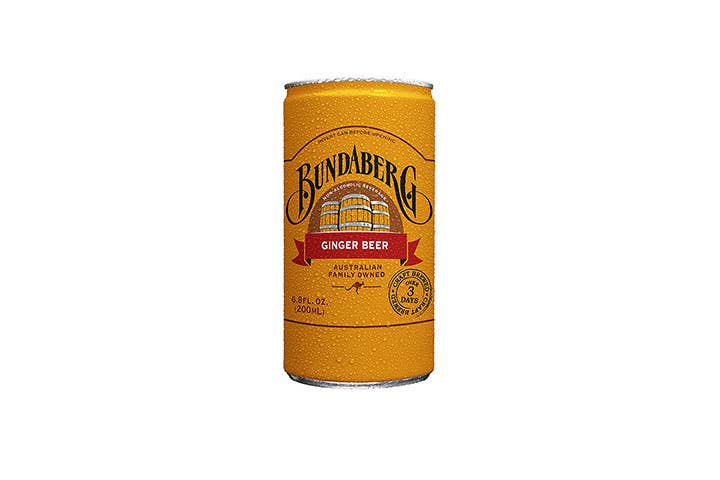 Why we chose it: Bundaberg is a classic, all-natural, long-brewed ginger beer with the complexity and depth of craft beer, making for a delicious standalone drink.

Australian brand Bundaberg is our top choice for the ginger beer we want to drink unadorned with dinner—distinctive, gingery, warming, and not too sweet. The long brewing process (up to three days) and the use of ginger grown in sub-tropical Australia result in a unique profile that’s refreshing any time of day and just as satisfying as a cocktail. 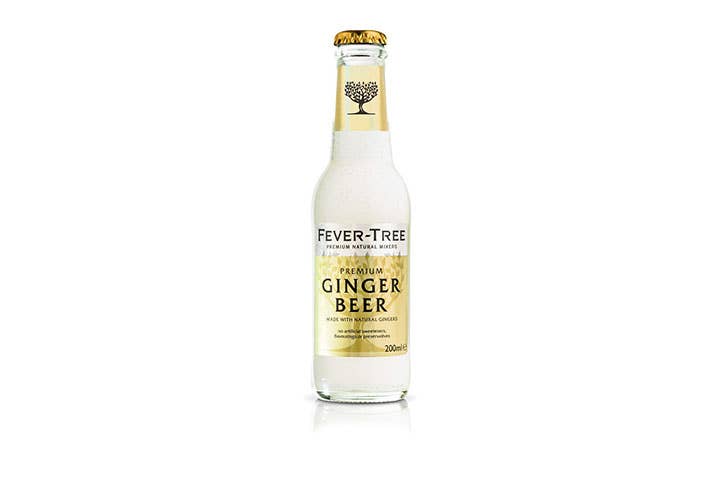 Why we chose it: Designed as a mixer, Fever-Tree Ginger Beer stands out for its ability to merge with a wide range of spirits with its nuanced, multi-layered depth.

Fever-Tree is deservedly all the rage among craft mixologists, both at-home and professional bartenders. The use of three types of ginger gives this product a range and depth that is helpful when creating a subtly complex cocktail. It’s not too sweet, so you don’t have to worry about overwhelming your recipe with the addition of fruit juice or other sweet elements. It’s also crisp and dry, which lends itself to restrained, balanced cocktails. It’s nice in the classic Moscow Mule, but even more exciting in inventive craft cocktails (see Fever-Tree website for recipes). 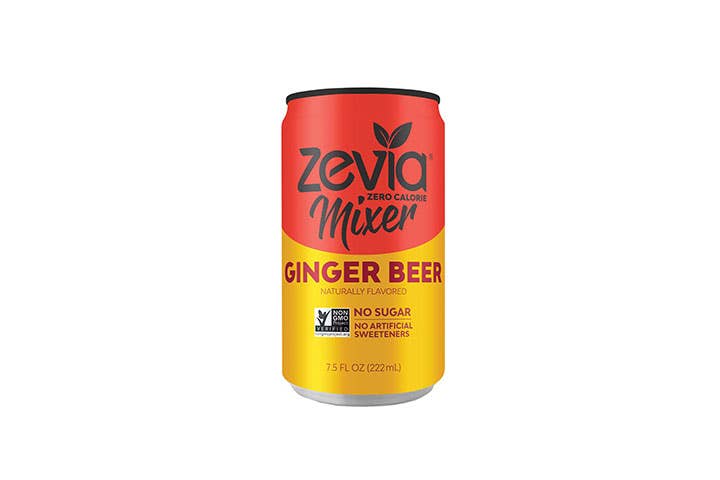 Why we chose it: Zevia has been in the busines of crafting low-calorie beverages for more than a decade, and its non-GMO ingredients are clean and transparent.

If you like stevia, you’ll love Zevia ginger beer. It is head and shoulders above the aspartame-laden diet ginger beers on the market. It does, however, present stevia as a prominent ingredient, so if you don’t like it, you may find that aspect prohibitive. It’s only mildly gingery, and somewhat reminiscent of licorice, so it’s somewhat unusual in its flavor profile, seems more like an herbal soda than a straight-up ginger beer. 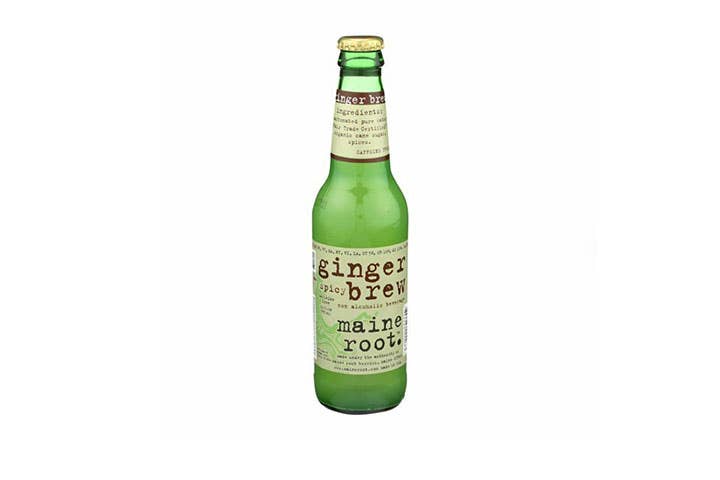 Why we chose it: Maine Root Ginger Brew is an grown-up non-alcoholic beverage—dry, lightly sweet, earthily herbaceous—that’s complex enough of an alcohol replacement to pair with food.

Maine Root was founded in Maine on the principle that good, clean ingredients are required to make good-tasting products, and this ginger beer succeeds in both the quality and flavor departments. It’s clearly a ginger-forward beverage, but spicy ginger notes are balanced with citrus and herb notes that lend depth and complexity. Pair this ginger beer with spicy Thai or Mexican food (it works like an Alsatian Riesling in its gentle sweetness). 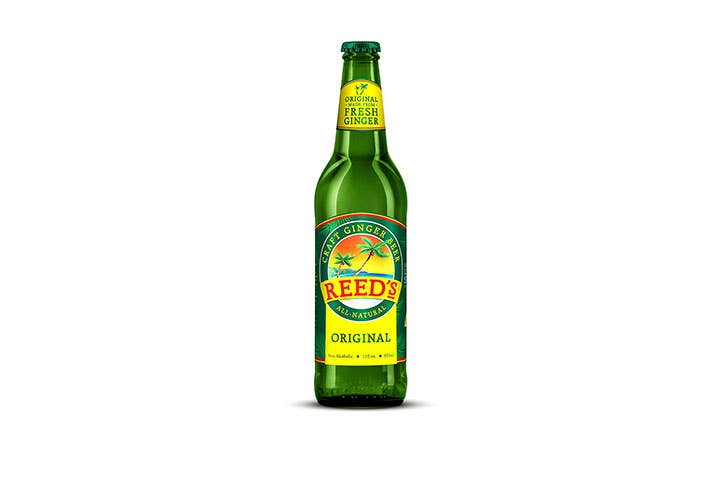 Why we chose it: Reed’s original recipe comes from Jamaica and uses fresh ginger root alongside citrus to achieve its classic ginger beer profile, which is spicy and warming without being overwhelming.

Classic Jamaican ginger beer is still the flag-bearer for the genre, and Reed’s nails it with its citrusy, balanced profile that comes from fresh ginger root. Fans love it for its resemblance to the simplest home recipes. Honey lends aromatic depth and body, while 17 grams of real ginger root per bottle ensures just the right spicy dose. 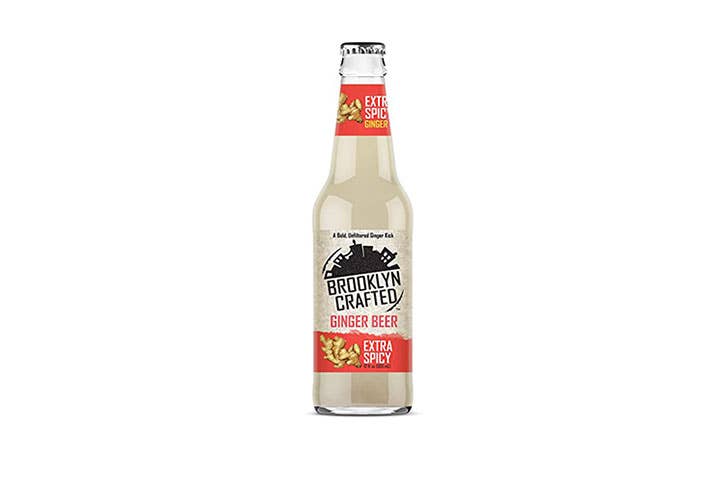 Why we chose it: Brooklyn Crafted Extra-Spicy Ginger Beer is designed to deliver maximum ginger spiciness while maintaining balance and integrated sweetness, and it succeeds with flying colors.

One of the newer players on the ginger beer scene, Brooklyn Crafted makes all kinds of artisanal non-alcoholic drinks, and the Extra-Spicy Ginger Beer delivers what it promises with over-the-top, saturated and satiating ginger flavor, which comes both from fresh ginger root and organic ginger extract. It makes a great Moscow Mule on steroids or a standalone pairing that stands up to fiery foods.

We tasted each of these at refrigerator temperature, both in standalone format and in a basic Moscow Mule recipe. We assessed each product in terms of flavor, clarity, distinctiveness, and complexity, as well as its ability to combine with vodka in a simple Moscow Mule recipe. We noted each ginger beer’s standalone presentation and its flexibility for mixology applications.

Features to Keep in Mind When Shopping for Ginger Beers

Ginger beers should be distinctly gingery, but profiles range from very mild to very spicy, and some are supported by citrus and herb additions.

Ginger is a popular spice with a number of reputed health benefits, the most prevalent of which is digestive support. Be aware of sugar levels in terms of your own dietary needs and limits.

On this list, the Brooklyn Crafted Extra-Spicy is the strongest, but the Ginger Lab comes in a close second.

All of the ginger beers on this list contain real ginger, but the ingredient can appear in many forms, including the fresh root and ginger extract.

Q: What's in a Moscow Mule?

A Moscow Mule is a cocktail combining ginger beer, lime, and vodka. Here’s our recipe for the classic, spicy cocktail.

Q: Is ginger beer good for your stomach?

Anecdotal evidence suggests that ginger can help relieve a mild stomach ache, as well as improve circulation by warming your intestines.

There’s a wide range of ginger beers on the market today. The best ones contain fresh ginger root and are artisan-crafted with an eye toward balance and versatility. Our favorite is the Ginger Lab Original Brew for its depth, balance, rich flavor, and ability to perform well as a standalone beverage and a mixer.