As temperatures drop and a dram of whiskey by the fire begins to sound like a good idea, it’s time to spice up your home bar. If you love bourbon, rye’s sassy baking spice character and cocktail versatility is well worth a try. It’s made from rye grain—the same ingredient found in distinctively earthy rye bread—so if you love the loaves, you might want to give this whiskey a try.

“It really works well in cocktails and pairing those cocktails with food,” says Mark Gillespie of Whiskycast, a popular beverage media platform with a long-running podcast. “The spiciness complements the flavors of many foods yet doesn’t get overwhelmed by it. It’s an excellent pairing with many Indian dishes. And the best way to learn pairings is by trial and error.” Sounds like delicious fun.

Traditionally manufactured in the Northern U.S. and Canada because the area was conducive to growing rye, the whiskey’s presence in American glasses almost disappeared with Prohibition. However, the past few years have seen a resurgence of the rye whiskey distilling throughout the country, including many distillers in states far away from the Great North. We consulted the experts to steer you through the store aisles for the best rye whiskeys to add to a home bar.

Features to Keep in Mind When Shopping for Rye

Reading the label is the best way to decipher what’s inside a rye bottle. “Straight” means that the whiskey is made from 100 percent rye grain. “Single barrel” refers to the fact that the bottle you’re holding contains whiskey from a single cask chosen for its exceptional flavor, not a few casks that have been blended together, and single-barrel is always going to be more top-shelf than its blended counterparts. “Barrel proof,” unlike most whiskeys which are “proofed down” with some water before bottling, means how strong the whiskey came out of the barrel is how strong it is in the bottle—in other words, higher proof than the average bottle of whiskey.

By law, the mashbill (the distillery term for recipe) of rye whiskey only has to be 51 percent rye to be labeled as such. The most common additional grain used is corn, which will add sweetness, so if you’re looking for a softer rye “bite” look for mashbills with a higher percentage of corn.

Rye can vary in its nose (the technical term for how it smells), but will almost always have notes of cinnamon and baking spice, a whiskey tasting term that can mean a combination of anything from clove to nutmeg or any other flavors you consider when thinking of apple pie or coffee cake. The spice notes are often accompanied by those of graham cracker, caramel, cherry, and even baking bread. “And there can be flavors of dill,” says Gillespie, which might show up in the nose, too. “There’s a bit of controversy around that. Some distillers like the flavor of dill, and others find it a fault.”

Rye is a whiskey, so aging is important to many consumers. Many ryes average between four to six years in a barrel, and special releases might be up to 17 years or so. However, rye aged less than four years can still be delicious, especially if it’s from a craft distillery using an heirloom or other variety of rye that packs a complex flavor profile into the distillate.

Best Splurge for a Gift 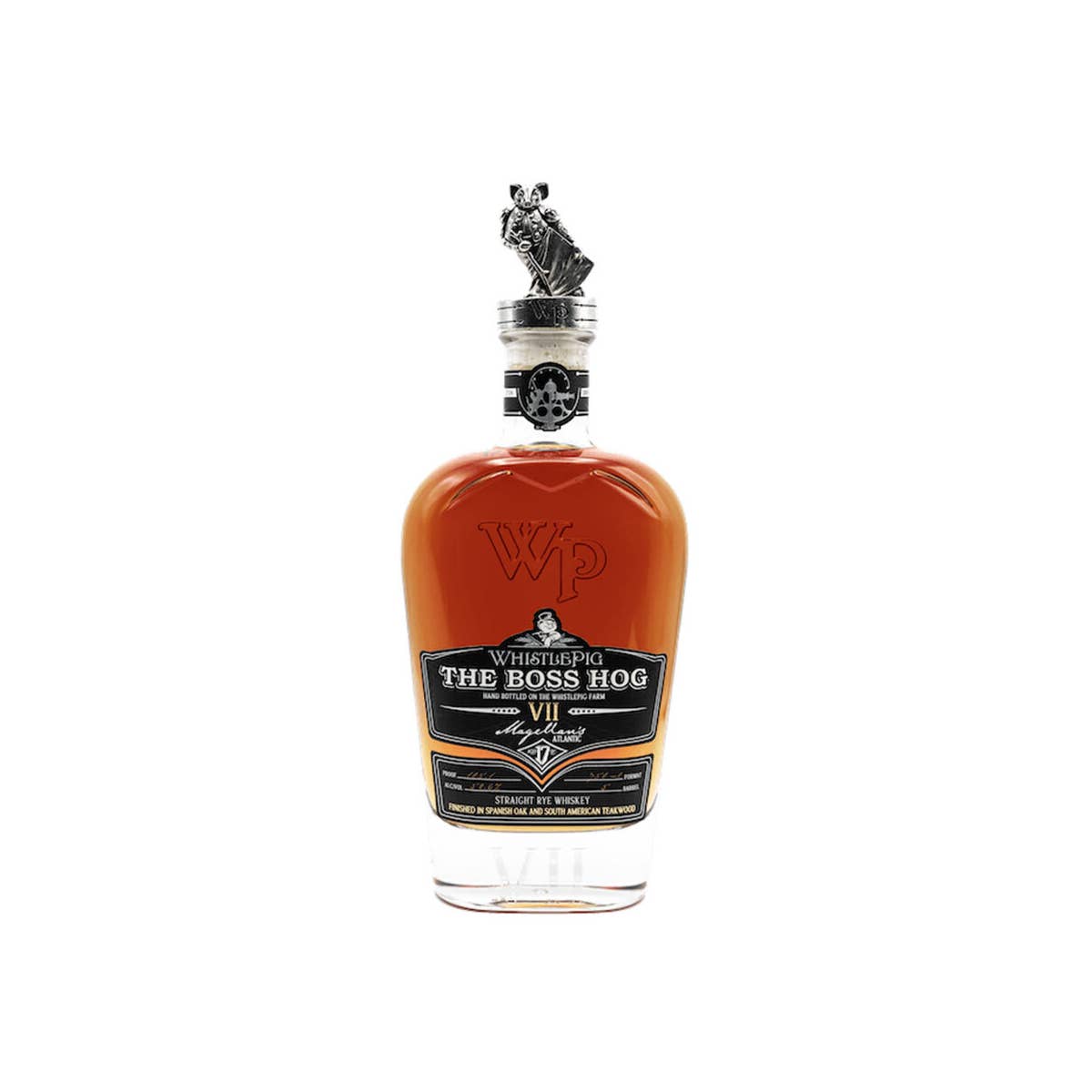 The Boss Hog series is a special annual release from Whistle Pig distillery in Shoreham, Vermont. This year (VII for the seventh year of this program), the distillery’s release is the Magellan’s Atlantic, a straight rye whiskey that has been aged for 17 years, then double finished, first with Spanish staves and then with South American teakwood. Each wood provides a layer of flavor that eventually builds a strong, complex spirit with a scent that includes vanilla, cinnamon sugar, and toasted wood, and lingers long on the palate with cherry and warm oak. It’s fancy, rare and has a price tag to match in the $500-$700 range, depending on your state of purchase.

Best Splurge for Yourself 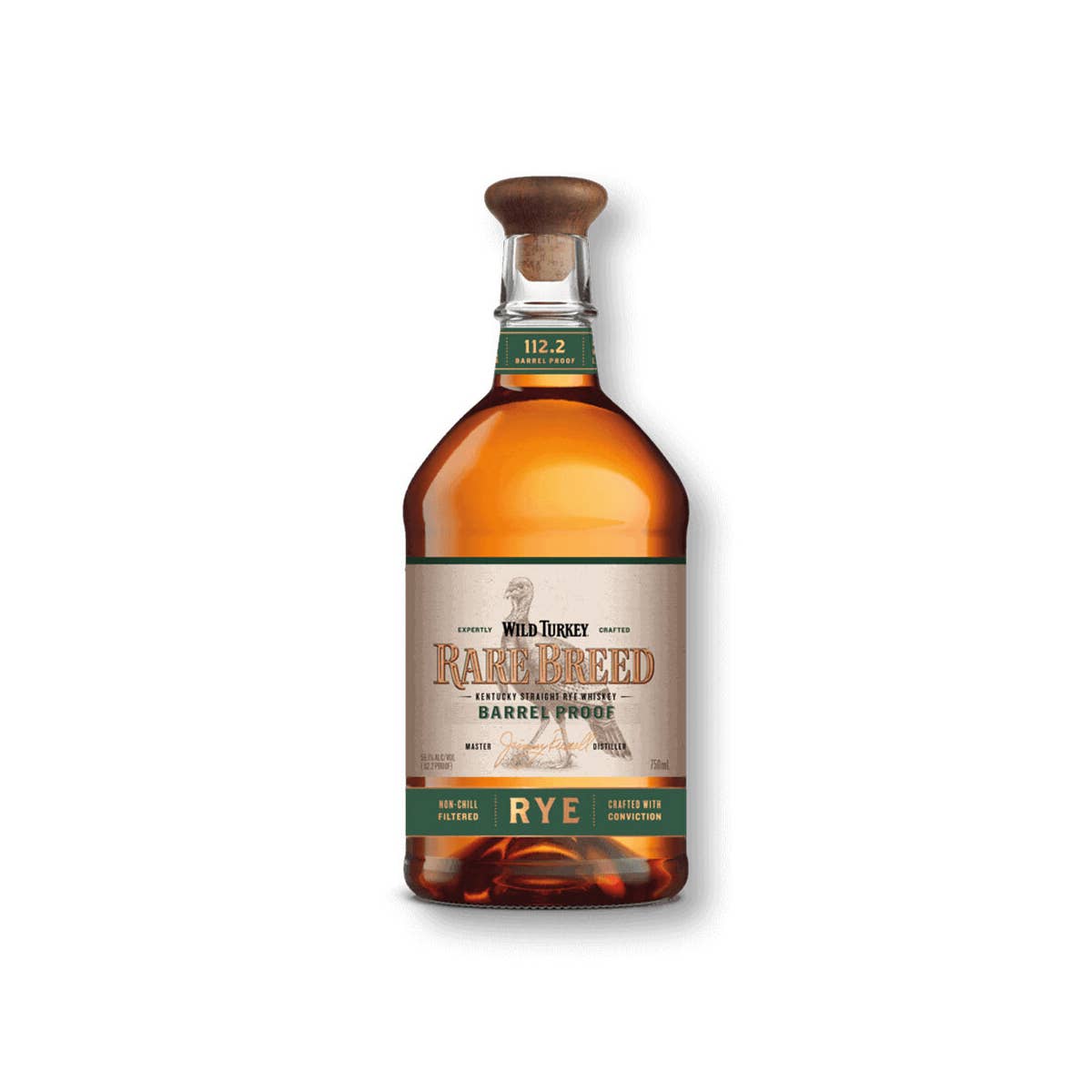 Created by famed master distillers Jimmy Russell and his son Eddie, who between them have 100 years of experience, Gillespie likes this rye as a home bar centerpiece. It has smooth caramel and dried fruit notes and isn’t too spicy, but since it’s barrel proof, it’s still a special rye for sipping not shooting. “The Russells are legends, and depending on the area of the country you’re in, you can also find Russell Reserve,” he says. It’s another bottling from the famed Kentucky distillery that’s a modest splurge at $60. 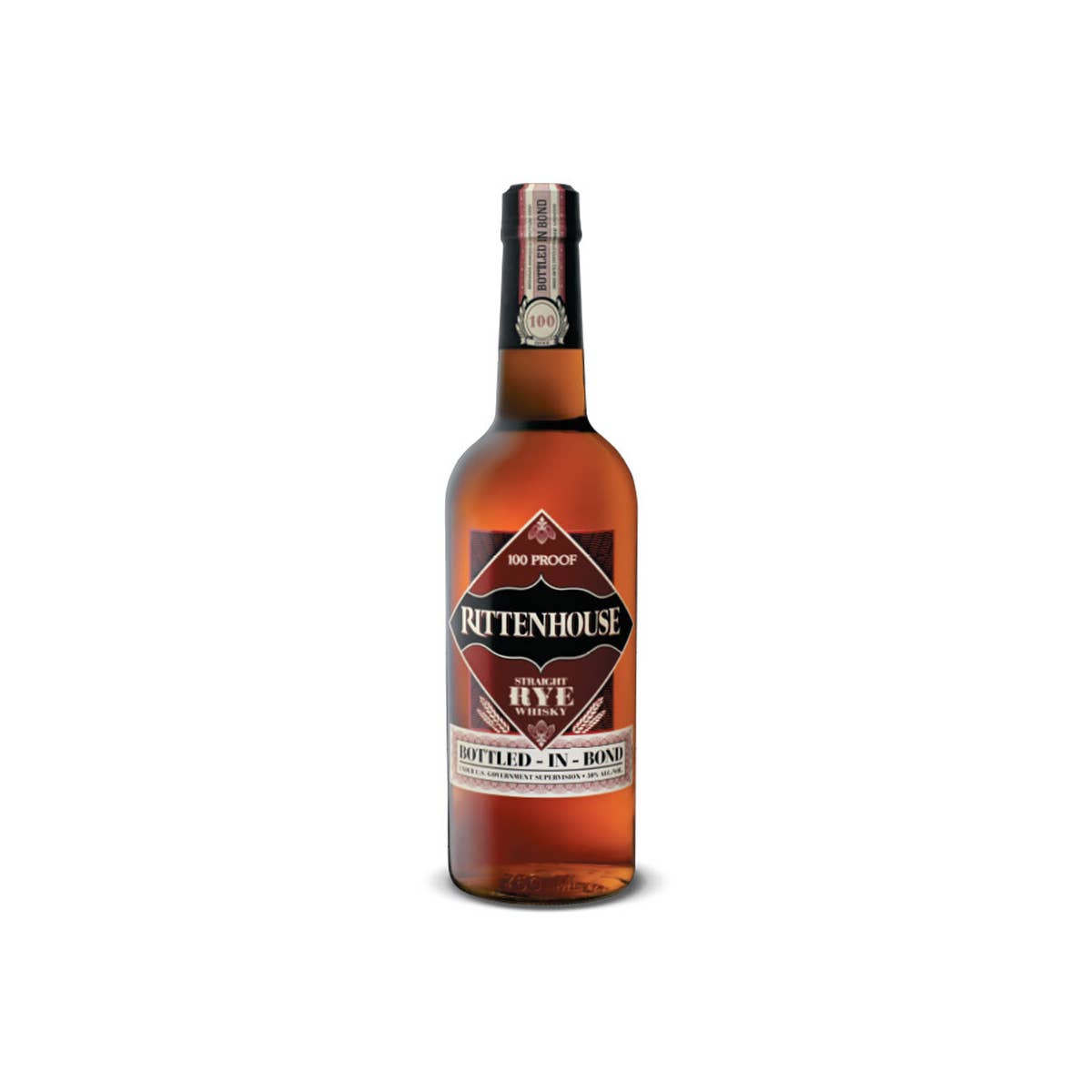 “Rittenhouse’s intersection of value and product make it the best for everyday cocktail making,” says Chase Bracamontes, beverage director of Chef’s Special Cocktail Bar in Chicago. “It’s hard to beat, honestly.” It’s bottled-in-bond (by law aged for four years at 50 percent ABV), so this bottle consistently delivers on quality, and the long, spicy finish characteristic of the rye category means that it shines through in cocktails. This bottle provides the spicy note that keeps bartenders reaching for it again and again, and it is easily available in retail stores for around $20.

Best for that Brunch Cocktail or Coffee Add-In 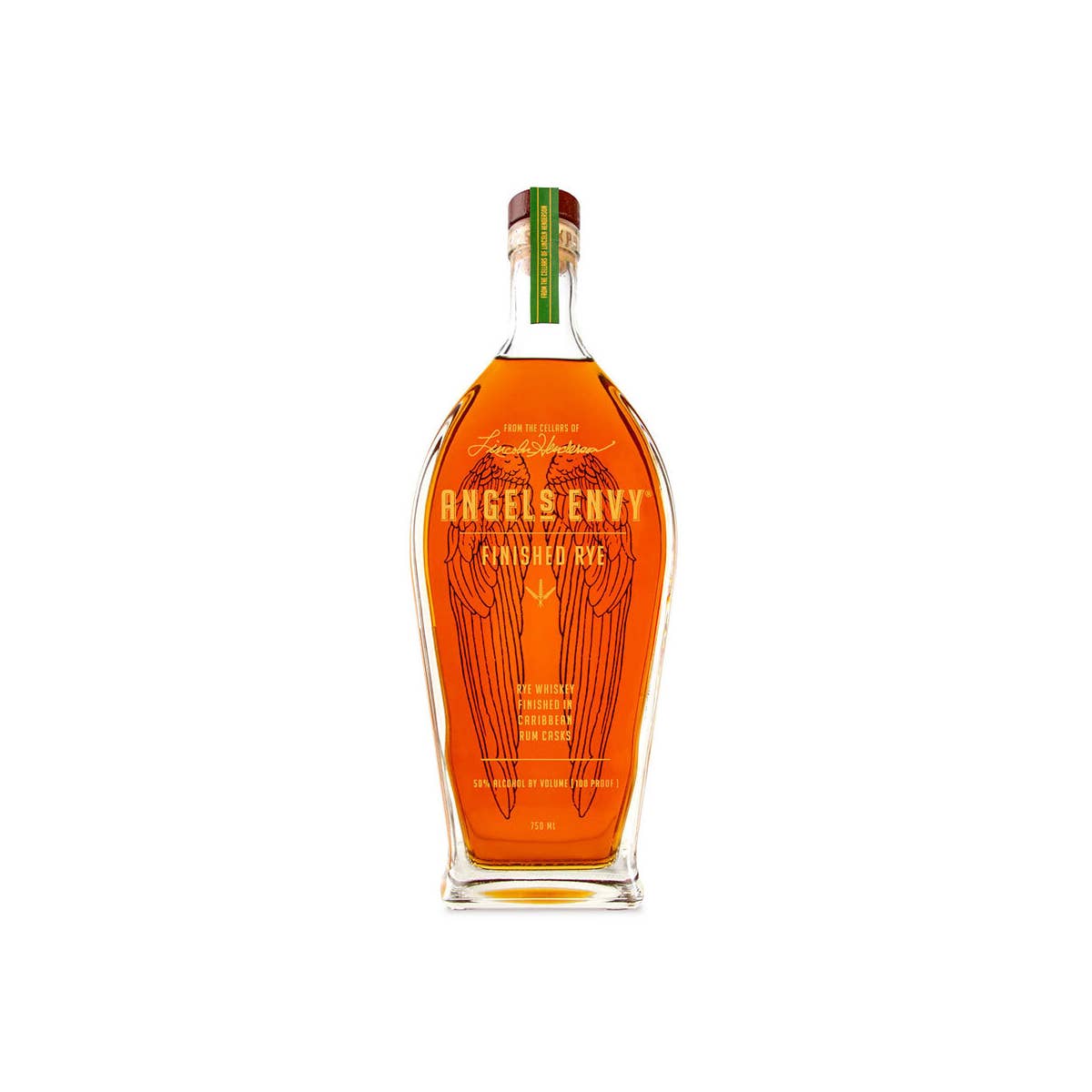 It’s not brunch without a cocktail—and Justin Simko, Husk Charleston’s head bartender, knows a thing or two about brunch cocktails. For those who decide to go big instead of going mimosa, he pulls Angel's Envy rum finished rye. “It straight up smells like maple syrup, and it actually pairs really well with brunch foods like pancakes,” he says. Husk has approximately 175 American whiskies, but this one, aged an additional 18 months in rum barrels, is a sweeter addition to coffee than table sugar ever could be.

Best for a Manhattan 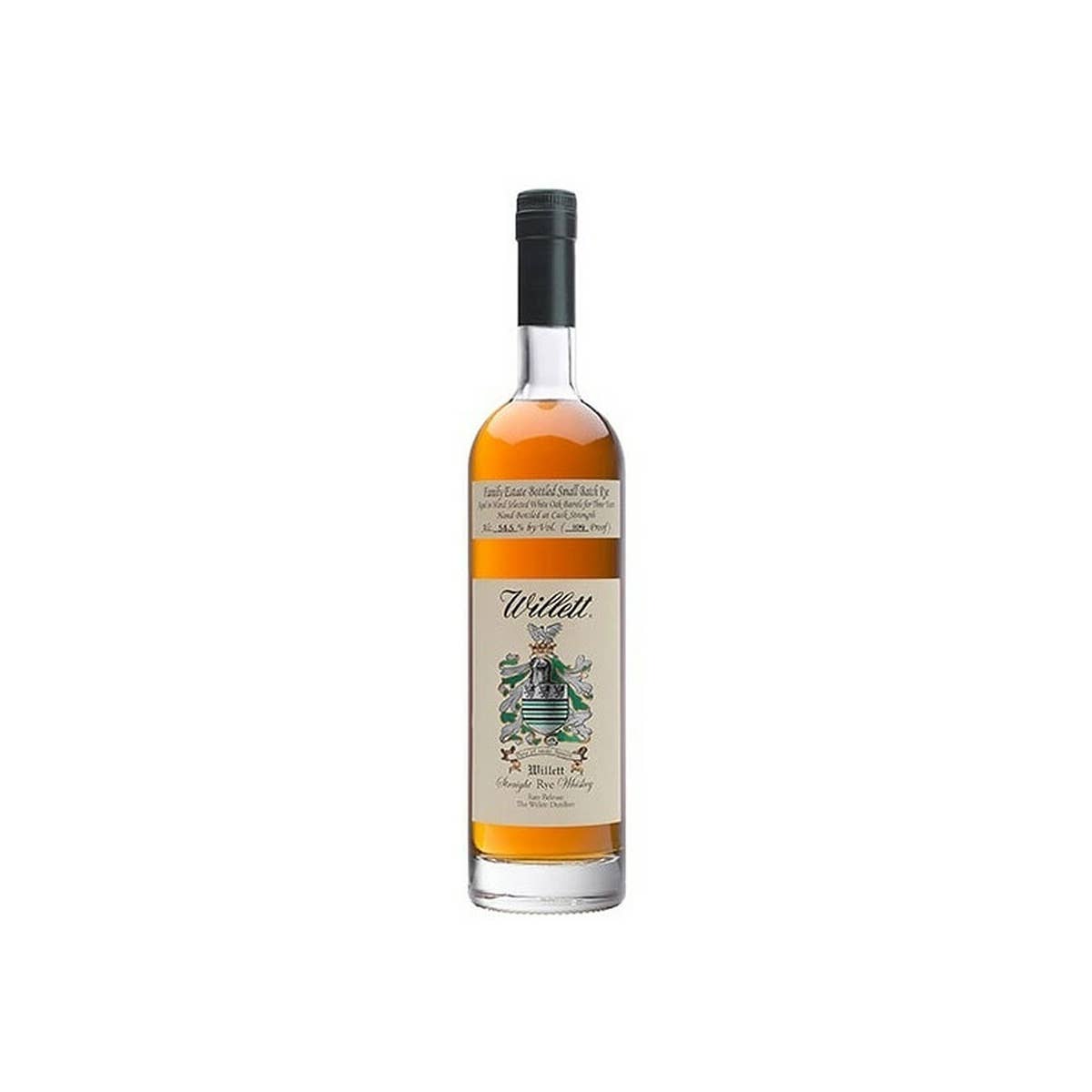 The Manhattan is the rye’s classic cocktail delivery system, and for that, Bracamontes suggests Willet Cask Strength. “It’s a classic,” she says. “It has perks of spice but it’s integrated, and the strength means that this spirit-forward cocktail really delivers.” The proof varies per batch depending on the barrels, so take note. But when it comes to mixing that classic cocktail, there are a lot of cherry notes in this small batch whiskey, which are only going to be enhanced by the cocktail cherry garnish of a Manhattan. 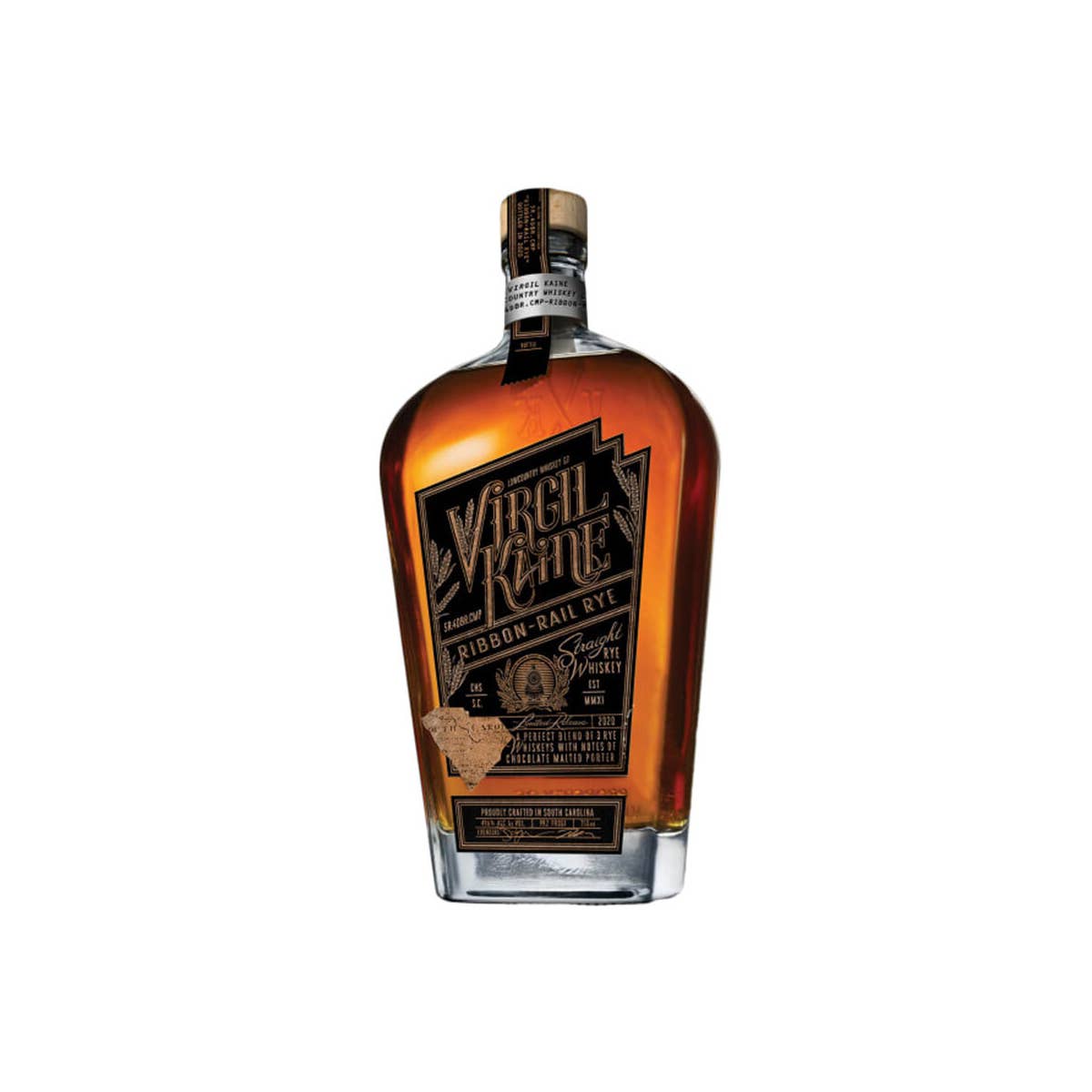 A shot and a beer, otherwise known as a “beer with a whiskey back,” is a classic way to sip this classic whiskey, and Virgil Kaine’s rye is the perfect match to your pint. This blended rye from Charleston, South Carolina is a mix of three rye styles, including one that’s finished in chocolate porter beer barrels from neighbor Revelry Brewing. While its caramel and spice (not to mention chocolate!) pair well with plenty of beers, Simko is currently using it in Husk’s seasonal old fashioned. 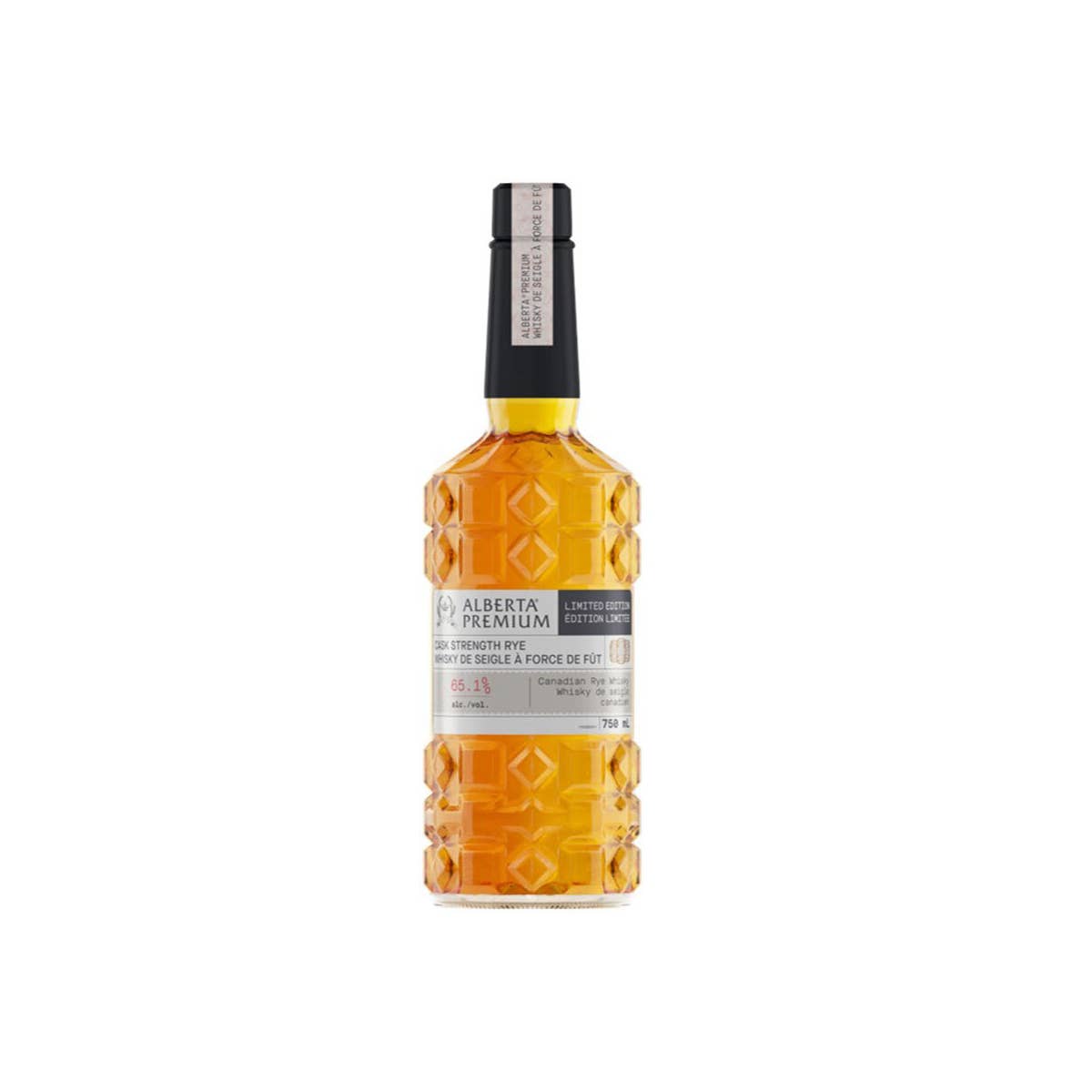 Although Canadian whiskey as a category might be listed as “rye” for historical reasons, that does not assure that each brand and bottle includes rye. Cut through the confusion with an Alberta Premium Cask Strength, which has been in operation since 1946 and is now owned by Beam Suntory. This bottle is made with 100 percent rye, and “it’s intense, bold but still has complexity,” says Gillespie. That complexity is the result of the choice of rye by the distiller and his ability to coax flavor out of it during the distillation process.

Best for a Highball or Splash of Soda 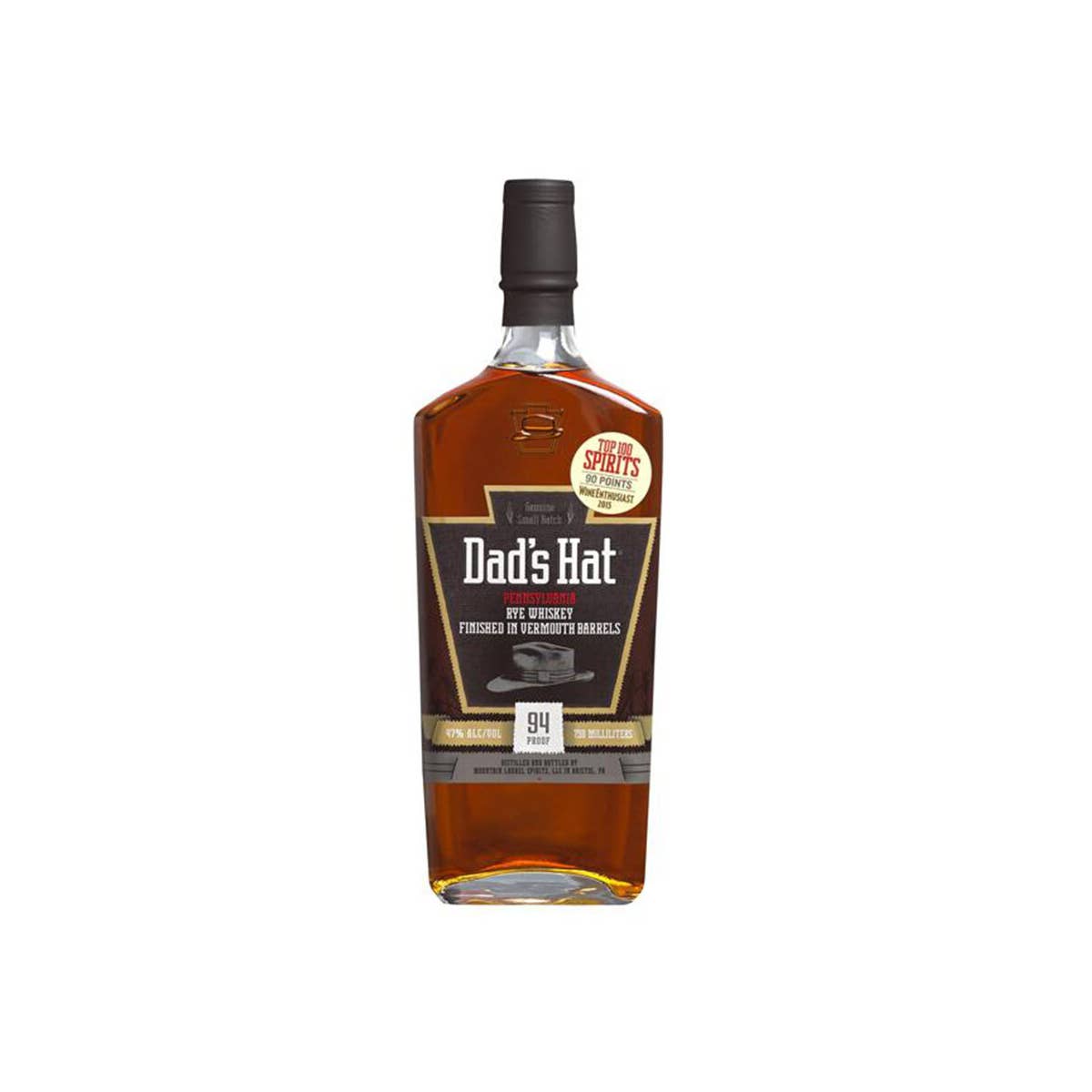 Some nights call for a fizzy highball that can be made fast. Luckily, Dad’s Hat Rye fits as snugly into a highball as you do in your after-work slippers. The rye is initially aged six months, then finished in a Quada Winery sweet vermouth barrel for an additional three months, adding sweetness and some fruity orange flavors. Take the idea of a vermouth spritz to spicy new stratospheres with a simple splash.

Q: What is an “expression”?

An expression is a distiller’s alternative style for a standard distillery issue. It usually refers to an added flavor element achieved by additional months in a barrel that’s already had something else in it, from rum to vermouth to even chocolate porter, in the case of Virgil Kaine. Once aged to the distiller’s specification, the rye is removed from its original barrel and funneled into another barrel that’s held a spirit or beer, where it sits for additional months and takes on residual flavors from within the wood pores, adding another layer of flavor. This is called “finishing” or “double barrel.”

In short, no. This may be a misconception because of rye’s cinnamon-stick style spicy bite, which can be enhanced by the alcohol’s burn on the palate, but “bourbon and rye are two sides of one spectrum,” Bracamontes says. “I shouldn’t have to convince anybody that they have to be into rye.” Those that drink it and use it love it for its spicy character, so if it feels too strong on your palate, stick with bourbon.

Q: What’s up with “whiskey” versus “whisky”?

“Whisky” is the traditional spelling of the term, used in the U.K. and Canada. “Whiskey” is the American English spelling of the word, although you will see some U.S. companies and even some American drinkers and writers who choose to go with the old spelling.

Q: How long does rye whiskey last after being opened?

Rye whiskey has an indefinite shelf life. Its high proof keeps it from spoiling, but keep the bottle out of sunlight. If you’re a collector who stores bottles in boxes or even a storage unit, applying cling wrap around the caps can keep the air from getting in and rye leaking out.