Distilled in Scotland, Scotch is a complex spirit often noted for its smoky characteristics. Though most people with some knowledge of Scotch probably recognize the brands Johnnie Walker and Macallan, the world of Scotch goes far beyond bottles produced by large corporations. True enthusiasts know it would take centuries to fully explore the wide world of Scotch. 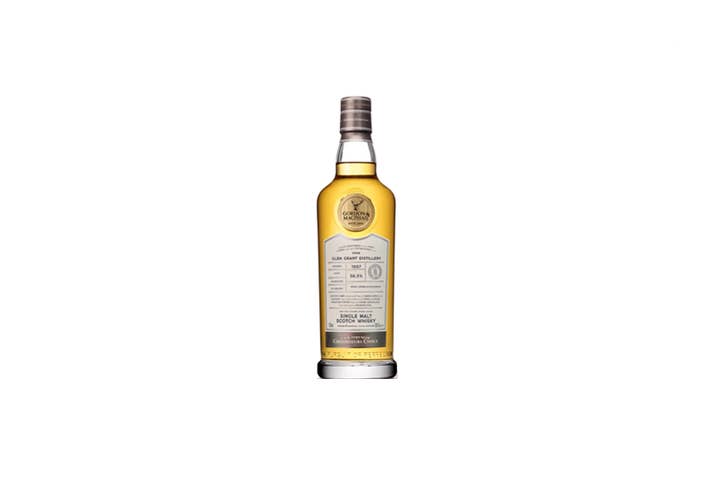 Frequency: Once per month | Includes: One full-sized bottle of Scotch | Cancellable: Yes

Why we chose it: This comprehensive club delivers hand-picked bottles from hard-to-find producers.

Founded in 2012 by web developer Mack McConnell, Taster’s Club is one of the most established players in the Scotch of the month club space. Taster’s Club wins our best overall award because it specifically curates each month’s bottle for individual members. It specializes in unique and hard-to-find bottles, which makes it a great club for both expert Scotch drinkers and those just getting started. Taster’s Club also sets itself apart because of the extras each monthly shipment includes: Think tasting notes, cocktail recipes, and behind-the-scenes info on the distillery.

Unfortunately, the club currently only ships to 45 states and is not available outside the U.S. just yet. 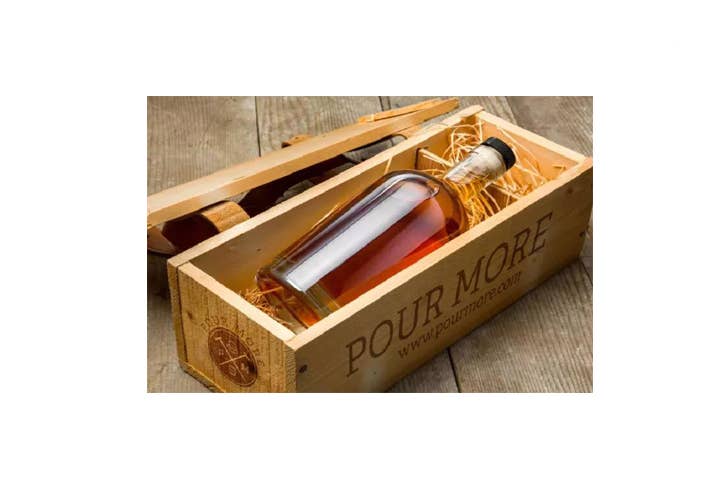 Frequency: Every month or every other month | Includes: One full-sized bottle of Scotch | Cancellable: Yes

Why we chose it: This affordable club offers three membership tiers, making it a great choice for enthusiasts and beginners alike.

Pour More was started in 2016 by a group of whiskey enthusiasts, making it one of the newer entrants to the market on our list. With memberships starting at $55 per month, it’s among the most affordable Scotch of the month clubs out there. For those who are interested in trying out the club model but aren’t sure they want to commit to a bottle every month, Pour More is ideal: It offers a bi-monthly subscription option for the same price as the monthly one. It also offers three tiers of membership: Intro, Explorer, and Enthusiast. Both Scotch drinkers who are new to the space and those who want to sample rarer and more high-end bottles will find subscription options suited to them.

However, Pour More is one of the only companies on the list that does not offer individual bottles for sale on its website. And like other entrants on the list, it does not ship to certain U.S. states or internationally. 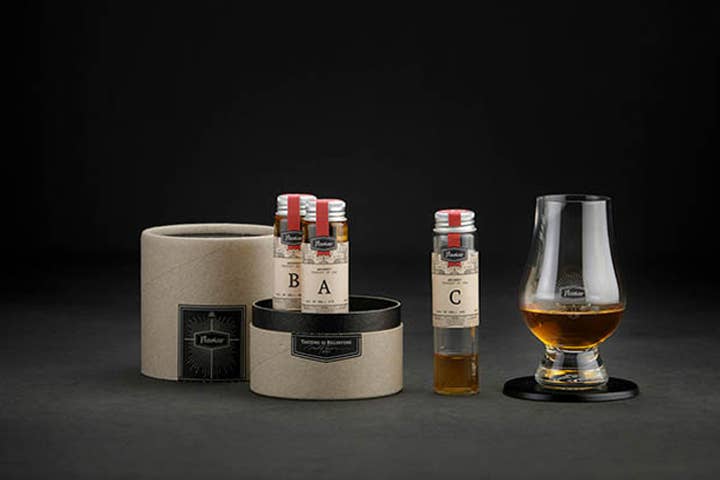 Frequency: Every month, or four or eight times a year | Includes: One full-sized bottle of Scotch or a tasting box | Cancellable: Yes

Why we chose it: For those who don’t want to commit to a bottle a month, this club offers a better way to sample.

Flaviar is among the best Scotch of the month clubs out there: Its monthly membership option is the most affordable on the list, and it’s the only Scotch of the month club that offers the option to receive a tasting box rather than a full-sized bottle each month, which is ideal for those who don’t want to commit to a full bottle without knowing if they’ll like it. Its gifting options are also among the best on the market, and it offers clothing, barware, glassware, and individual bottles and tasting boxes on its website.

That being said, Flaviar currently only ships to nine U.S. states plus Washington, D.C., making it inaccessible to Scotch enthusiasts in many parts of the country. 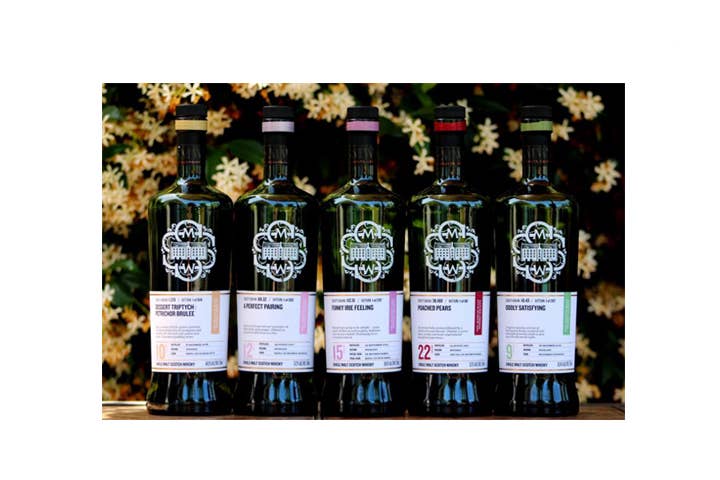 Why we chose it: For Scotch experts, this club offers the opportunity to join a community of like-minded drinkers.

The bottle of the month club from The Scotch Malt Whisky Society isn’t for the casual Scotch drinker. It’s a financial commitment, and joining the club requires joining the society, for which memberships start at $99 per month. However, joining the society means becoming part of a true community of enthusiasts.

Founded in 1983, The Scotch Malt Whisky Society has brought together Scotch fans from around the world for more than 40 years. Membership in the society includes a subscription to its monthly digital magazine, invitations to weekly virtual tastings and in-person events, and access to private members’ rooms in Edinburgh, Glasgow, and London. Members can purchase individual bottles from the society’s monthly releases of new inventory as well. 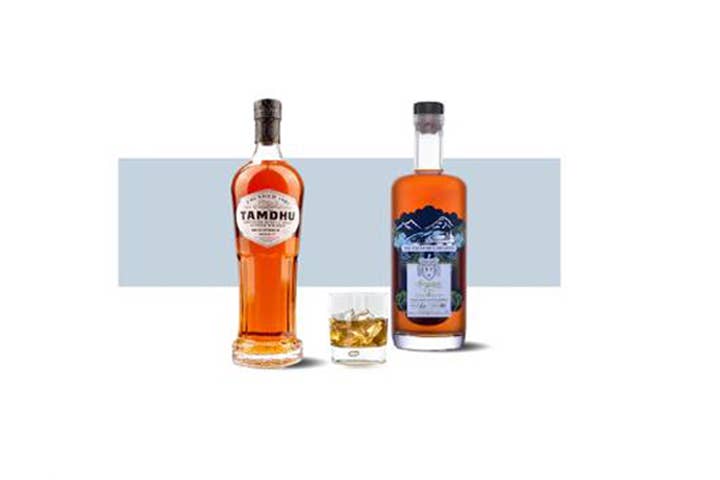 Frequency: Every month for three, six, or 12 months | Includes: One full-sized bottle of Scotch | Cancellable: Yes

Why we chose it: Mash & Grape makes gifting high-quality Scotch to clients, family, or friends easy.

Mash & Grape offers one of the easiest interfaces for gifting a Scotch subscription to a client or loved one. Rather than being billed each month for a new bottle, a MashBox subscription is prepaid, which makes it ideal for fitting into a Q4 holiday gifting budget. The membership does not require giving out the recipient’s email address, which is another perk for gifting. Each month’s shipment includes the bottle, tasting notes, and the story of the distiller.

Like other Scotch of the month clubs, though, Mash & Grape does not ship to every U.S. state, and the list of states that it can’t ship to is quite extensive.

Every Scotch of the month club on this list provides high-quality bottles of Scotch, so deciding which one to choose might come down to what you’re willing to spend. The cost of these subscriptions can range from as low as $51 per month to as high as $200 per month. If one company on this list appeals to you more than others, consider signing up for a shorter subscription length as a way to test drive the service and save money.

Those who don’t drink frequently at home might want to opt for one of the subscriptions on this list that offers shipments less often than once per month. Pour More in particular offers a bi-monthly subscription, which is a good option for those who want to build out their Scotch collection slowly.

Perhaps the most important factor when selecting a monthly club is what state you’ll be shipping the order to. Every Scotch of the month club is restricted in the states it can ship to because of varying liquor laws. Read the FAQs section of each site carefully to ensure your bottles can actually be delivered to you.

How is Scotch different from whisky?

Scotch is a malt or grain whisky (note the lack of “e,” which is how it’s referred to in Scotland and some other countries). But according to The Scotch Advocate, “Scotch whisky must be made in a manner specified by law.” The liquor must be produced and bottled in Scotland according to a very specific set of practices for it to be considered Scotch whisky.

What is the most popular Scotch?

According to statistics sourced by The Spirits Business, Johnnie Walker Red Label is the most popular Scotch in the world, selling 14.1 million cases in 2020. The brand is owned by spirits giant Diageo and has long been the best-selling Scotch in the world.

What is a good celebratory Scotch?

Picking a bottle of Scotch to celebrate a momentous occasion comes down to a matter of taste and budget. For those who have a large budget, it’s hard to go wrong with a bottle of 18-year-old Macallan single malt. The Scotch has become something of a cult classic: One lucky British man received a bottle of Macallan 18 every year on his birthday from his father, and when he sold the collection at age 28 to buy a house, it went for more than $57,000.

According to a research panel conducted by Scotch Whisky magazine, yes, Scotch does go bad eventually. If properly stored, a sealed bottle of Scotch can last for years. However, once opened, make sure to store Scotch in a cool, dry place away from sunlight and drink it within a year. The magazine even found that storing Scotch in the freezer is a good option.

How do you drink Scotch?

There are a number of ways to drink Scotch, but the most popular is neat or with a few drops of water. A paper published in the Journal of the Science of Food and Agriculture actually found that adding a few drops of water to Scotch released more complex aromas and flavors and tamed some of the whisky’s harshness. Some aficionados will say that adding ice or a mixer to Scotch is the equivalent of sacrilege, but how you choose to enjoy it should be based on your own taste.

There are many fine options on the market when it comes to monthly Scotch subscriptions. Taster’s Club wins the title of best Scotch of the month club overall because of its straightforward model, mid-range price, and the fact that it specializes in unique bottles curated just for you. It also ships to the most U.S. states of any entrant on the list, making it the most accessible Scotch of the month club listed.

We evaluated the world of Scotch of the month clubs, which is wide, and narrowed our list down to companies that offer unique bottles at a relatively affordable price. We prioritized those that make it easy to cancel and that have been reviewed highly for their customer service departments. We also prioritized companies that make gifting the subscription easy and that offer individual bottles or other merchandise for purchase as well.

We ensured every company on this list had a transparent pricing structure and easy-to-find FAQs section. We were also particularly intrigued by companies that offered something different than any other competitor: For example, Flaviar’s tasting boxes are unique among the entrants, and The Scotch Malt Whisky Society makes fun perks like members’ rooms and in-person events available to its customers. No matter where you are on your Scotch journey, there’s a club for you on this list.