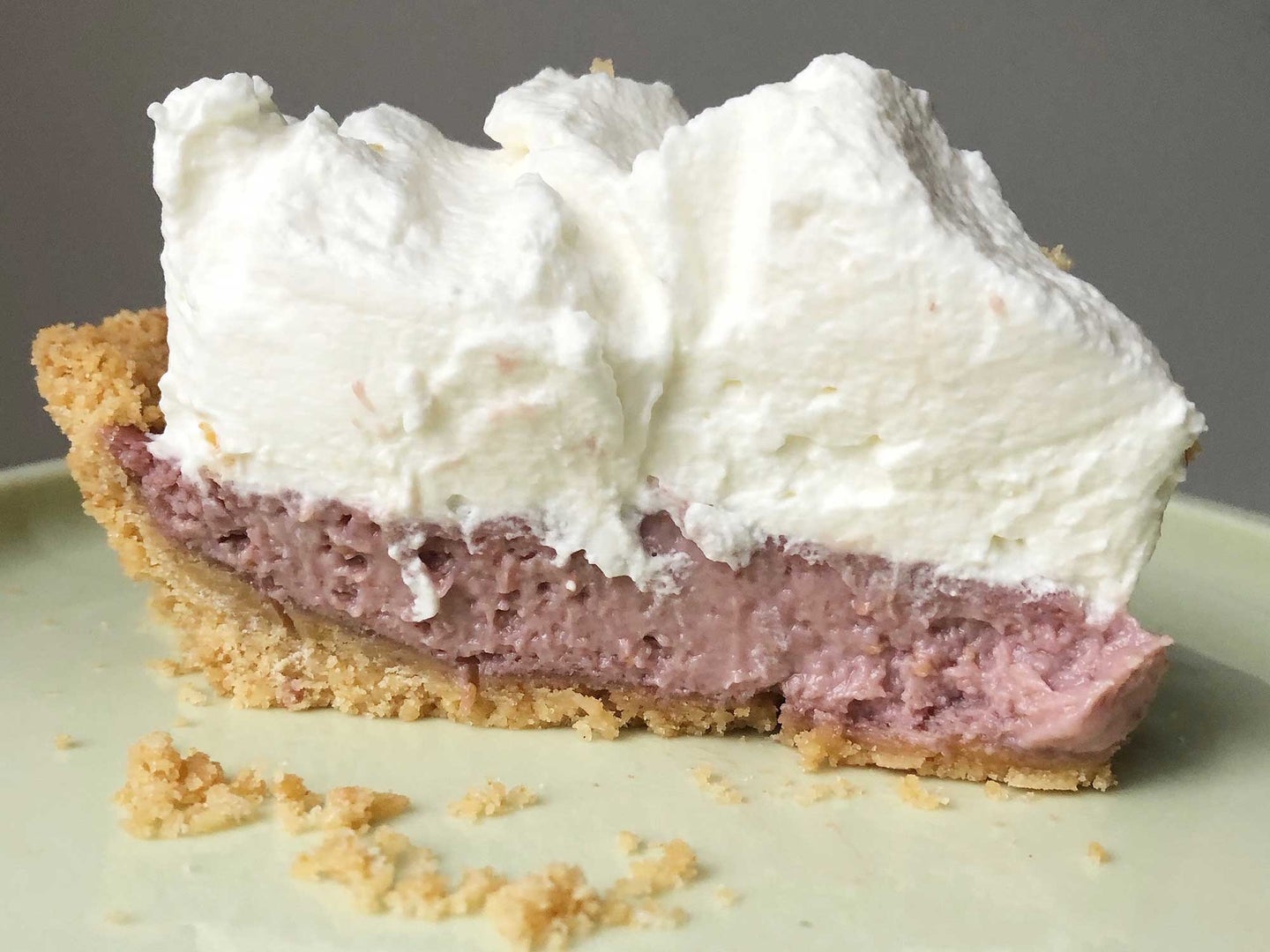 This rhubarb-lime icebox pie recipe is adapted from The New Midwestern Table by Amy Thielen. Get the recipe for Rhubarb-Lime Icebox Pie. Eric Kim
SHARE

So many people in the American Midwest grow rhubarb in their yards that many of the area’s local grocery stores don’t even bother to sell it in the spring. Come May, everywhere you turn there’s rhubarb crisp, or rhubarb pie, or stewed rhubarb over ice cream. Following the local tradition of adding rhubarb to every reasonable thing during the season, here’s a pie that looks and tastes like a pink Key lime pie.

The creamy filling gets its requisite tartness from a quickly stewed pot of fuschia rhubarb, to which you add the elements of a classic Key lime custard: egg yolks and condensed milk. The color depends on the rhubarb you use—the redder the stalk, the pinker the pie. (If you like, add a drop of red food coloring to a filling made with greenish rhubarb.)

And take a cue from those retro diners famous for their icebox pies: Whip the cream just until soft and billowy and sculpt it into a dramatic pompadour on top.

Featured in: Pretty in Pink: An Icebox Pie to Celebrate the Midwest’s Local Rhubarb

This tangy, pink custard-and-cream pie is a festive use for the darling of springtime produce.
Yield: makes one 9-inch pie
Time: 4 hours, 30 minutes

For the shortbread crust

For the filling and topping