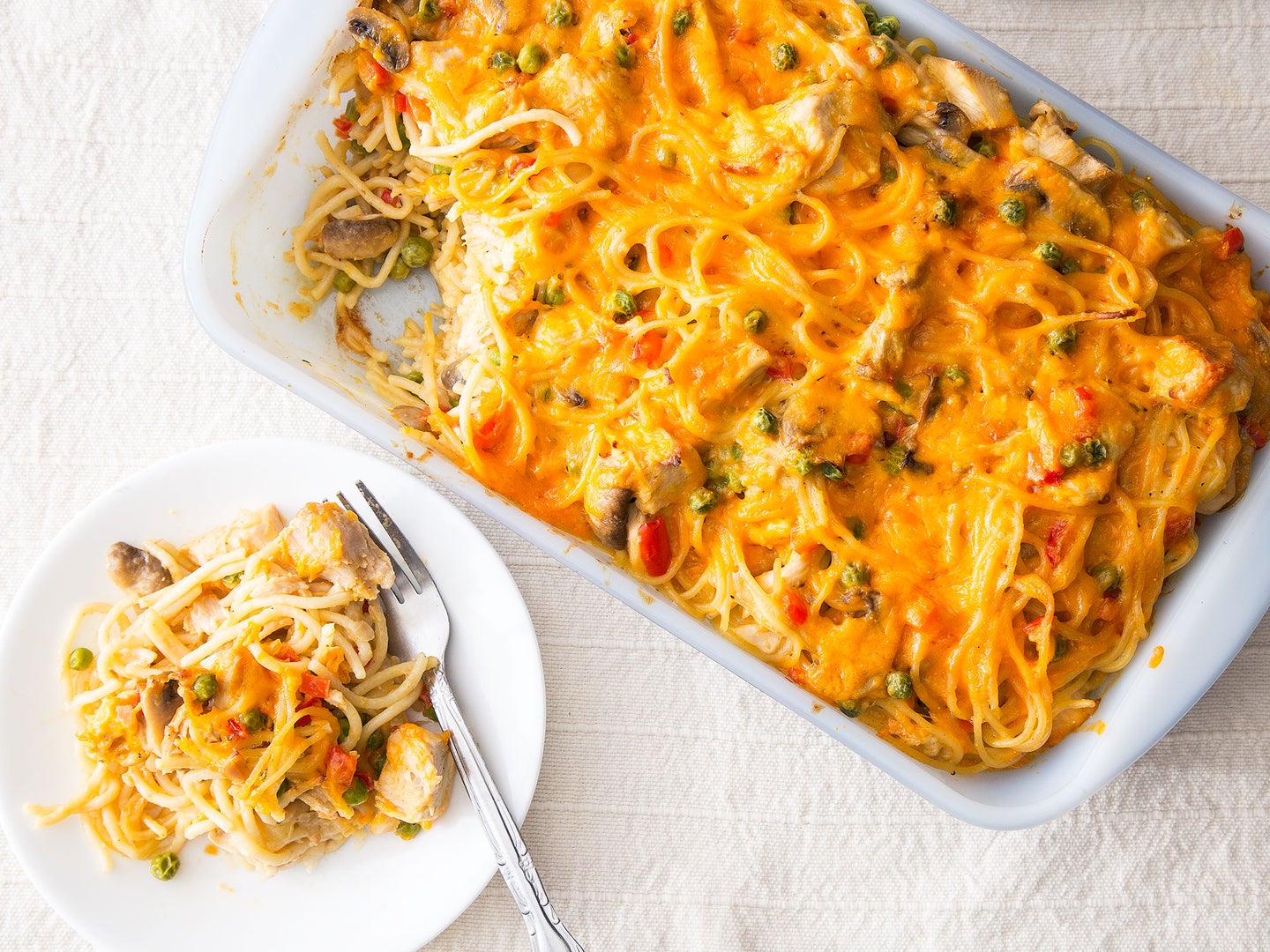 Though purportedly named after the Italian opera singer Luisa Tetrazzini, this baked noodle dish is American, not Italian, and recipes for it only date back to the early 20th century. I think tetrazzini is something that everyone adapts into their own thing. Some people add ketchup. Others use canned mushrooms and omit the red bell pepper. But this version, with a smattering of colorful vegetables and a sauce enriched by sherry and parmesan, is my favorite.

Test kitchen director Farideh Sadeghin grew up eating this dish, which was passed down from her grandmother to her mother, every year after Thanksgiving.
Yield: serves 6-8

Featured in: Send Off Turkey With Tetrazinni