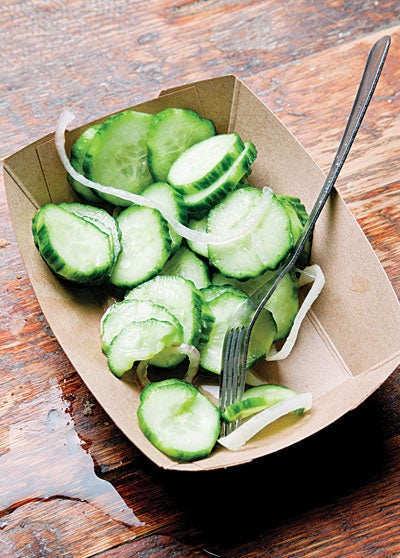 This crunchy salad is a cool complement to smoked meat. Todd Coleman
SHARE

This crunchy salad from Elizabeth Karmel’s Taming the Flame (Wiley, 2005), is a cool counter to smoked meat. This recipe first appeared in our June/July 2011 BBQ issue.

Correction: August 22, 2011 — The printed version of this recipe was the incorrect version of the recipe. The recipe published here is the final version as chosen by the SAVEUR Test Kitchen.