The great Jacques Pépin learned to make this rustic pastry from his mother. 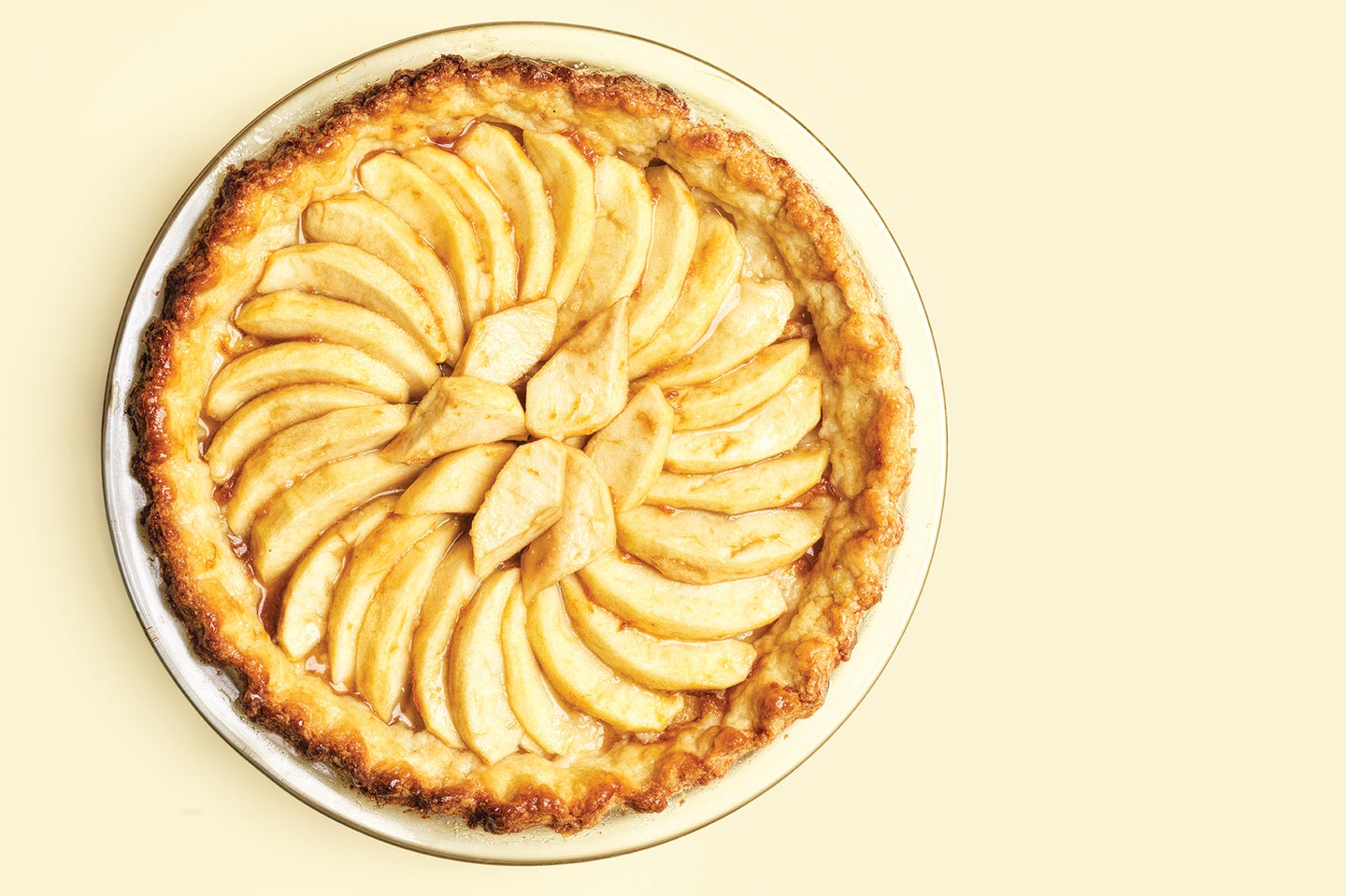 SAVEUR was the most real food magazine from the get-go. We simply cooked everything, then shot everything. I didn’t know food stylists existed until I went to Bon Appétit, where everybody had an assistant. Was SAVEUR’s corporate culture sustainable? Or even functional? Maybe not, but what an education!

Where else would Jacques Pépin waltz into the test kitchen and start baking his mother’s apple tart? The legend arrived that day, in 2010, wearing crisp chef whites and acting a bit sheepish. He may have, by his own admission, enjoyed too much Champagne with friends the night before. I was fixated on his hands the entire time. You could blindfold this guy, and he could still cook. Pépin pulled the tart from our oven and held it up to the camera for the shot above. Assuming the baking dish couldn’t have been that hot, I picked it up after he set it down—and immediately dropped the thing on the counter. I’m telling you, Jacques Pépin has asbestos fingers, oven mitts for hands. —Hunter Lewis, editor-in-chief of Food & Wine.

Jacques Pépin learned to make this rustic tart from his mother. To form the crust, he suggests covering the dough with plastic wrap to more easily press it into the pan.

The crust for this easy, impressive French apple tart is the pat-in-the-pan type that puffs up just slightly around the simply cut apple wedges.
Yield: serves 8
Time: 2 hours, 15 minutes