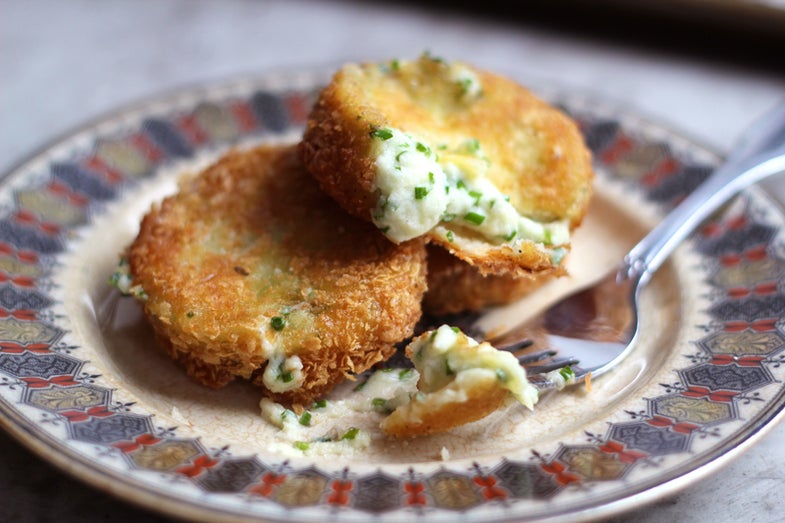 Developed by the Modernist Cuisine Cooking Lab, this exquisitely crispy, flavorful latke nixes the steps of grating and wringing-dry standard to most recipes. Instead, a creamy mashed potato filling is coated in instant mashed potato flakes and potato starch before being pan-fried to a flawless golden crust. The recipe can be made through step 2 up to a month in advance; defrost before continuing with step 3.