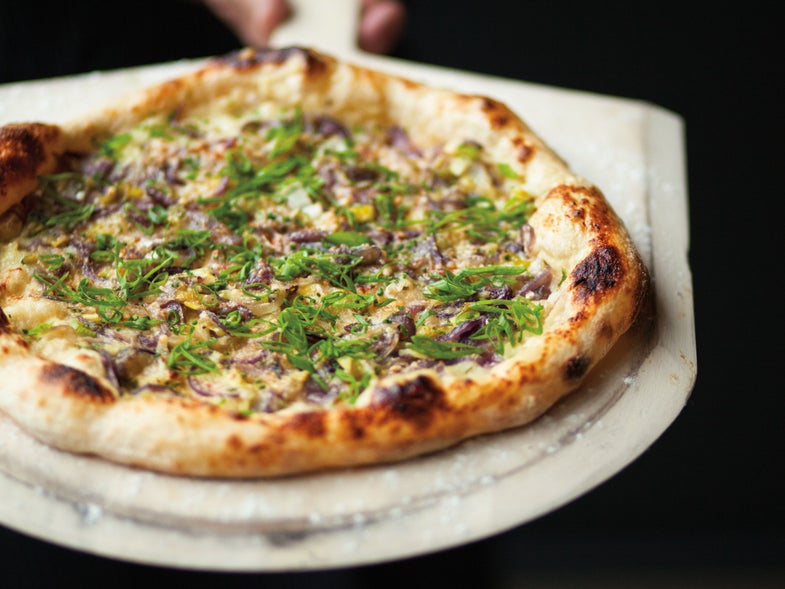 The complex layers of flavor formed on this pie showcases the many wonders of onions: From puréed to caramelized to fresh. Get the recipe for Six-Onion Pizza ». Todd Coleman
SHARE

This sweet and savory pizza, adapted from a recipe by Michael Leviton, chef and co-owner of Area Four in Cambridge, Massachussetts, showcases the flavor of six kinds of onion. This recipe first appeared in our November 2011 issue along with Dana Bowen’s story Roots of Flavor

Find this recipe in our cookbook, SAVEUR: Italian Comfort Food

For the Pizza Dough

For the Onion Purée and Compote