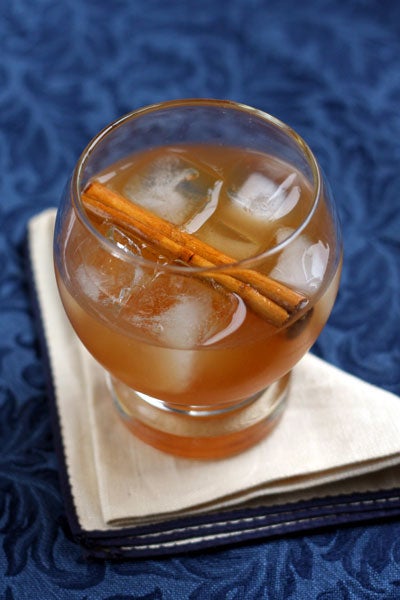 Spiced rum, with its notes of cloves, allspice, and vanilla, is complemented by the comforting fall flavors of spicy cinnamon, sweet, rich maple syrup, and warming apple cider in this cocktail inspired by autumn in Toronto.