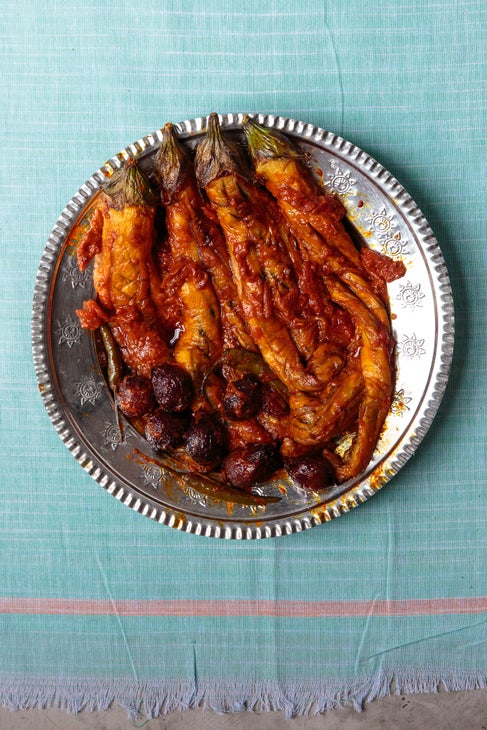 This simple but flavorful dish of fried eggplant and onions is served with a vinegar-spiked tomato sauce. Get the recipe for Eggplant in Tomato Sauce ». Ingalls Photography
SHARE

Eggplant is a popular ingredient in the northwest Indian region of Kashmir, where it’s fried with greens, stewed with bitter gourd in yogurt sauce, and dried in winter and cooked with tamarind or dal, among other preparations. This simple but flavorful dish of fried eggplant and onions in a vinegar-spiked tomato sauce is a favorite at the home of Srinagar, Kashmir, houseboat owner Maqsood Ahmad Madarie. This recipe first appeared in the tablet edition of our August/September 2014 special India issue.