How to Buy, Shop for, and Cook With Peas—or Not Cook Them at All 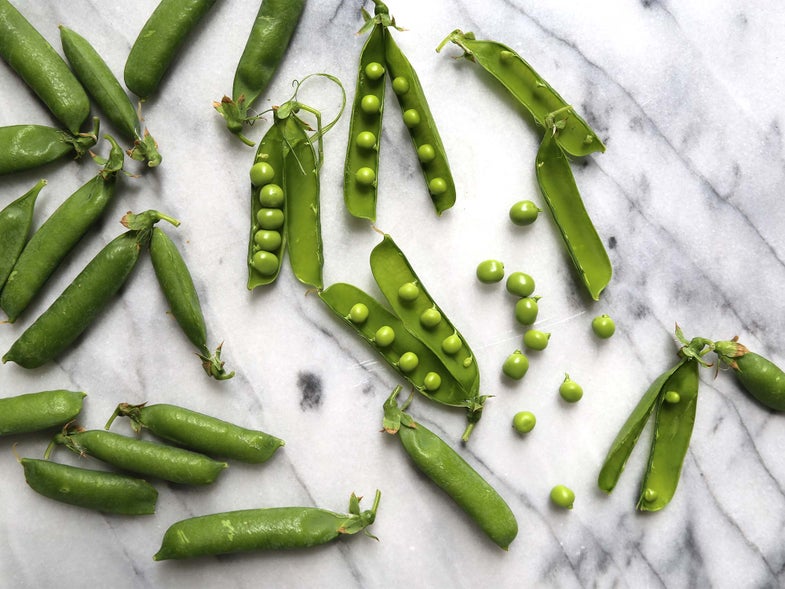 Raise your hand if you have fond childhood memories of shelling fresh peas.

I don’t. But I’ve been making up for that all of my adult life.

Yes, I know plenty of people have aversions to these sweet little gems, and I understand: I’ve never had mushy peas, but I’ve had to eat plenty of canned, or that peas/carrot/green bean mix, and neither do the precious pea proud. But a truly fresh spring pea is as ecstatic as a drippy summer tomato. So, in praise of peas, here’s a guide to making the most of them. 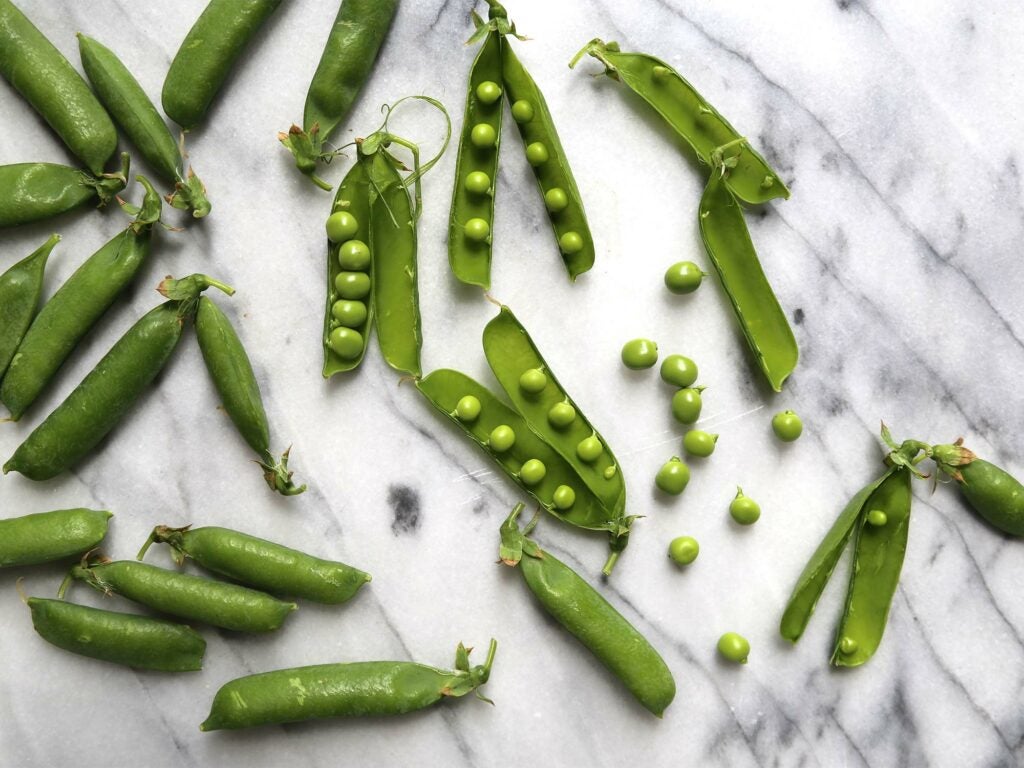 English peas are grown just for the seeds that live inside their pods. The pods aren’t edible, but they can be boiled to make a lovely broth if you’re into stretching your produce as far as it can go.

Look for plump, curvy pods that show the contours of the peas inside and feel full (this way you know the seeds are fully developed), and make sure they aren’t dry-looking. You can store them in the fridge for a few days. Keeping them in their pods will keep them fresher for longer, so don’t shell them until you’re ready to eat them.

The first English peas of the season are the sweetest, most tender, and least starchy you’ll taste all year. These are the peas to eat by the bowlful, as-is. Appreciate them raw—at the most add a little olive oil, and maybe the tiniest drop of lemon and a sprinkle of salt.

Later-harvest but still early season peas are best raw, or as close to raw as possible; if you really want them cooked, expose them to heat for as short a time as possible. More mature and starchy peas will benefit from some longer cooking.

Called mangetout in French (eat-all), these are a subspecies of the pisum sativum family. As the name suggests, the whole thing can be eaten. Brief heat exposure enhances their sweetness, but keep it very brief so you don’t lose their crunch. If you have purple or red pods, heat will make their color fade. 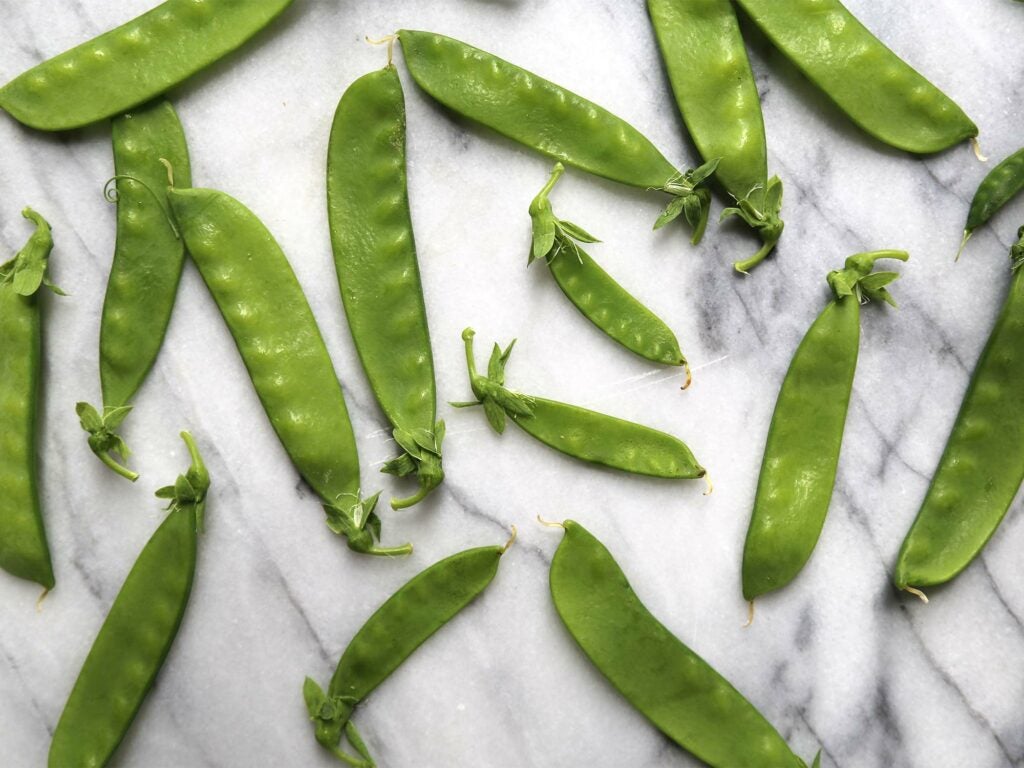 For inscrutable reasons, snow peas are only called snow peas in the U.S.. In other parts of the world, they’re known as Holland peas, where they’ve been grown and cultivated since the early 1500s.

These peas are flat and tender, with a line of small bumps along one edge (the bumps are underdeveloped seeds). The only non-edible part is the adorable leafy top. Young and very tender Holland peas don’t even need to be strung.

When you’re shopping for them, you want those bumps to be small—larger bumps are a sign of maturity (which means less sweetness and tenderness). They seem to be at grocery stores year-round, but they show up at farmers markets during late spring and early summer, and those are the most flavorful. The farmers market is also where you’re more likely to find the purple and yellow and other excitingly-colored varieties.

Holland peas lose their flavor fast and are best used immediately. Store them in the fridge for two days, at most. 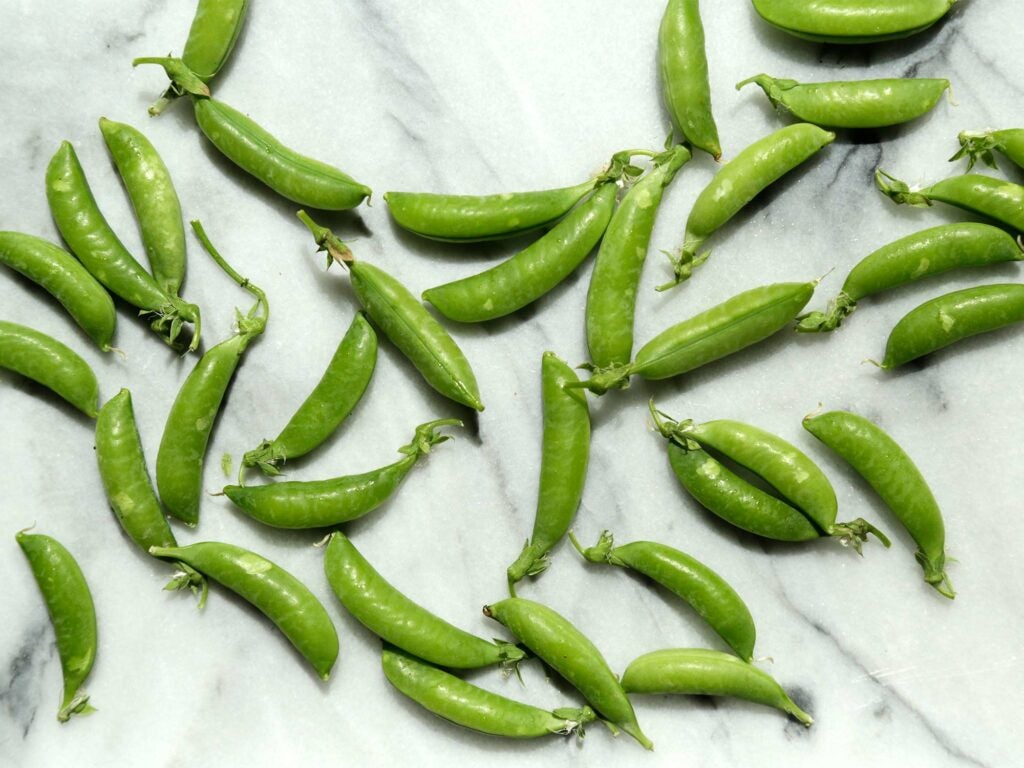 Sugar snaps are curvy, crisp, and sweet. Their pods contain fully grown peas that you can shell if you want, but with such succulent pods, there’s really no reason. Just snap off the leafy top and remove the fibrous string from the seams and eat them whole.

Sugar snaps are considered a kind of new invention, but there’s documentation of them from the late 17th century, back then they were called “sickle peas” or “sugar peas with crooked pods.” In a seed catalog from 1855, they were listed as Butter Peas.

In the 1970s a plant breeder named Calvin Lamborn was trying to develop a non-buckling variety that would be good for the frozen food industry. That didn’t work out, but his variety won a gold medal from All America Selections in 1979, and became popular among home gardeners and went into commercial production. Sugar Snap is the name of Lamborn’s variety, but now it applies to any pea of this type.

Look for fat, perky pods that are uniform in color and have dry stems (dry stems are a sign of freshness). Flabby pods are likely to be stringy and bitter, best to avoid those.

Sugar snaps lose their flavor pretty quickly, so use them immediately. When they’re at their peak, they’re really best enjoyed raw. Excessive heat destroys all the things we like about them. (Who wants soggy sugar snap peas? No one.) They’re especially nice thinly sliced and added to salads. 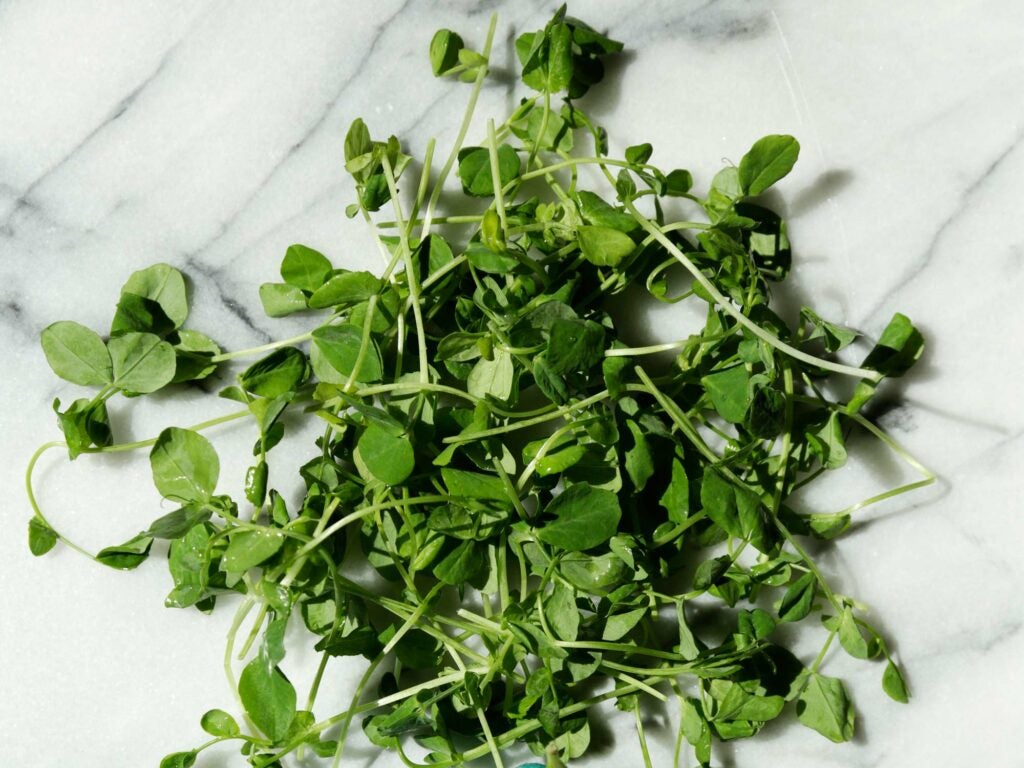 And Don’t Forget the Shoots

Get Cooking: Our Favorite Pea Recipes »