Old School Pancakes So Good They Don’t Need a Pan

Chef Jenn Louis shows how to make lidnivikis, a cheesy Polish pancake as fun to eat as it is to say 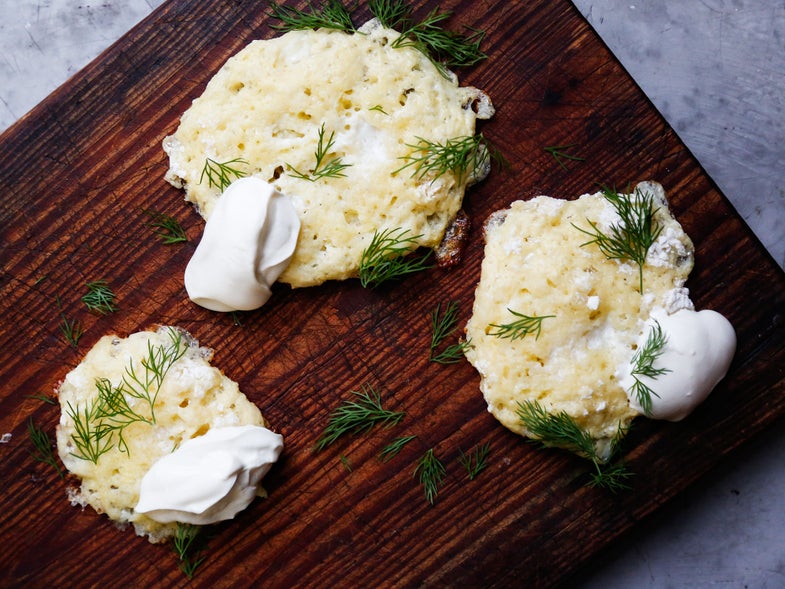 There’s more to pancakes than Bisquick and butter, and more than one kind of pancake. Take lidnivikis for example, an old school pancake of Polish origin more about creamy cottage cheese than maple syrup. Lidnivikis are lighter, fluffier, and much smaller, yet deliciously rich and creamy. They’re traditionally topped with sour cream and dill, and they don’t need much more to be perfect.

They’re also dead-easy to make, as Portland chef and author Jenn Louis shows in the video above. These pancakes aren’t cooked in a pan; treat them more like cheese and egg barely held together with flour, then sliced into rounds and baked. Butter browns the tops, and sour cream comes after, because sometimes three kinds of dairy are better than one.

Get the recipe for Jenn Louis’ Lidnivikis »