Apple Pancakes So Good, They Made It Into Ruth Reichl’s Memoir 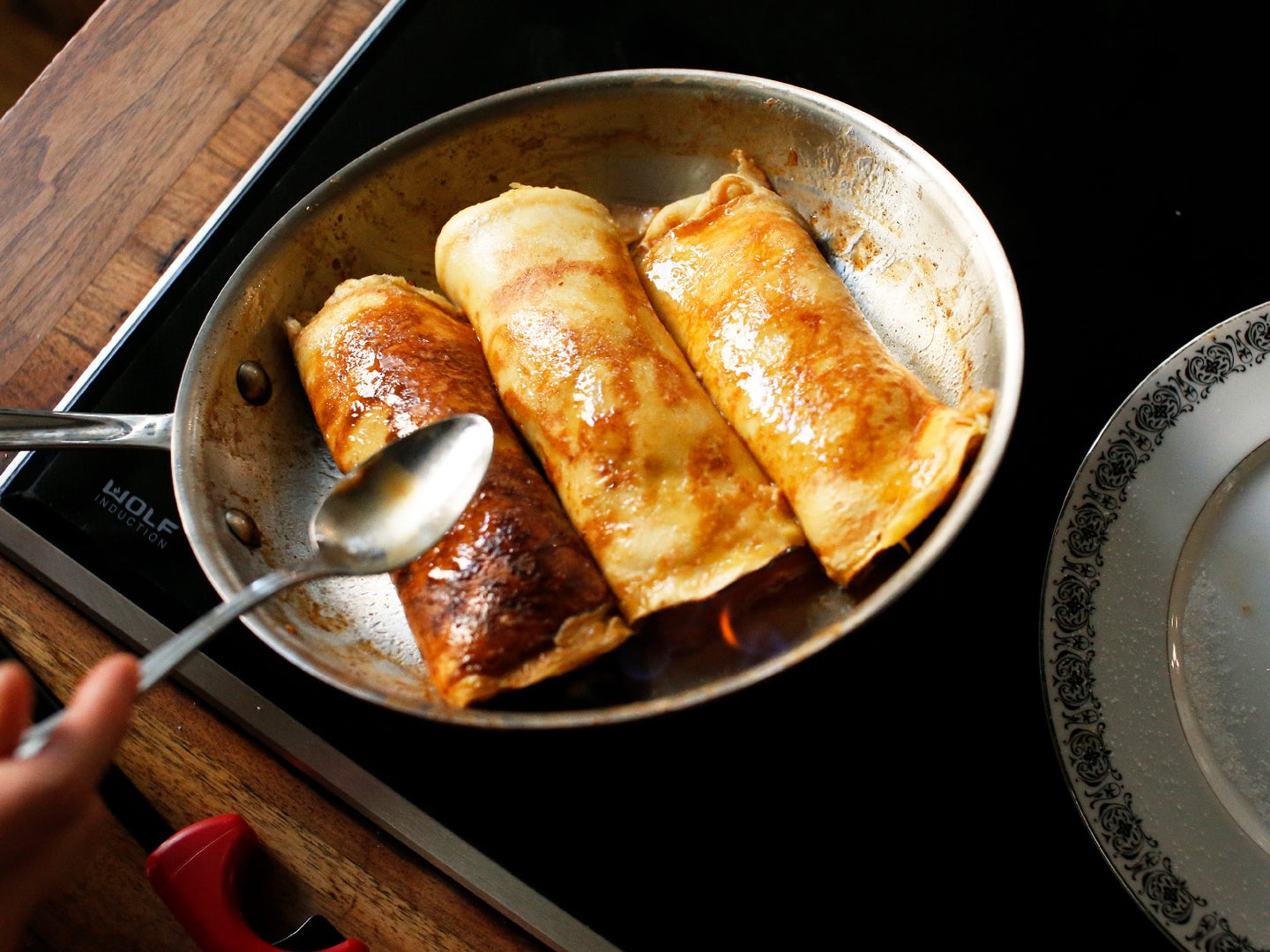 In culinary and literary legend Ruth Reichl’s new memoir, Save Me the Plums, the writer and former critic chronicles what might have been her most memorable—but, to her, unexpected—career years: the decade she spent at the helm of Gourmet magazine until it shuttered in 2009. Filled with poetic descriptions of food that have become her trademark, the book also recounts the years leading up to her time at the brand, transitioning from Los Angeles Times food editor to New York Times restaurant critic, to working for Condé Nast during publishing’s heyday. With no shortage of fascinating stories about the ins and outs of media, memorable meals during her tenure, and Reichl’s unique path through the industry as a whole, I’m left to wonder: Why am I obsessing about her pancakes?

Under Reichl’s deft guidance, Gourmet was known for publishing world-class recipes that were still accessible to home cooks everywhere. Her staff and arsenal of famous and budding food writers at times also navigated the waters of politics behind our food: In the book, Reichl details her dilemma about publishing David Foster Wallace’s now famous essay “Consider the Lobster” debating the humanity of killing lobsters using certain methods. The magazine also helped introduce the world to then-and-now legendary chefs like Eric Ripert and Daniel Boulud.

But with her focus on all things culinary, it is ironic that this savvy cook and food editor had a mom who was a “truly terrible cook”—except for making the “best corn-on-the-cob in the world,” using produce from upstate farmers and a simple but failsafe technique. “I never eat corn-on-the-cob without thinking of my mother and wishing that the corn tasted the way hers did. And it never does,” Reichl tells me. “But right before I bite in, I’ll have the memory of eating corn around my mother’s table.”

“[My parents] were really not food people, but they encouraged my passion for food, which was really generous of them because they found it baffling,” she says. Save Me the Plums is sprinkled with personal anecdotes about them, but one idiosyncrasy stands out: Her mother’s love and devotion to the apple pancakes—or apfelpfannkuchen—served at Lüchow’s, a German restaurant in Manhattan’s East Village. As Reichl recounts, she and her parents would visit weekly when she was growing up, and her mother would always order the pancakes.

They appealed to her sense of theater, Reichl explains. Measuring about a foot-and-a-half in diameter, the pancakes were presented at the table by a waiter armed with thick glass shakers of powdered sugar and cinnamon, which he sprinkled liberally over them before pouring fresh fruit or chocolate sauce over the top. But the final step was always the best part of the spectacle. Reichl writes, “I […] saw her face begin to glow as the waiter doused the pancake with rum and set it on fire.”

Inspired by the recipe, Reichl gathers her family around her one evening as the day fades into a vivid sunset. She decides to make the pancake in the spirit of the original 1960s dish. Her son Nick and his partner Monica join her in the kitchen, conspiring to remember the tastes and textures that would help her bring the pancakes back to life.

Similar to a Dutch baby in origin, they were made by pouring batter into a pan to make a thin crêpe. When both sides were cooked, Reichl smothered them with apples, sprinkled them with sugar, and rolled the pancakes up around the fruit like a jelly roll. The rum or cognac—and lighting it ablaze—was and still is optional, she says, but it was always part of the sensory memory of her experience with her mother.

Describing the process of recreating them, Reichl writes: “There’s something soothing about peeling apples, about the way they come out of their skins. Slicing them is another pleasure, and I listened for the juicy crunch of the knife sliding through the flesh. I cut into a lemon, treasuring the scent of the aromatic oils as they flew into the air.” Are the smells more encapsulating and the pancakes more delicious because of her personal connection to the dish? I don’t know. I can’t remember much after biting in.