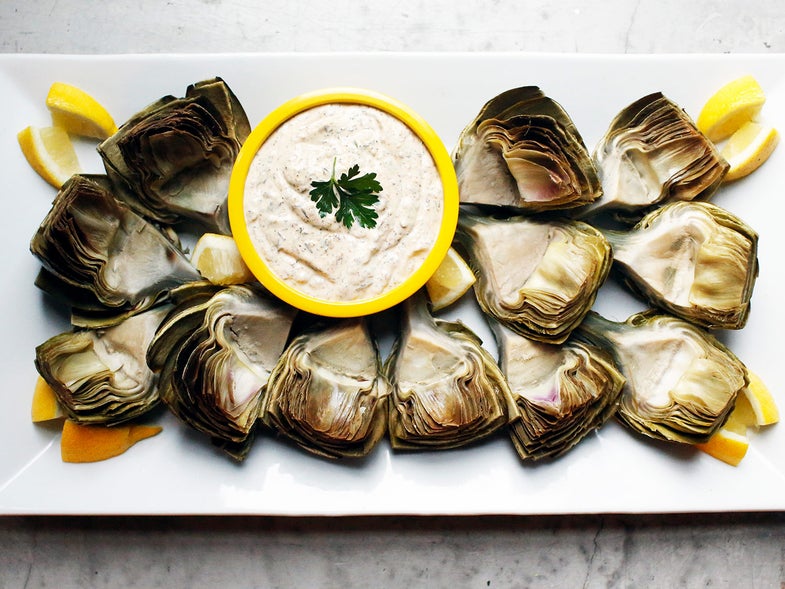 This recipe comes from Susan Feniger’s cookbook Street Food (available in print and on the Apple iBookstore), a July 2012 pick in SAVEUR’s roundup of the best culinary ebooks, Digital Feast. Susan says: “Za’atar is the Arabic word for thyme, but it is also used to describe a mixture of sesame seeds, dried thyme, and spices that is found all across the Middle East. This za’atar dipping sauce calls for sumac, an African spice that is also used in Middle Eastern cooking. The fruit of the sumac plant is a gorgeous deep red berry and, when it’s ground, adds a lemony flavor to help balance the richness in a dish. If your local supermarket doesn’t carry ground sumac, you can always find it in an Asian or Middle Eastern market.”

For the Lemon Za’atar Dipping Sauce

This recipe is excerpted with permission from _Susan Feniger’s Street Food, copyright 2012 Clarkson Potter, available on the Apple iBookstore._