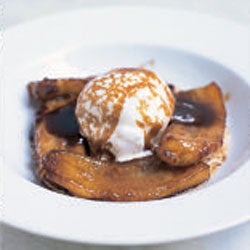 Paul Blange, then chef at Brennan’s Restaurant in New Orleans, created this concoction in 1951, in honor of his friend Richard Foster, owner of the Crescent City’s Foster Awning Company. Though it has become known as a classic dessert, the dish was originally served as a special during a Brennan’s breakfast promotion.