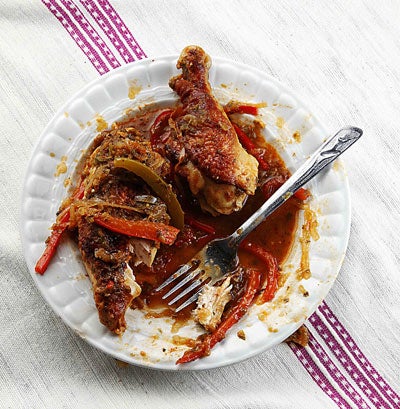 This traditional Haitian stewed chicken dish owes its fiery kick to a marinade with Scotch bonnet peppers. This recipe first appeared in The Light of Morning, a story about a town in northwest Haiti where putting good food on the table is both a serious business and a reassuring ritual.

Correction: August 22, 2011 The printed headnote for this recipe mentioned lime. However, the recipe does not contain lime. The headnote has been corrected to reflect this.