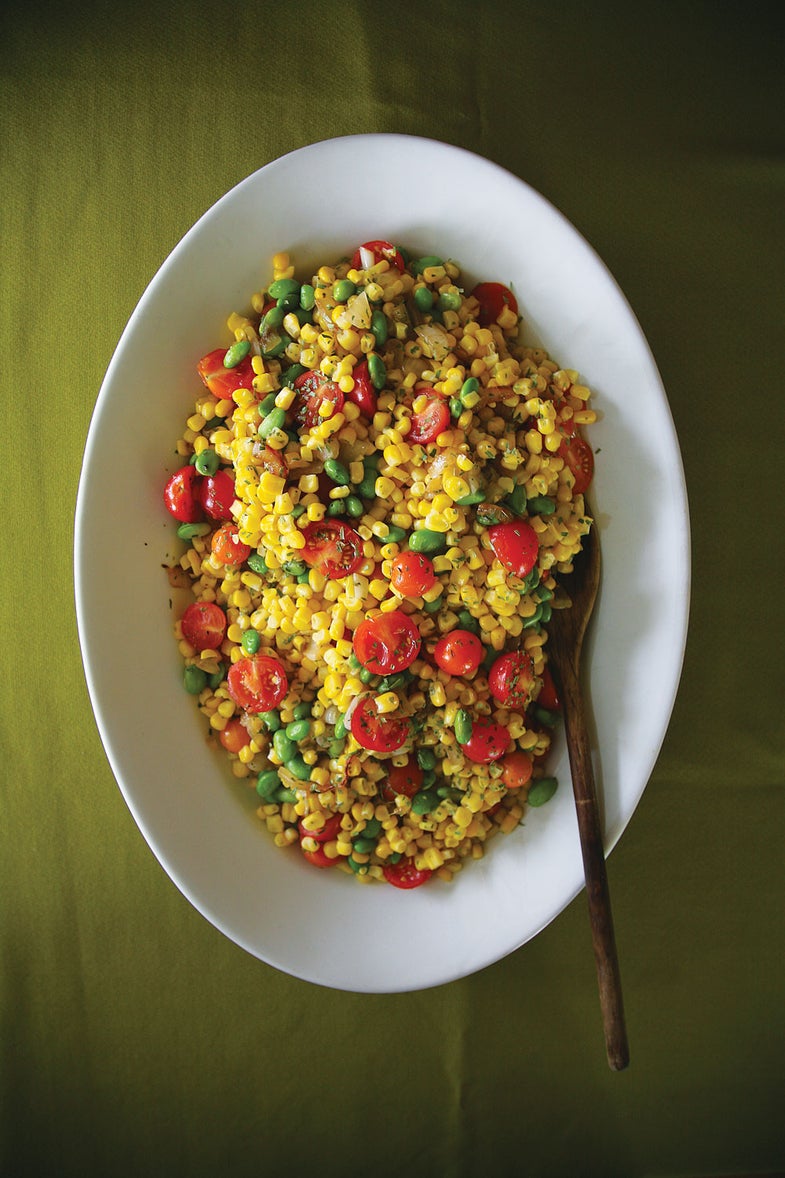 Neal Ballard of Lawrence, Kansas, elevates this summer mainstay with grilled sweet corn, plus fresh edamame in place of the traditional limas. This recipe first appeared in our August/September 2013 Heartland issue with the story Salad Social.