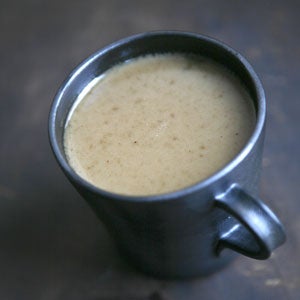 Hot buttered rum is part of an American colonial tradition in which flavorful ingredients, such as molasses, were added to soften the harsher rum available in years past. This is an adaptation of a recipe that appears in Trader Vic’s Bartender’s Guide (Doubleday, 1972).