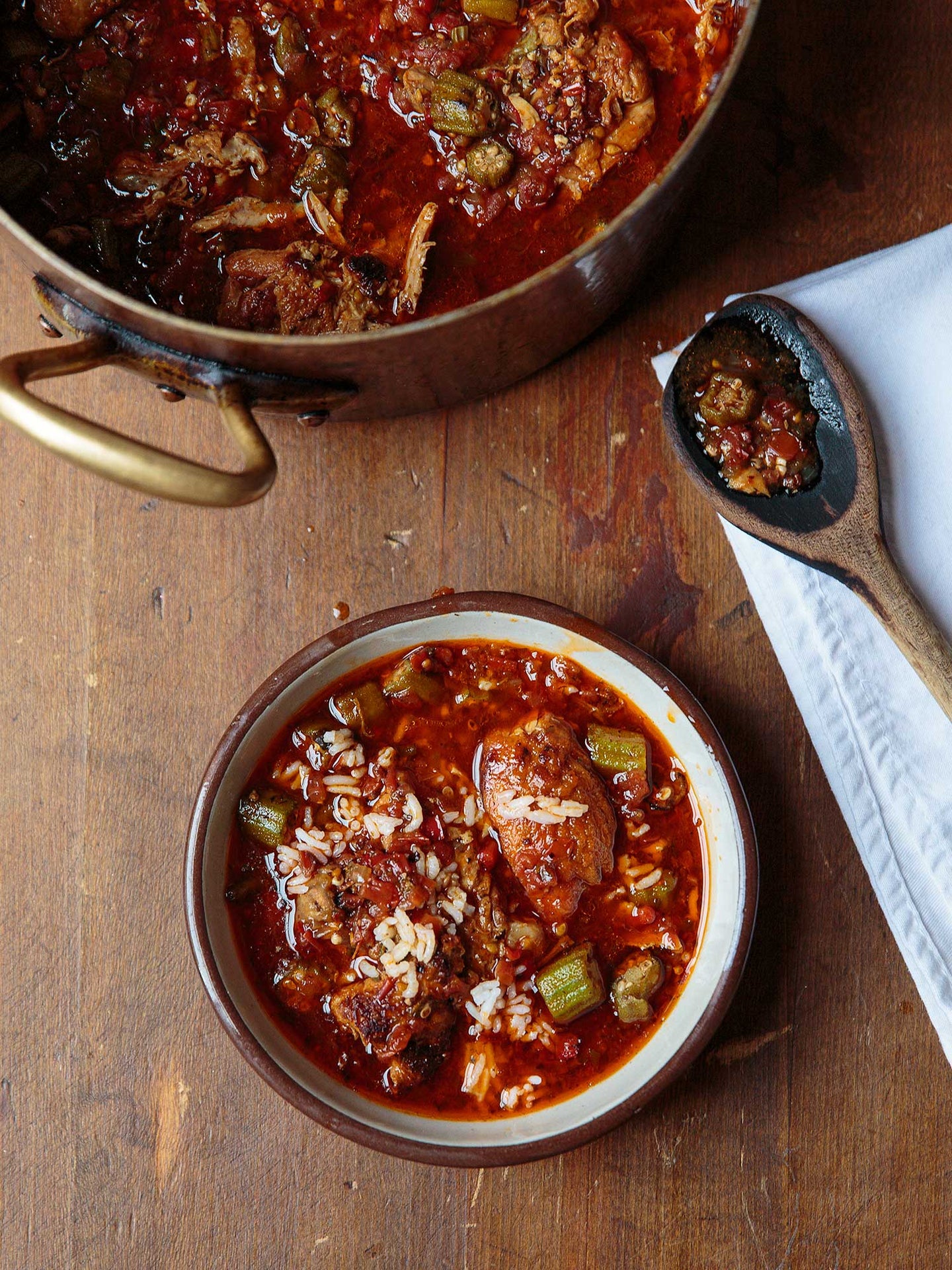 Most gumbos begin with a roux—a flavorful thickener made by cooking fat with flour. But there are as many ways to make a gumbo as there are cooks in Louisiana. Many versions of the dish, especially those of Creole origin, are made without a roux, including this recipe from The Picayune’s Creole Cookbook, which uses a combination of tomatoes and okra as a thickener. While adding tomatoes to gumbo is heresy in many Cajun kitchens, Creole cooks are fans of the bright, sweet complexity they add to the dish—and so are we.