Tips for buying, storing, and cooking fall horseradish, plus our favorite recipes for horseradish. 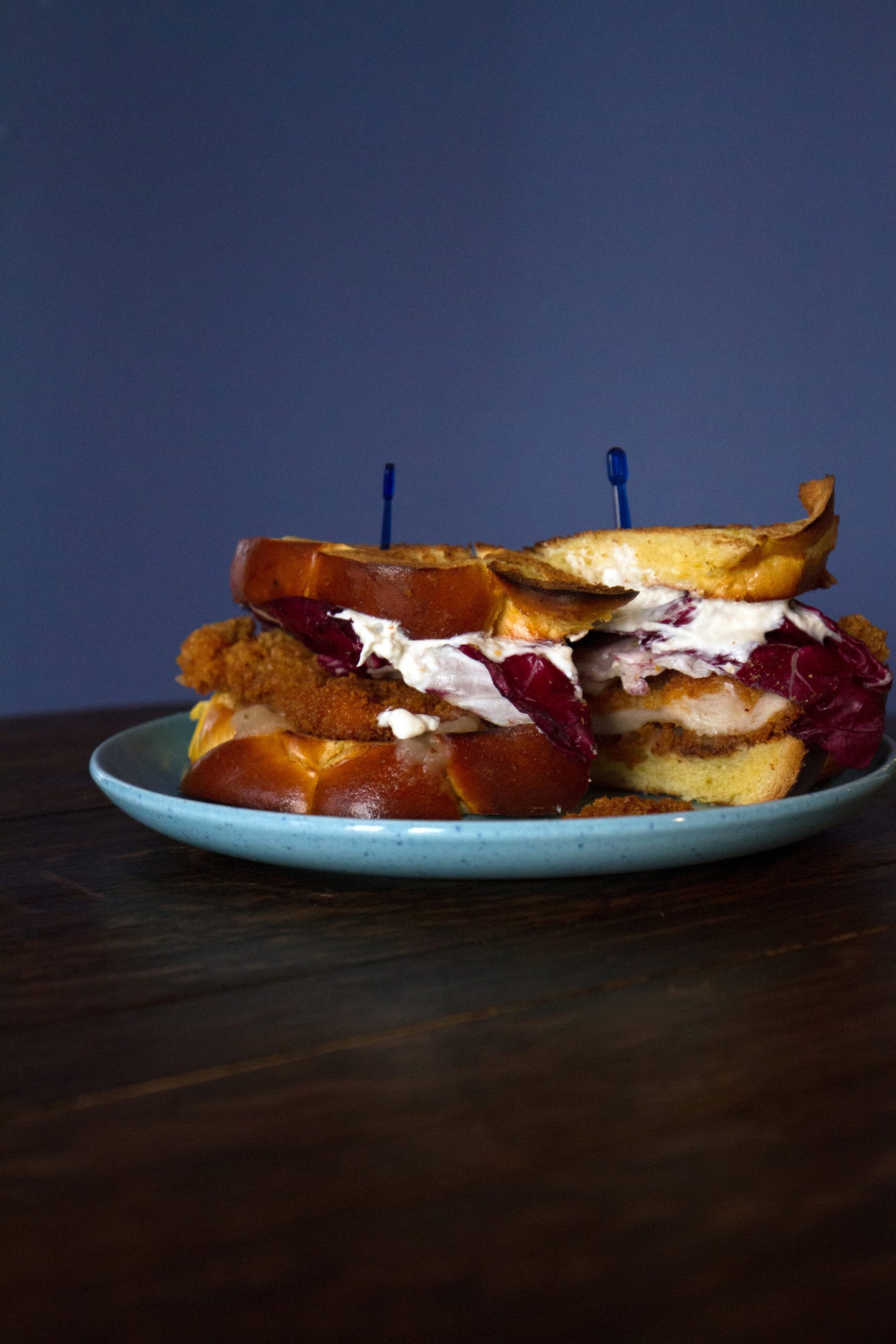 "This dish is a fun take on the fried chicken sandwich; the horseradish cream offsets the bitterness of the radicchio and the richness of the schnitzel nicely. I love to eat this as a late night snack at the end of service." — Eli Sussman, executive chef at New York's Mile End Deli Get the recipe for Chicken Schnitzel Sandwich with Horseradish Cream and Radicchio ». Farideh Sadeghin
SHARE

Horseradish, the crisp root of an East Asian cabbage relative, is in the same botanical family (Brassicaceae) as kale, mustards, turnips, and rutabagas. While it boasts edible leaf tops that can be a peppery accoutrement to salads, it is mostly known and cultivated for its winter-hardy, gnarly-looking root. That root has a pungent flavor and heat that make a bracing addition to rich sauces, creamy soups, and bold bloody marys. Its tear-inducing potency also holds significance for the Jewish Seder plate; the bitter zing symbolizes the hardships faced by Jews in pharaoh-ruled ancient Egypt. While horseradish is often sold as a jarred condiment (with vinegar, additives, and sometimes beet juice), we find that the flavor of the prepared stuff is a subdued second-string to the fresh variety. Find it at Whole Foods or similar grocery stores; peel away its barklike exterior, grate it or chop it with a food processor, and add it to just about anything that could use some pop, from Polish white borscht to a simple side of Brussels sprouts.

Look for horseradish that’s firm, without any soft spots, blemishes, or mold growth. The root shouldn’t be shriveled or dry, despite its twisted, knotted appearance

Horseradish will keep best in a cool, dark place. It will keep for a few weeks if stored unpeeled, wrapped in a slightly damp paper towel and stored in a plastic bag in the crisper drawer. Peeled and grated horseradish, tempered with a little vinegar, can be frozen for up to six months (though it will lose some of its zing).

Rinse the horseradish root just before using it, to remove any dirt or grit. Peel or cut away its outer surface. Grate it using a zester or the small holes of a box grater, finely mince it with a chef’s knife, or cut it into cubes and run it through a food processor. You’ll want to work with it in a well-ventilated area—as with onions, the vapors can sting your eyes.

Spelt Risotto with Beets and Horseradish