Grab your favorite pils and go beyond bratwurst and sauerkraut 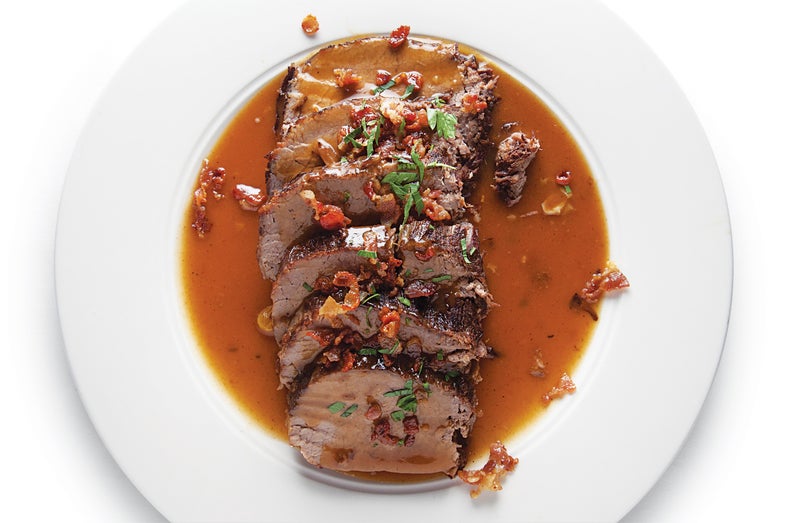 It was in Cologne in 1963 that I finally solved the riddle of preparing sauerbraten. What I could not achieve until then was the golden glow that shimmers over the deep brown gravy; browning flour in the conventional einbrenne (roux) never yielded that result. But a generous chef demonstrated the secret: the addition of sugar to the einbrenne. It gilds the gravy even as its sweetness balances the sour lemon note and the zing of pickling spices. —Mimi Sheraton, author of The German Cookbook. Todd Coleman
SHARE 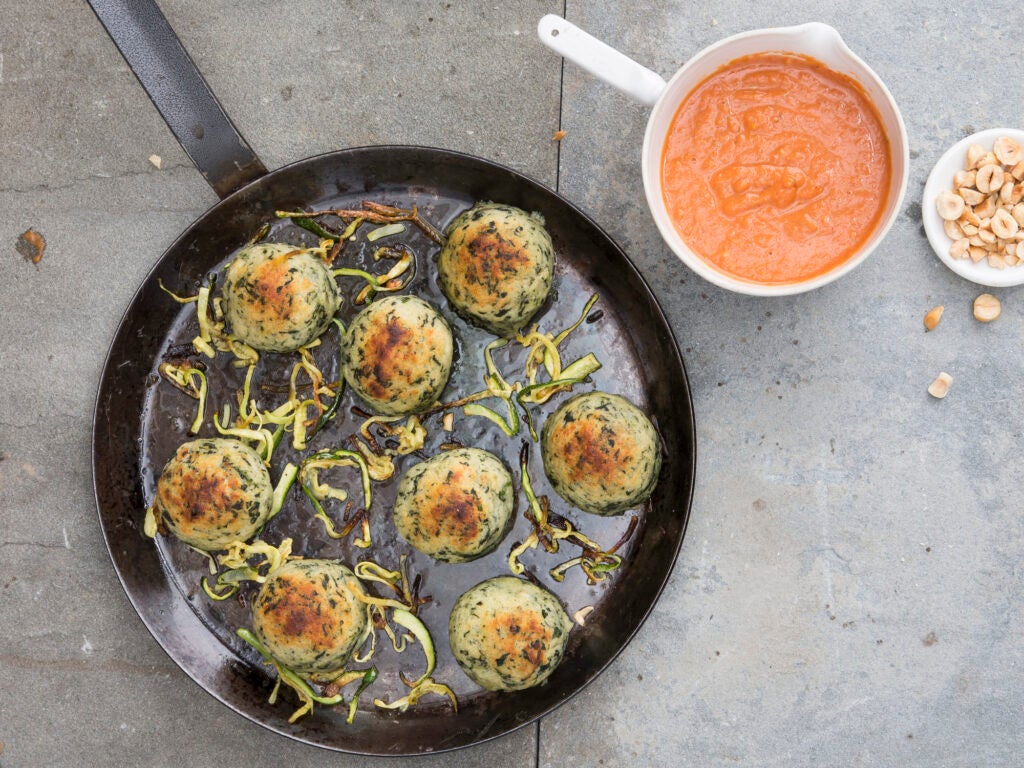 A chilled tomato sauce with sundried tomatoes makes a pleasant contrast to these hot potato and spinach dumplings, which chef Josita Hartanto of Berlin’s Lucky Leek binds together with firm tofu and durum wheat semolina. Dry the potatoes and spinach thoroughly so the dumplings will hold their shape. Get the recipe for Spinach and Potato Dumplings with Cold Tomato Sauce » 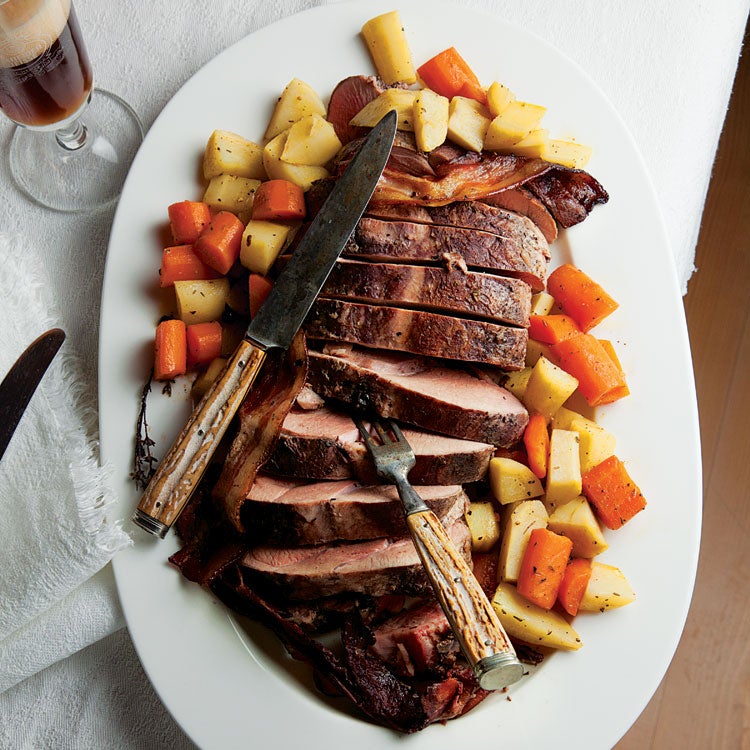 Juniper berries and caraway seeds give braised pork a floral, woodsy flavor. Wrapping it in bacon keeps the meat moist. Get the recipe for Braised Pork Roast with Root Vegetables (Schweineschmor-braten mit Rübengemüse) » 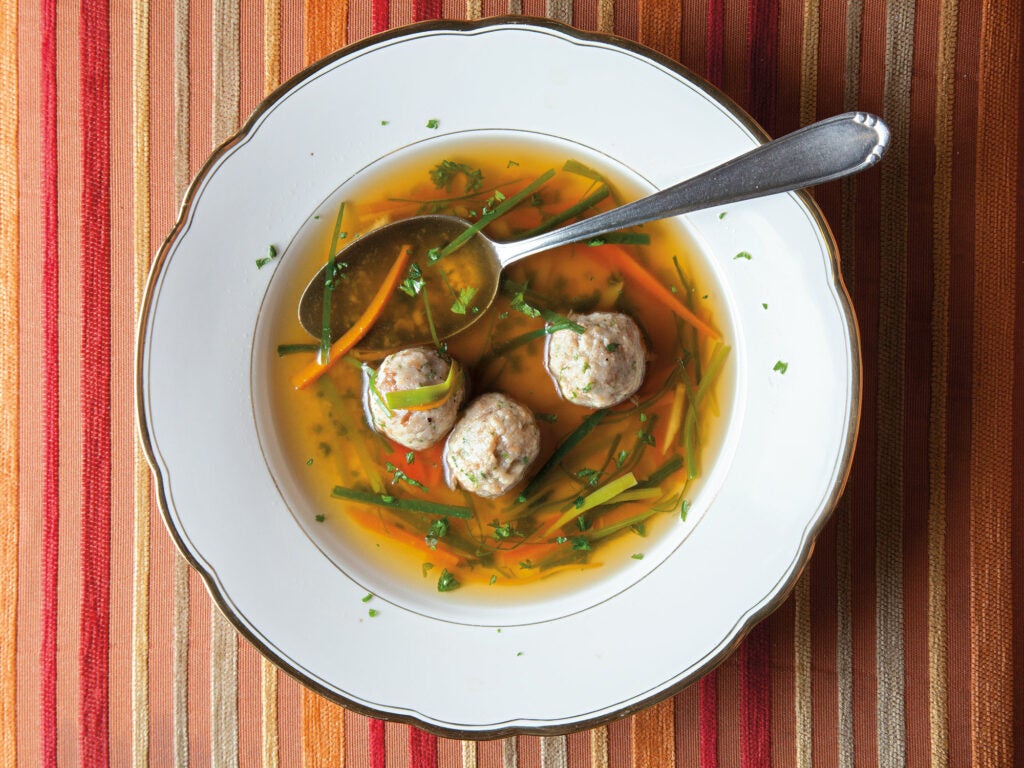 The dumplings in this beef soup get a boost of richness from beef bone marrow; parsley and nutmeg impart bright and warming flavors. Get the recipe for Beef Marrow Dumpling Soup (Markklösschensuppe) » 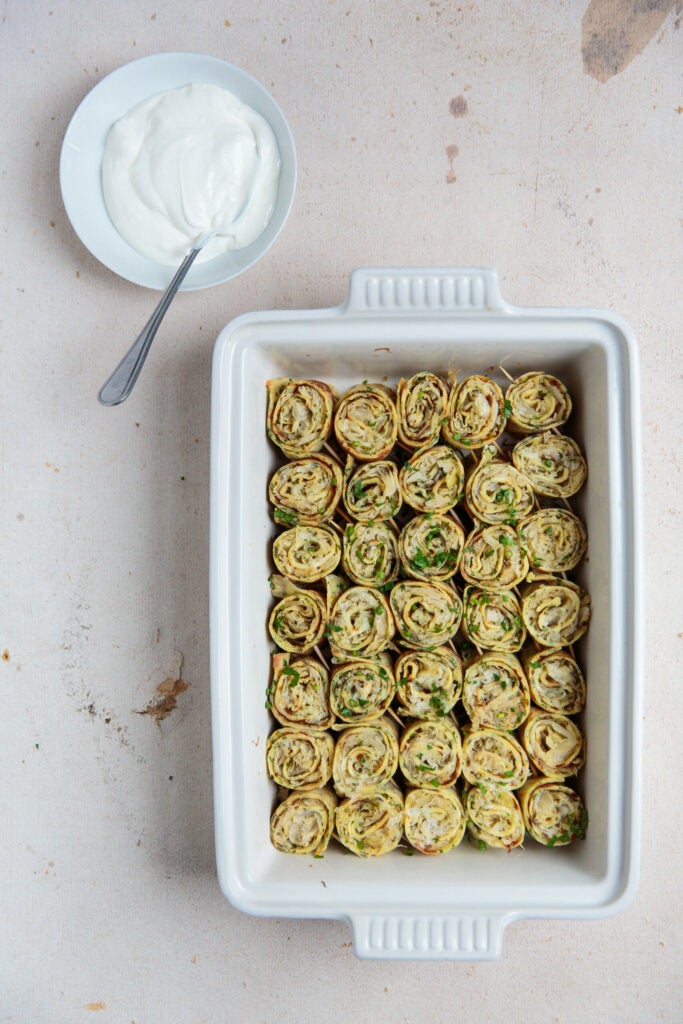 Sauerkraut is rolled inside savory herb crêpes for this delicious side dish. Get the recipe for Crêpes Filled With Sauerkraut » 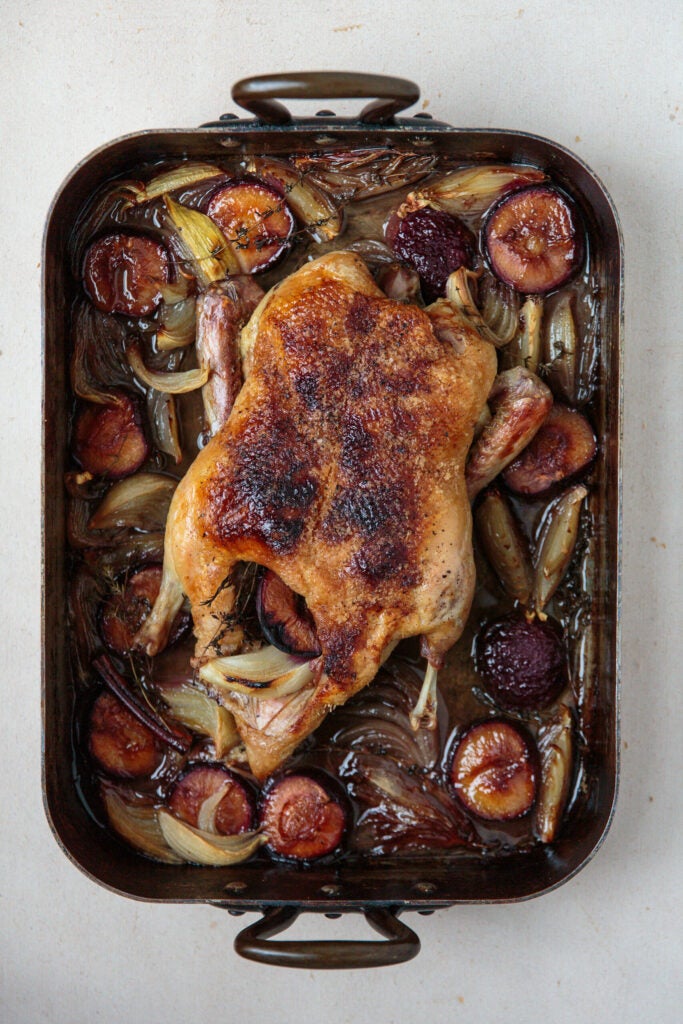 A simple roast duck is paired with juicy plums and spices in this recipe from Biergarten Cookbook: Traditional Bavarian Recipes by Julia Skowronek (Dorling Kindersley, March 2015). Get the recipe for Roast Duck with Plums » 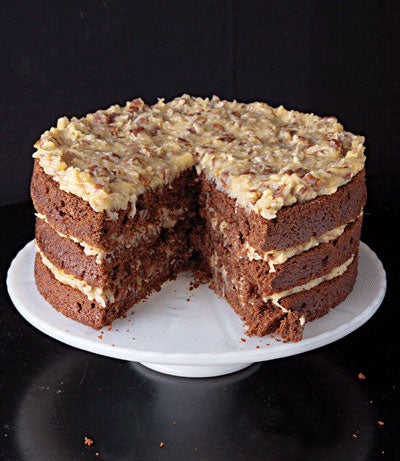 This decadent triple-layer dessert takes its name from German’s Sweet Chocolate, a product that’s not German at all: the versatile baking chocolate was created by an American baker named Samuel German in 1852. Get the recipe for German Chocolate Cake » 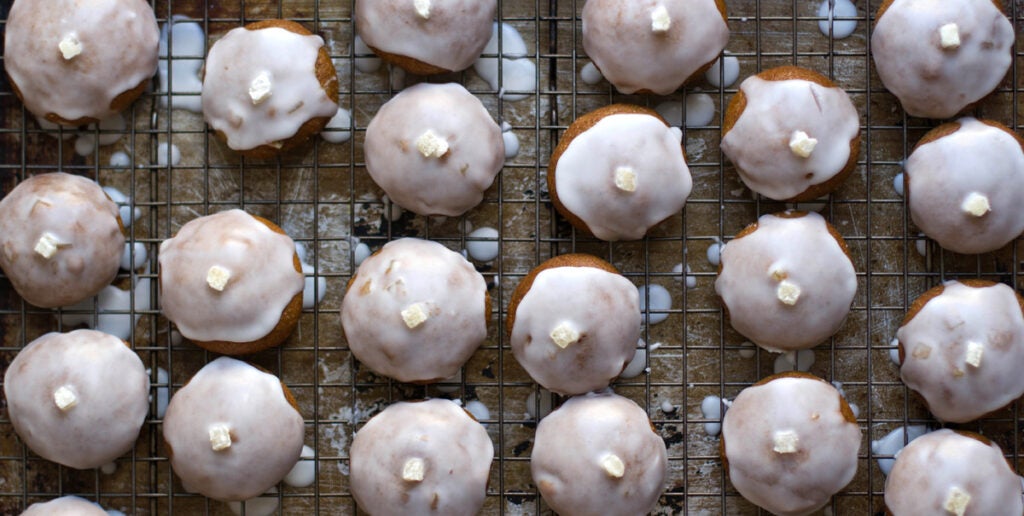 These fragrant treats provide a delightful rush of warm spices when bitten into. For best results, start with whole spices and grind them yourself. Get the recipe for German Spice Cookies (Pfeffernüsse) » 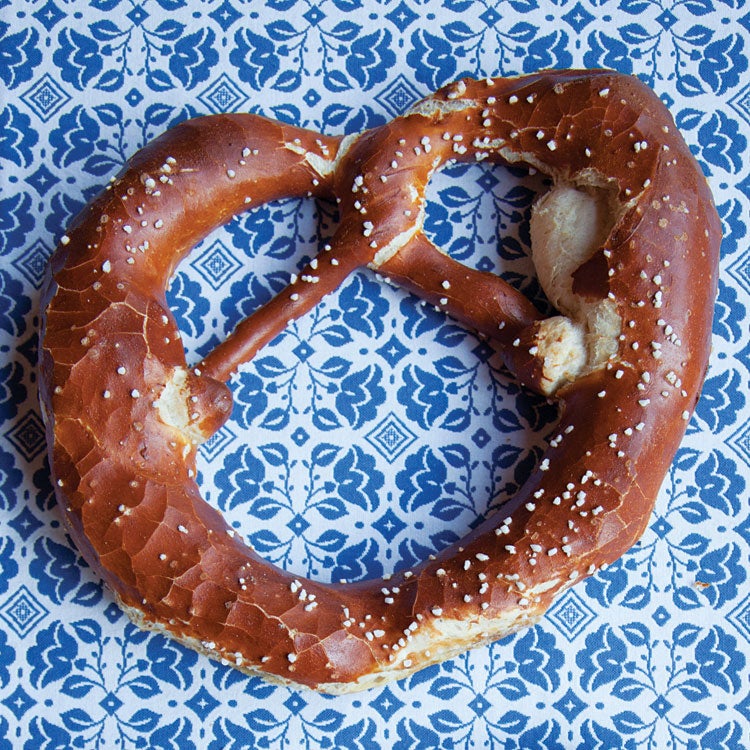 At the Hofbrauhaus beer hall in Munich, these giant pretzels, which have a similar chew to bagels, are served with soft butter. Get the recipe for Laugenbrezel (Traditional German Pretzels) » 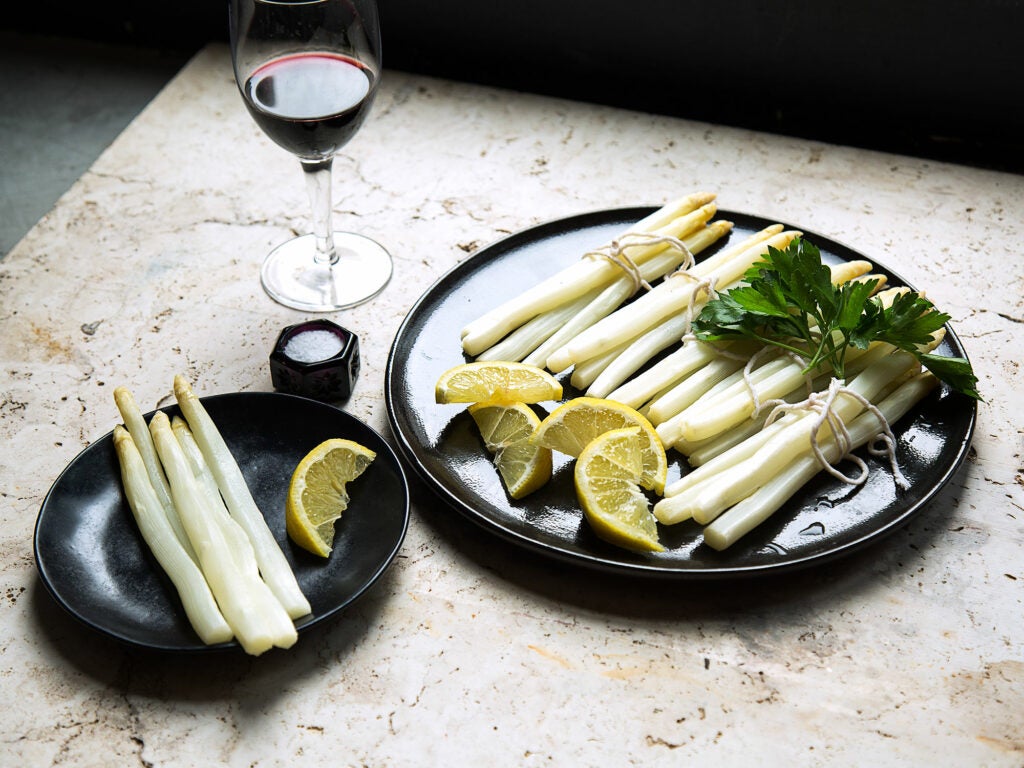 How to cook white asparagus 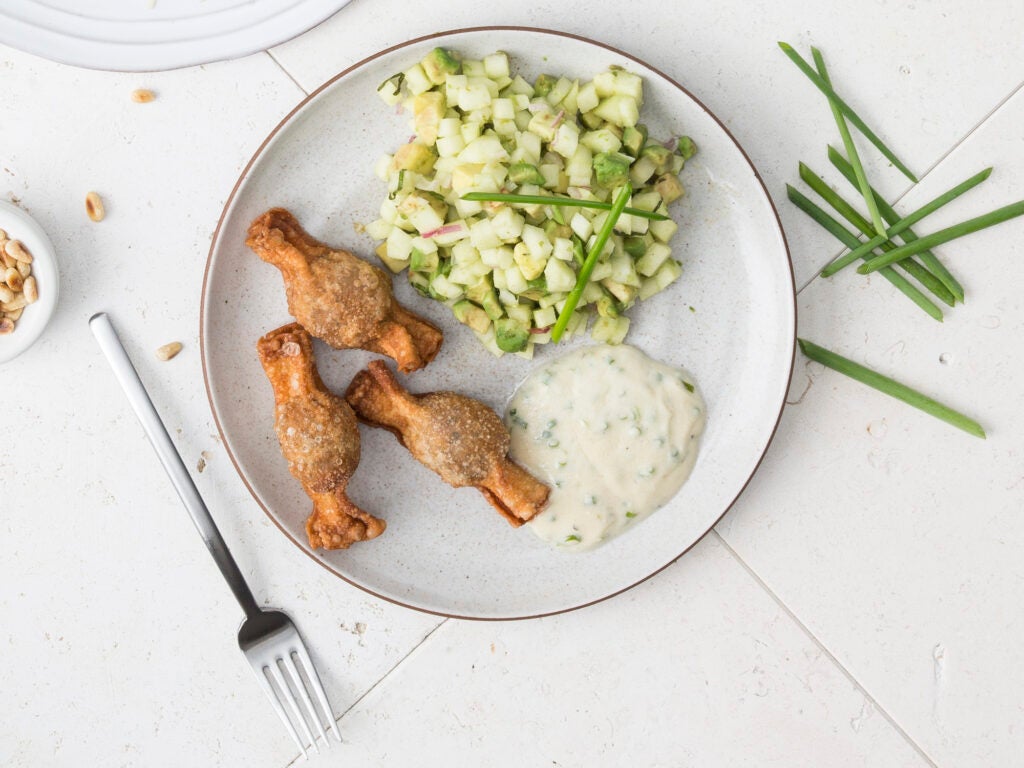 Tart apple and cold avocado balance hot, crisp walnut dumplings and creamy chive sauce in this refreshing vegan dish from chef Josita Hartanto of Berlin’s Lucky Leek. You can make the walnut dumplings a day ahead, but make sure to prepare the tartare within two hours of serving, so the apples and avocados don’t brown. Get the recipe for Avocado and Apple “Tartare” with Fried Walnut Dumplings and Chive Cream » 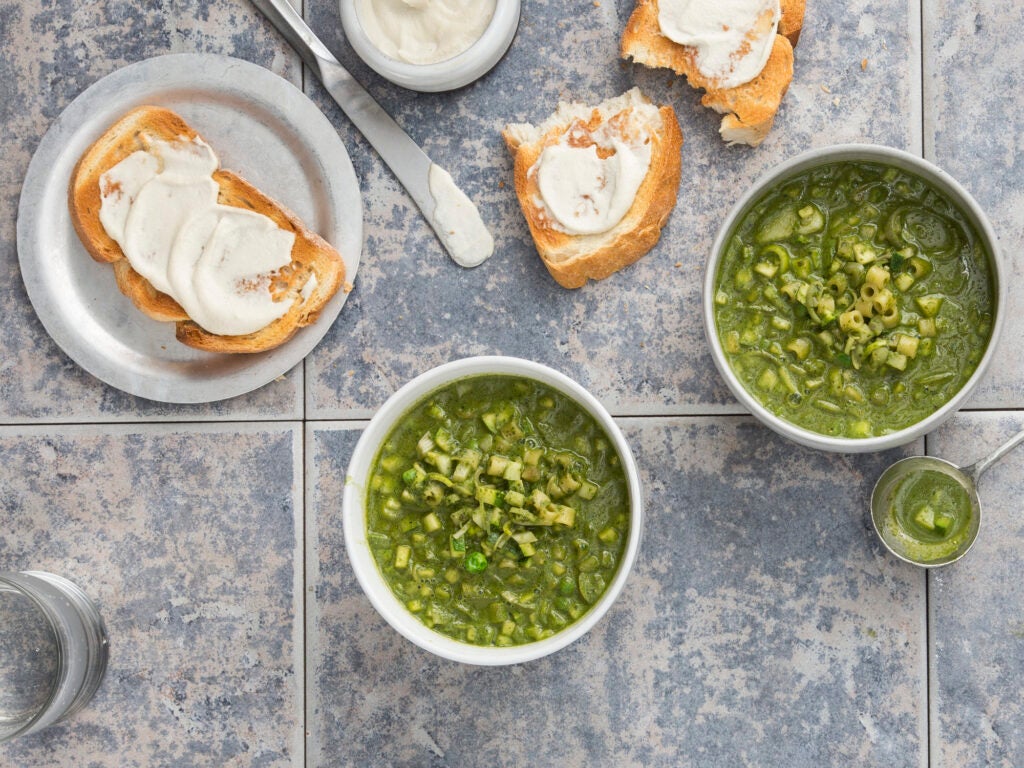 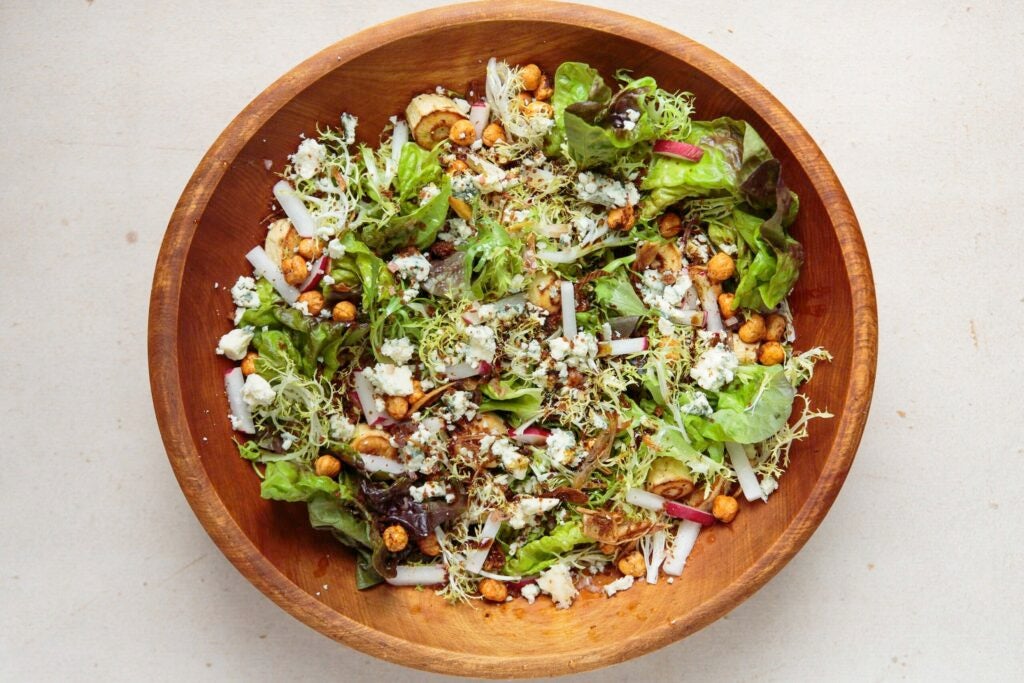