In Brazil's Içana River Basin, the Baniwa have made a market for their ancestral chiles 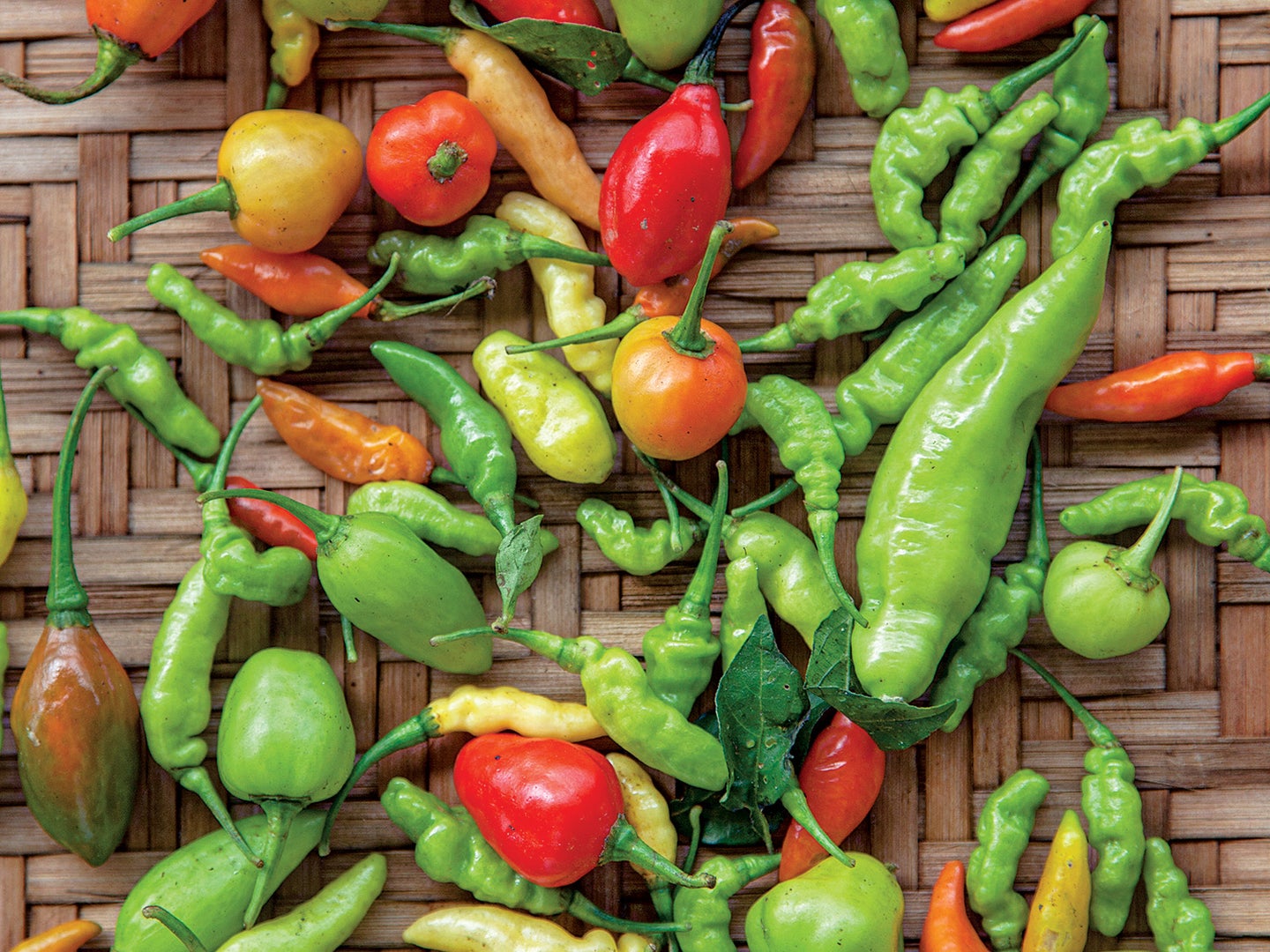 The slender, yellow-green kapitsiriwi pepper is named after a blowpipe dart. Then there’s dzaka inapa, resembling a jaguar’s tooth, and kawathsidalipe, extremely hot and shaped like a clay pot. Spanning from orange to green to yellow to purple, 80 distinct pepper varieties are cultivated by the Baniwa, a people who have lived in small settlements in northwestern Brazil’s Içana River basin for thousands of years.

“As far back as I can remember, there were always peppers around,” says Alfredo Brazâo, a Baniwa man who eats these indigenous chiles with every meal. Arable land is sparse here, so many Baniwa families plant their gardens on hills in the jungle to avoid flooding, even if doing so requires a bit of a journey. Brazâo and I hike for more than an hour from the village of Yamado to a garden where one family is growing more than 500 plants. Along the way, he recalls how a shaman once gave his sister a pepper as part of an adulthood initiation ritual; his mother told her to “chew it, swallow it, and feel the pain.” The burn represents suffering, Brazâo says, and with patience, either can be overcome. The Baniwa will also rub chiles on the gums of infants, which they believe protects the children from evil spirits.

A dish of tambaqui fish seasoned with peppers Nicholas Gill

In this low-impact garden plot, planted by Alexandre Custodio and his family on just a few hectares of land, peppers grow alongside yuca, bananas, and cashews—all staples of the Baniwa diet. The peppers, most no larger than a pinkie finger, grow in tight clusters on small bushes, soaking up the direct heat of the sun. Baniwa families like Custodio’s will give their seeds as gifts at weddings and communions, in hopes that the recipients’ gardens will remain sprinkled with colorful peppers throughout multiple generations.

Fresh chiles here are most commonly eaten with fish—which the Baniwa believe could make you physically and spiritually ill if not for the peppers’ protective powers—and some are smashed and served with fruits such as the tomato-like cubio. But most of the harvest is dried and turned into jiquitaia—­­­a salty, everyday spice blend named for a reddish ant with a sting that lasts for days.

The exact pepper blend for homemade jiquitaia varies among families. Jars of it can be found in local markets in nearby towns, but selling them has rarely provided a significant income for the growers. Brazâo, along with a handful of other Baniwa, hopes to change that. With the Brazilian nonprofit Instituto Socioambiental, they’re building a global market for the spice, providing a sustainable income alternative to the damaging and often illegal logging and gold mining currently taking place in the region: They’ve collaborated with São Paulo chef Alex Atala to establish a network of casas da pimentas, or community pepper houses, to prepare the jiquitaia for global distribution. The effort will also help preserve the Baniwa’s ancestral traditions.

Left: Alexandre Custodio near his garden plot outside Yamado
Right: Most of the Baniwa’s ancestral peppers are remarkably small but inflict an intense, fiery heat. Nicholas Gill

Gourmet stores and popular restaurants around Brazil now carry the bottled mix (it can be found online for shipment to the U.S.) at a higher price per gram than the gold that might otherwise be extracted from the land. Each jar is marked with a batch number, the date it was packed, and the name of the pepper-producing community, who receive nearly 30 percent of the retail price. Almost 300 families are involved in the project so far, and they’ve been able to reinvest their newfound income in their communities, building new housing and buying educational supplies for adults and children alike.

After our hike back to the village, Brazâo and I eat bowls of quinhampira, a simple, spicy stew made of fish and peppers, a meal the Baniwa consume at all times of day. “Peppers make us healthy,” Brazâo says, as he dips a piece of beiju, a doughy tapioca flatbread, into the broth. “If we eat them, we live a long life.”