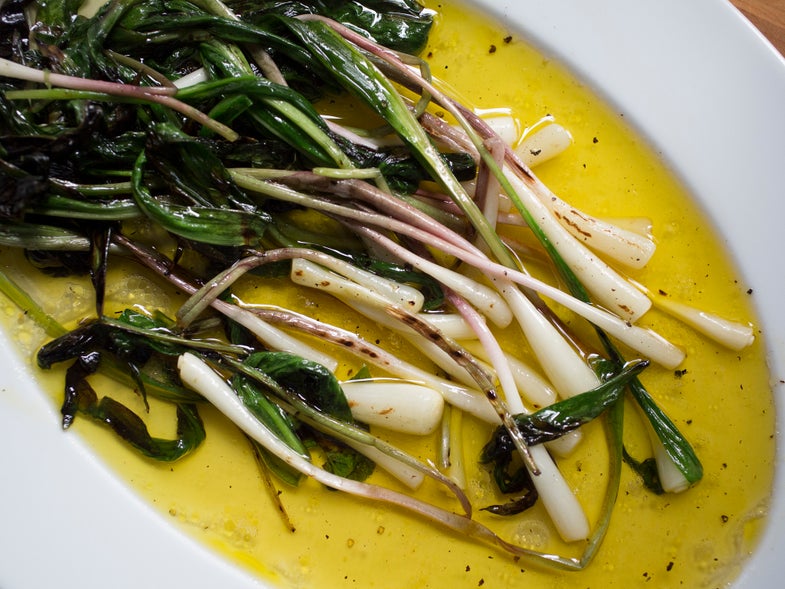 Chef Jose Enrique gave us the recipe for a springlike version of escabeche, the vinegar-and-olive oil pickling sauce that’s used to flavor and preserve everything from fish to vegetables. Enrique chars ramps on a grill pan, then dresses them in a combination of rice vinegar, honey, and olive oil to sweeten and round out the sauce. You can serve them right away, or preserve their garlicky goodness for later: Combine grilled ramps and escabeche in a large glass jar, seal, and store in the fridge. It’ll keep for 2 months.