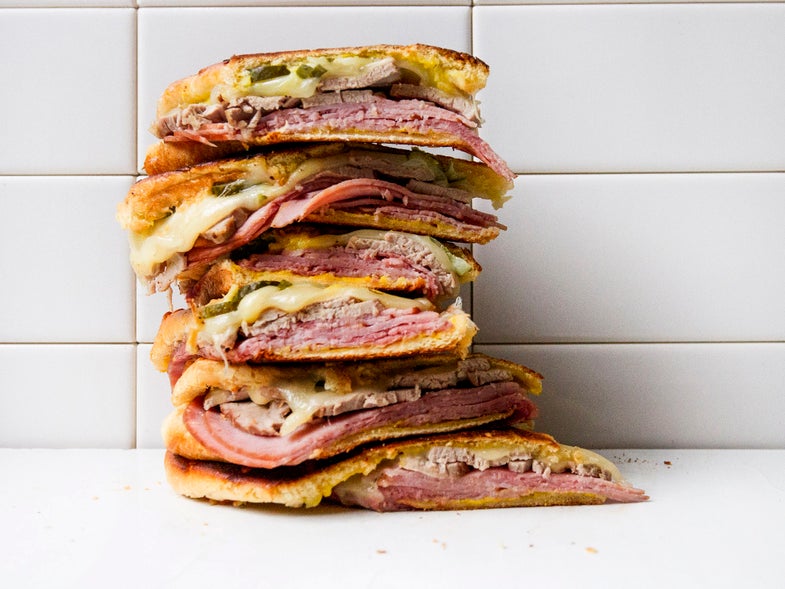 With roast pork, ham, Swiss cheese, and pickles, it's almost identical to a Cuban sandwich, save for the bread, a sweet egg load that's similar to challah. Get the recipe for Cuban Medianoche Sandwich ». Farideh Sadeghin
SHARE

A medianoche (literally “middle of the night”) is the kind of sandwich you eat after hours of partying in Miami’s Cuban dance clubs. With roast pork, ham, Swiss cheese, and pickles, it’s almost identical to a Cuban sandwich, save for the bread, a sweet egg loaf that’s similar to challah. The extra richness settles the stomach just a bit more, and it develops a wonderful crust when you toast it.

A cousin to the Cuban sandwich, the medianoche is commonly enjoyed at midnight, when the clubs have let out and you're hungry from an evening of dancing. It differs from the Cuban in that a sweet bread is used.
Yield: serves 4
Time: 1 hour