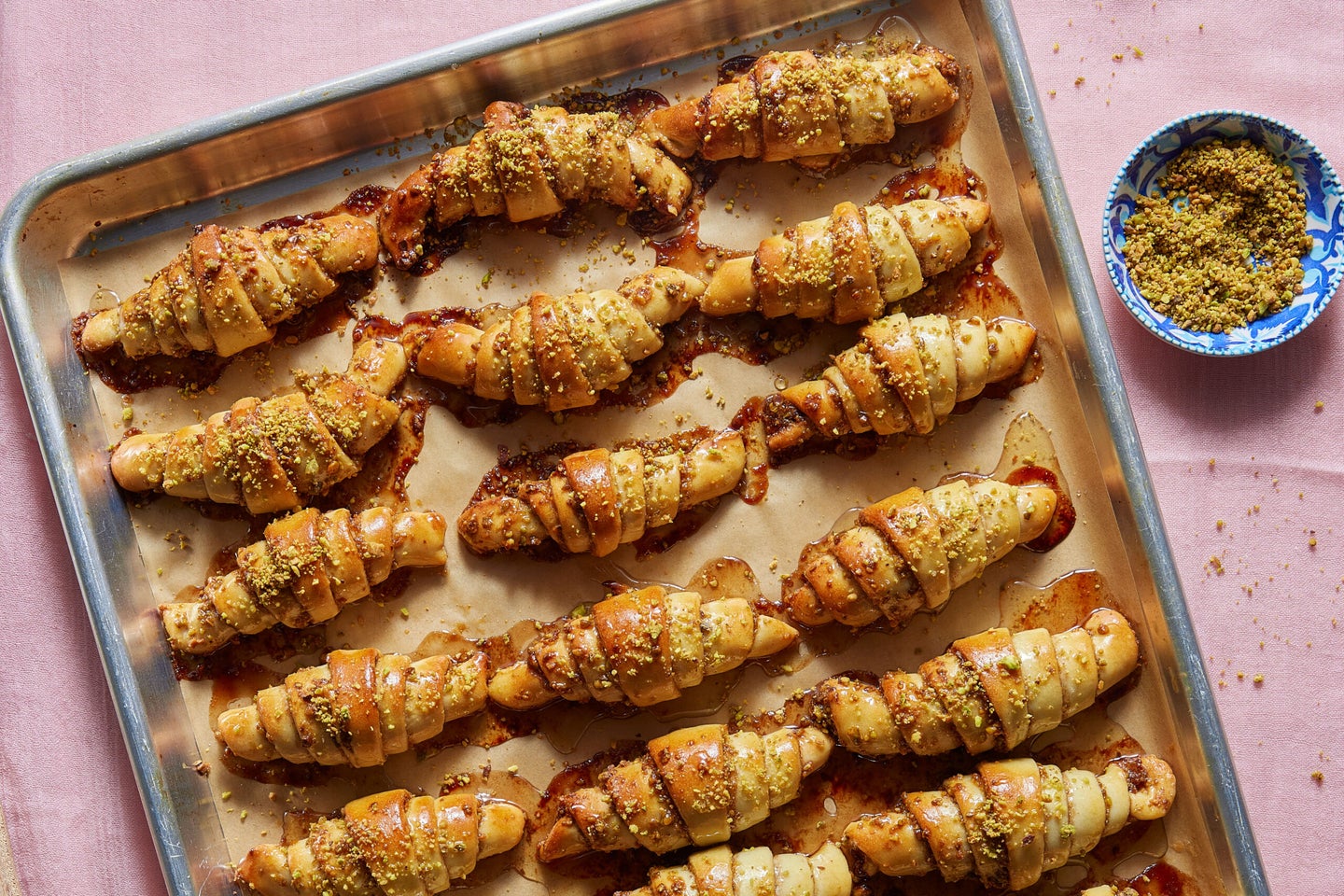 The most quintessential part of every weekend in my childhood home (at least, culinarily speaking) was rugelach. The dough was super thin and light, almost babka-like, and rolled into a tiny croissant shape. The traditional fillings were never overly sweet; warm and earthy cinnamon was balanced with just a touch of sugar; chocolate was always semisweet, never cloying. These were the perfect two-to-three bite treat at the end of our family’s Shabbat meal, a little afternoon pick-me-up or, dare I say, a late night snack.

Rugelach are a traditional Jewish pastry, with roots in a variety of Eastern European baked goods, like Hungarian kifli and Polish rogal. Early rugelach were likely made with a yeasted dough, and filled, much like today, with jam, poppy seed paste, or nuts. Eventually, rugelach made their way to the U.S., and American bakers adapted the old recipe for speed. They replaced the slow-moving yeast pastry with a cream-cheese based one that’s more similar to pie dough. American-style rugelach are now more or less defined by this rich and crumbly dough, which requires no kneading or rising time, and which removes at least a full hour from the old process. And while these are perfectly delicious, they aren’t the rugelach I crave.

Since these pastries were such an important part of my childhood, once I started cooking and baking, they were one of the first things I wanted to learn how to make. I quickly realized that the vast majority of the recipes online are nothing like the versions I grew up eating. After exhaustive research into the pastry’s history, I solved this mystery: I had grown up eating yeasted Israeli-style rugelach, while most of the recipes published here in the U.S. are, of course, American-style.

Once I figured that out, it didn’t take too much work for me to adapt my babka dough to create a classic, Israeli-style rugelach. I also spiced up the traditional fillings with some of my favorite Middle Eastern flavors that I think pair beautifully: toasted pistachios, date syrup, honey, rose water, cardamom, and cinnamon. (Rest assured—if you prefer simpler flavors, this dough also works just as well with cinnamon and honey.)  In my humble opinion, the resulting rugelach are just as delicious as any I’ve had from a bakery.

Note:
If you prefer to make a classic cinnamon rugelach, leave out the pistachio-date filling. Onto each half of dough spread 4 tablespoons of softened unsalted butter then top with a mixture of 1 cup brown sugar and 2 tablespoons ground cinnamon. Shape and bake as above, omitting the honey glaze and pistachio garnish.