These sweet Ukrainian dumplings—known as pierogi in Poland—are a staple of many Slavic cuisines. 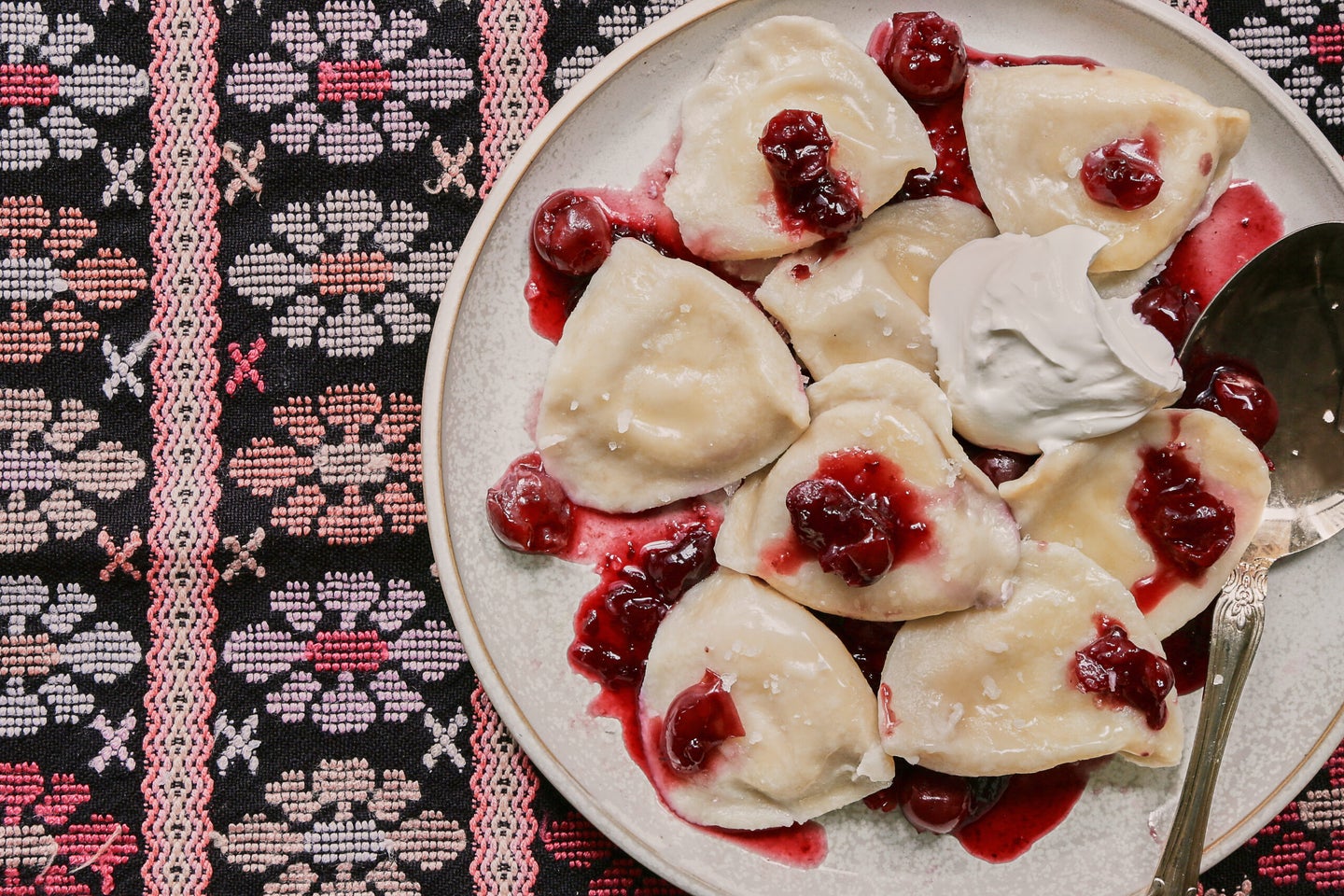 Born during the Stalinist era in the Black Sea port of Odessa, Larisa Frumkin grew up eating her mother’s varenyky, a staple dumpling of Ukrainian and Russian cooking. However, as an outspoken critic of the repressive Soviet regime, she was exiled with her young daughter Anya von Bremzen in 1974. The two arrived in the United States with two suitcases and no chance of return. (Von Bremzen would eventually document their story in her cookbooks Please to the Table and Mastering the Art of Soviet Cooking.) Frumkin currently lives in Jackson Heights, New York and teaches how to prepare dishes like these dumplings at multinational cooking school The League of Kitchens. She recommends a traditional filling of fresh farmer’s cheese, a tangy pressed cottage cheese known as tvorog or syr in most Slavic countries. Frumkin teaches that the easiest way to roll out the dough is using a pasta sheeter, but a rolling pin also works fine. You can make sweet or savory varenykys by either adding sugar to the cheese or salt. This  sweet version is traditionally served with preserved sour cherries and sour cream.

Larisa Frumkin’s Varenyky
These sweet dumplings, known as pierogi in Poland and varenyky in Ukraine, are a staple of many Slavic cuisines.
Yield: serves 4
Time: 1 hour, 30 minutes

For filling and serving: