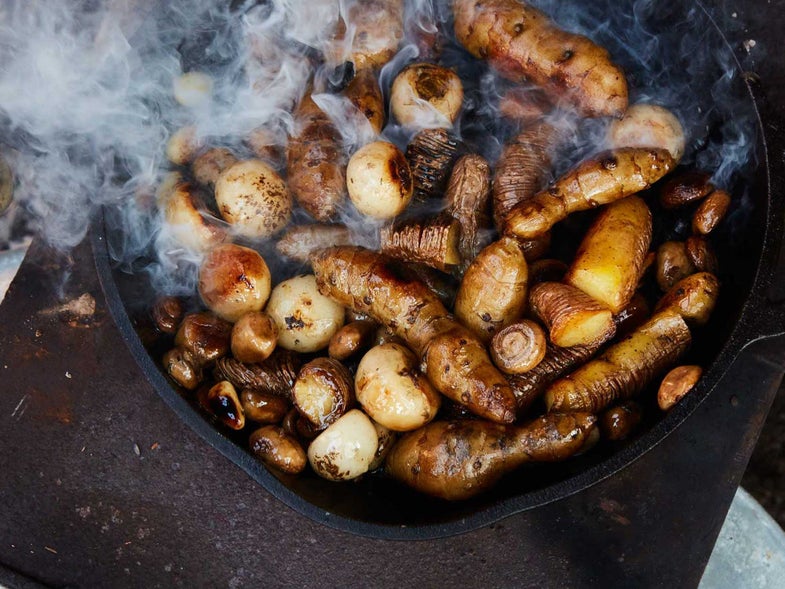 Catching the drippings trickling down from cooking birds—a trick Joe Beef’s Red Morin and Dave McMillan recommend especially midway through roasting, when the fat begins to render and run more rapidly from the skin—adds lustiness to a simple dish of roasted sunchokes and mushrooms. Store-bought duck fat or lard is an easy cheat. 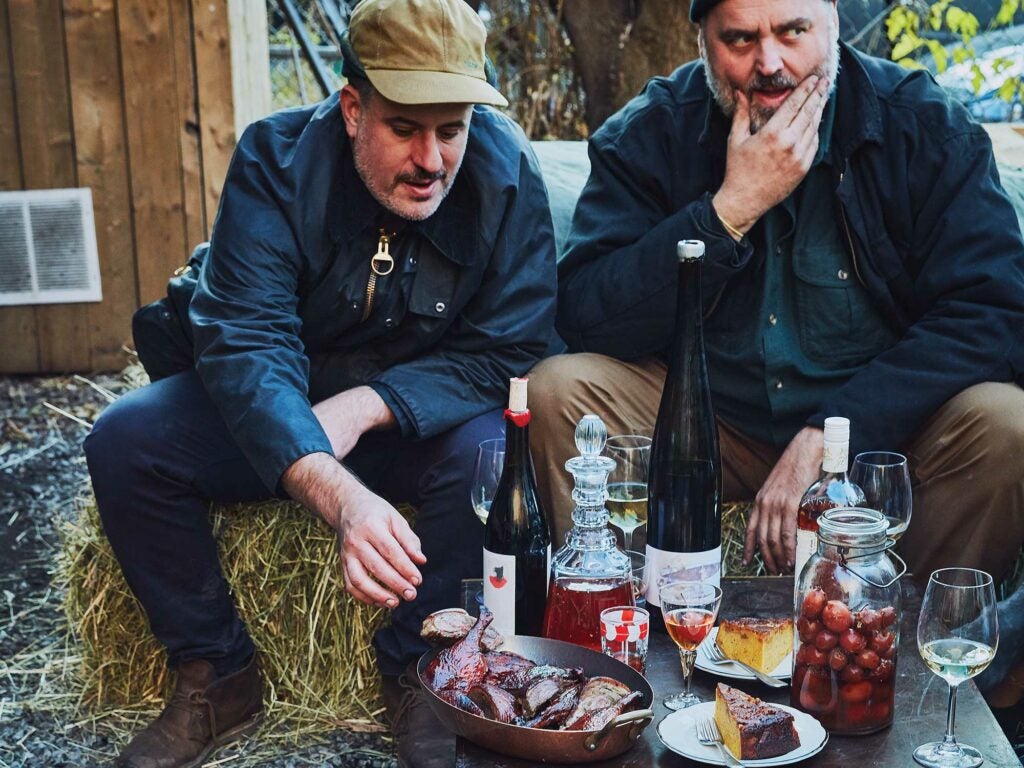 Red Morin and Dave McMillan make an effort to keep their work as relevant outside the kitchen—they have plans for a small apple orchard near their restaurants—as inside.
Yield: serves 6-8
Time: 1 hours 20 minutes