Craft distillers and blenders are reimagining their island’s famed spirit. 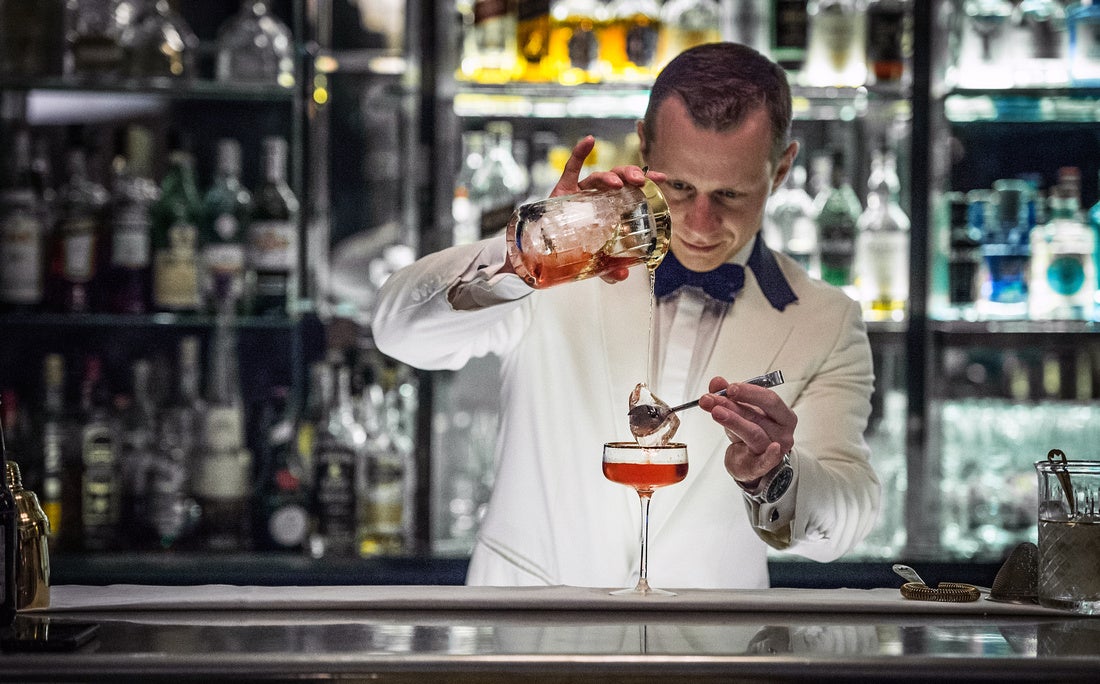 Take a deep breath in the J.J. Corry rackhouse, lined with resting whiskey barrels, and inhale the angel’s share. A distiller’s term for the aged spirit evaporating from porous oak, it’s a heady mix of caramel, vanilla, and smoky bacon. The portion that lingers in the cool air of the flagstone storage barn is a hint of the flavors being skillfully blended by founder Louise McGuane, who is reviving the lost art of Irish whiskey bonding on her family’s 17th century farm in Cooraclare, a mile inland from the Wild Atlantic Way on Ireland’s west coast.

“We are responsible for shepherding the spirit from the second it comes off the still until it’s in your glass,” says McGuane, who worked for multinational brands like Pernod Ricard and Moet Hennessy before returning home to launch J.J. Corry in 2015. “The goal is to have a really wide library of whiskey flavors. A big part of my job is sourcing casks, from cooperages in regions like Jerez or Kentucky, which I think could potentially impart interesting flavors onto our stocks. We call it our wood program. And there’s a real art to that.”

The earliest known reference to Irish whiskey distillation appears in the Red Book of Ossory, a medieval manuscript containing a lengthy treatise on the health benefits of aqua vitae, which is Latin for “water of life.” The Irish translation of this term, uisce beatha, eventually became anglicized as whiskey. Bonding, McGuane explains, is an equally distinct tradition that evolved along with distilleries in Ireland, where they strictly sold new whiskey wholesale to publicans and grocers. These tradesmen also stocked casks of wine, sherry, and rum for regular customers, and would repurpose the vessels to create hyper-localized “house blend” aged whiskies. “Every bonder would’ve had their own methodology, their own ratios, and their own blend,” McGuane says.

Her first bottling, a nuanced blend of single malt and grain whiskies, was named for local grocer J.J. Corry’s bicycle, The Gael. (During the 1890s, his shop in nearby Kilrush sold tea, rum, musical instruments, guns, and his own Corry’s Special Malt for five pennies a glass.) But the bonding trade eventually collapsed in the early 20th century, as famine and war took its toll on the population. Prohibition in America was another socioeconomic blow, and the whiskey industry similarly declined. Sine metu (without fear) is the motto for Jameson, one of the handful of distilleries that survived.

Along with McGuane, other blenders and craft distillers are on the rise again. Ireland now has more than 40 distilleries, many focusing on small batch collaborations. (Currently, there are 3.5 million barrels maturing on the island.) “We’re not as strict as scotch or specialty bourbon. There’s not as many rules here,” says head bartender Oisin Kelly of the Sidecar Bar, where he creates cocktails with spirits from Dublin’s inner-city distilleries like Teeling and Roe & Co. Kelly also pours Pearse Lyons, produced in a converted church in The Liberties neighborhood. “Every day of the week I see another Irish whiskey wanting to be part of the narrative and conversation,” he says. “Doing partnerships with wine and sherry makers, sourcing interesting barrels.”

In County Cork, Clonakilty uses rye quarter casks from Virginia-based producer Catoctin Creek, and also partners with American breweries like 26 Degree and Pelican to age whiskey in IPA barrels. In the heart of Ireland’s barley region, Royal Oak Distillery matures The Busker blends in Sicilian marsala wine casks from Cantine Florio. Lambay is triple distilled with well water on an island in the Irish Sea, and finished in Camus cognac barrels. Kelly emphasizes that these new ventures have contributed to another kind of revival in rural areas. “The whole team who produces Drumshanbo is from the local town, the distillery has made it viable for people to move home. Farms will also do better, because they’re buying Irish grains and wheat.”

During a tasting in her family’s original farmhouse, Louise McGuane turns off the lights to dramatize home life before the modern age. The weather outside is fairly typical for West Clare, which is to say, wildly unpredictable. The air is saturated with brine, and a steady wind rattles the modest window panes. While sipping her latest The Gael batch No. 3, which contains the whisper of a rare 26-year old single malt in the blend, McGuane explains the Wild Atlantic Way has its own unique microclimate, and that it can change from hour to hour. But the Irish never seem to mind. As playwright George Bernard Shaw once said, “Whiskey is liquid sunshine.”