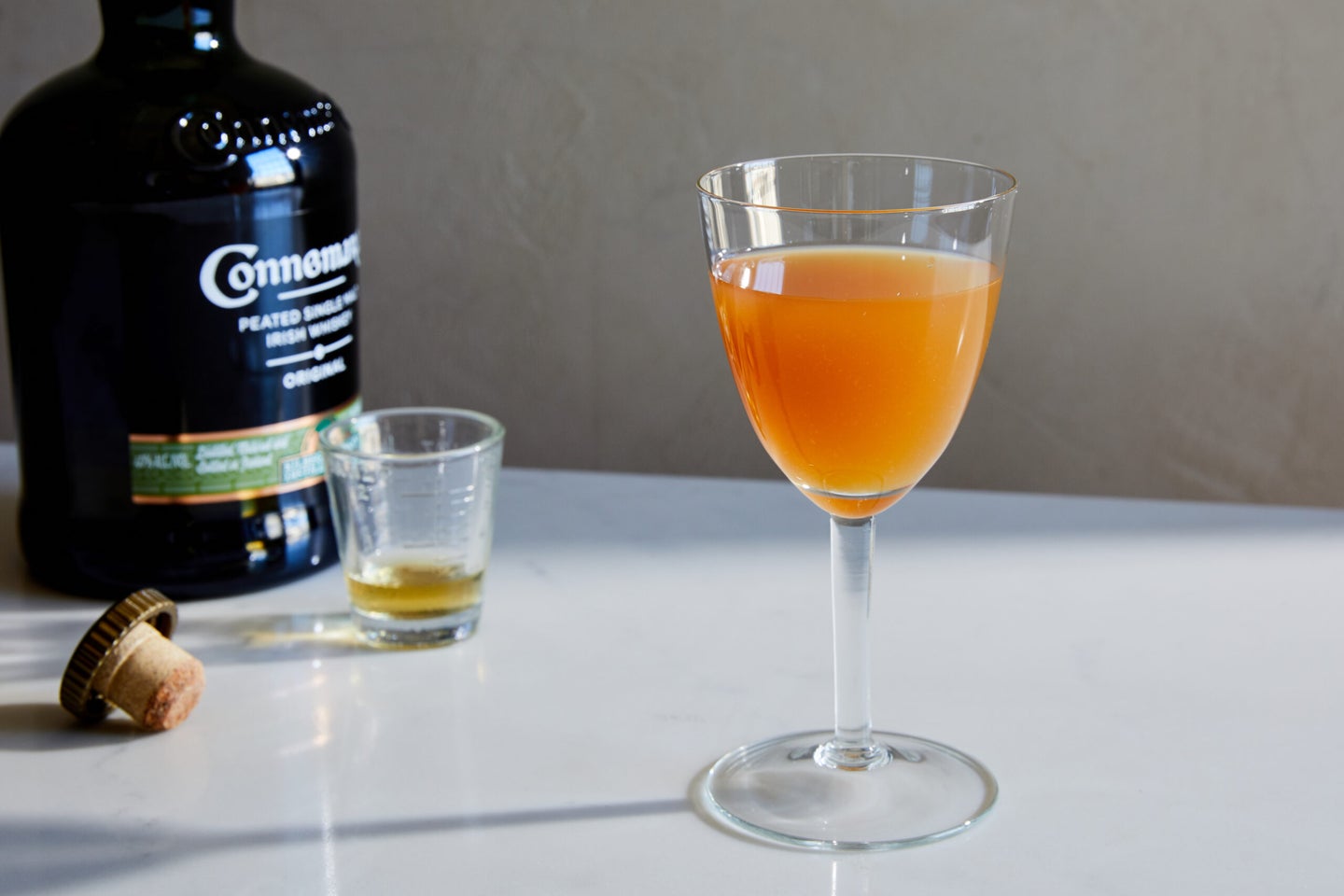 The peaty smoke of Connemara single malt Irish whiskey is offset by chocolate and citrus flavors in the Film Maker cocktail, a darkly sophisticated nightcap, based on a drink once enjoyed by director Alfred Hitchcock. The finished cocktail, which is adapted from one served by Oisin Kelly at Dublin’s Sidecar Bar, has a layer of crema on top, which forms when the juices froth during shaking. Garnish with a dusting of cocoa powder—Kelly prefers Cadbury’s Fairtrade Bournville. 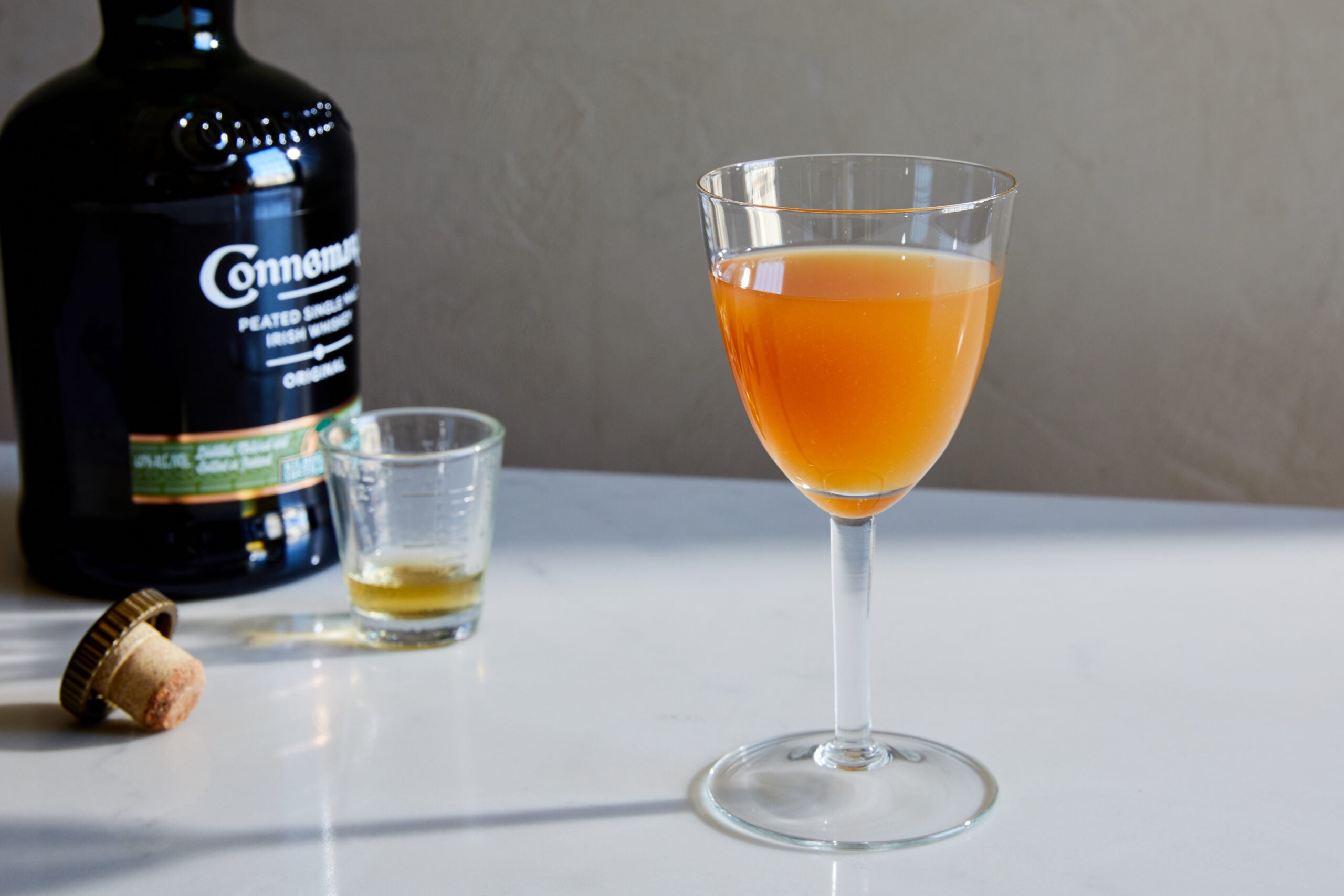