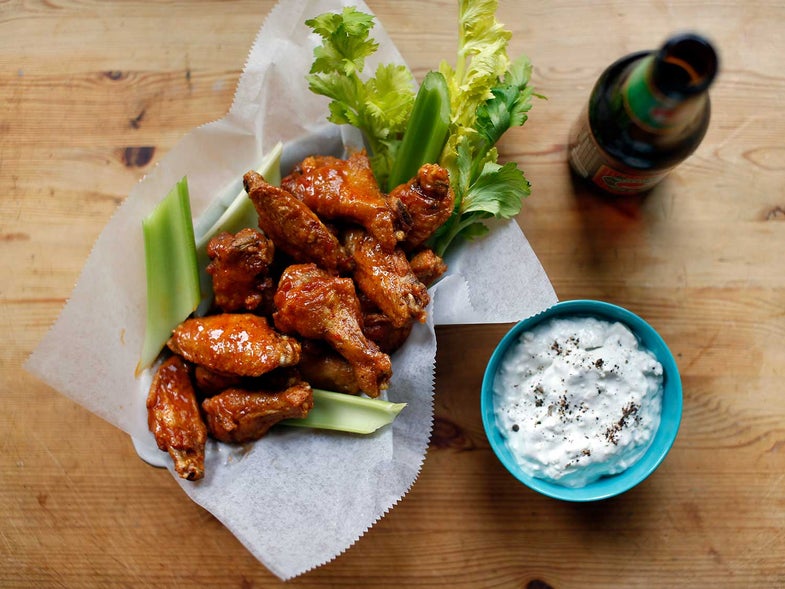 These are the Buffalo-resident's Buffalo wings: true to the original 1964 recipe, wings are fried in peanut oil and then tossed in a mixture of melted margarine and fiery hot sauce. Serve them up with blue cheese dressing and celery sticks to complete the classic dish. Get the recipe for Buffalo Wings ». Thomas Payne
SHARE

For residents of Buffalo, New York, where I was born, true Buffalo wings come only from Frank and Teressa’s Anchor Bar, where owner Teressa Bellissimo invented the dish in 1964. There, wings are fried, then tossed in a combination of melted margarine and hot sauce. Today, the Anchor Bar serves 2,000 pounds of wings each day. We’ve since updated the beloved recipe to use butter instead of margarine.