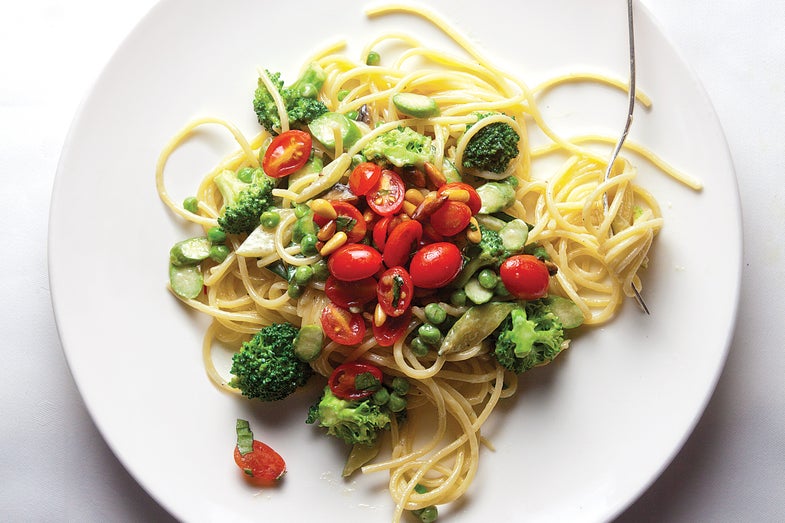 I believe it started in 1975, when I visited Prince Edward Island with a number of colleagues, including Craig Claiborne of the New York Times. To eat we had only lobster and wild boar. After a week of this, everyone said, “Can we have some pasta?” I set out to make two dishes, one with vegetables, one Alfredo style. But in the end I mixed it all together, vegetables with spaghetti and cream. After Claiborne wrote about it in the Times, everybody started to come to Le Cirque and ask for spaghetti alla primavera. But my French chef said, “You want to do spaghetti? I don’t want spaghetti in my kitchen!” I didn’t want a crisis. So I decided to prepare it in the dining room, on a cart, tableside. It looked nice, and it tasted nice. We’ve never put it on the menu, but people still ask for it. —Sirio Maccioni, co-owner of Le Cirque restaurant in New York City

The owner of Le Cirque set out to make two pasta dishes for his friends while on vacation, one with vegetables, one Alfredo style. But in the end he mixed the vegetables with spaghetti and cream together, and Spaghetti Alla Primavera soon became a regularly-requested item at the restaurant.
Yield: serves 4-6