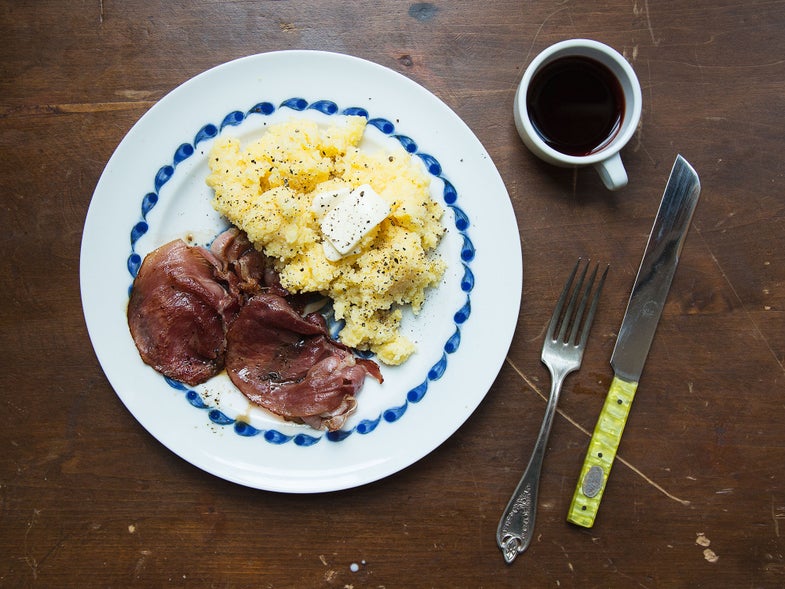 It takes longer to determine the origin of red-eye gravy’s name than it does to make it. Some Southerners believe that the gravy takes its name from a man’s red-rimmed eyes in the morning or from the reddish hue of certain country hams. Others swear that the name comes from the red-tinted layer of fat that forms on the surface of the gravy.