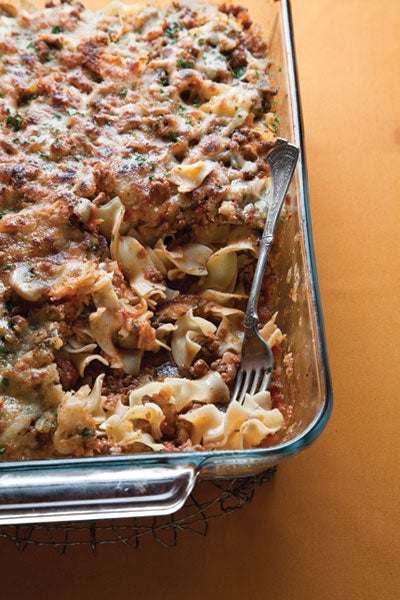 The bygone restaurant Marzetti’s in Columbus, Ohio, invented this cheesy noodle casserole. This recipe first appeared in our December 2011 issue along with the special feature Italian America.