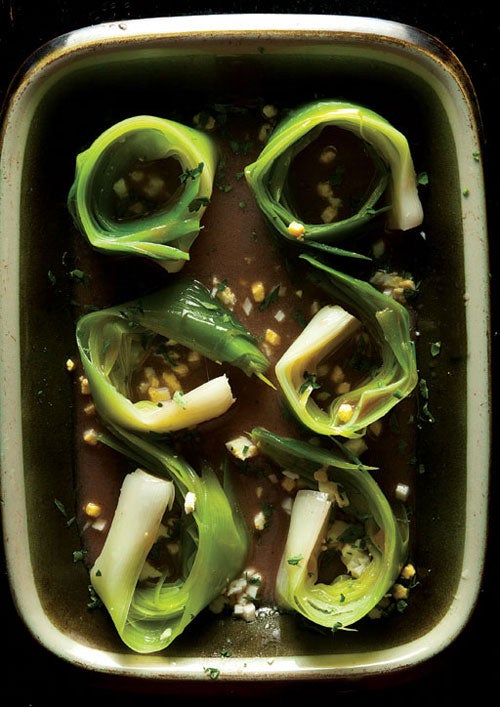 The origins of leeks vinaigrette—poached leeks in a mustardy dressing—are unknown, but it’s easy to imagine someone pulling them out of the stockpot once they had worked their magic, then seasoning them. As a Paris bistro owner put it, “Leeks have all the advantages: They’re nourishing, cheap, and tasty.”—Megan Wetherall