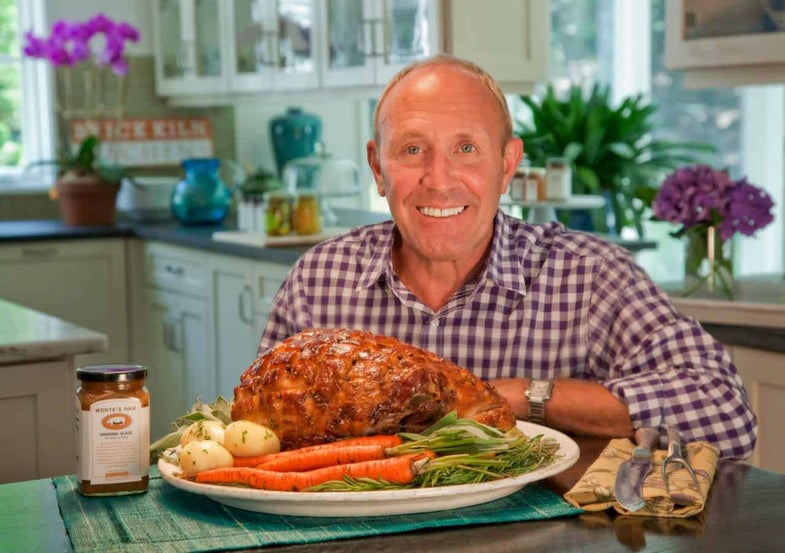 Monte Matthews was working in advertising before he developed the recipe for one of Saveur’s most beloved recipes. Courtesy of Monte Mathews
SHARE

“People are constantly asking me about my ham,” says author Monte Mathews, “and they are always astonished when I tell them what it is.” Ann Mathews, his sister, held out for years, content with buying honey-baked hams (in Atlanta) and driving them home (to Waterloo, Ontario). Now, however, she makes her own, Monte’s way.

This simple recipe makes a tasty ham.
Yield: serves ABOUT 30