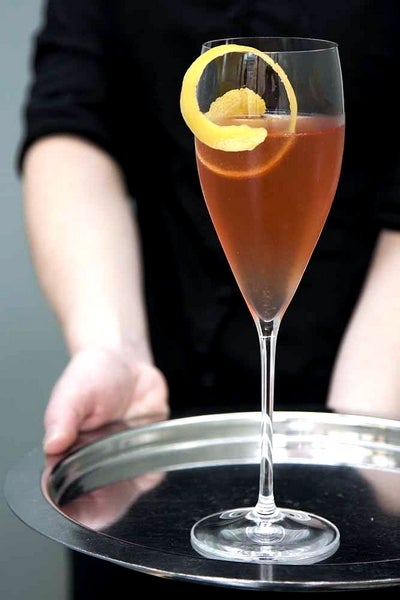 This spin on the French 75 uses a base of both gin and a raspberry-infused cognac. Maxime Iattoni
SHARE

This recipe was developed by Ehren Ashkenazi, beverage director at New York City restaurant The Modern. He explains: “This is a spin I formulated on the classic French 75. It is named after (not entirely coincidentally) a British infantry regiment that was part of the Prince of Wales’ division that was formed in 1968. There is much debate surrounding the true base spirit of the French 75; the two factions are split between gin and Cognac. This cocktail incorporates both bases, with gin and a Cognac based Pineau des Charentes infused with raspberries.”