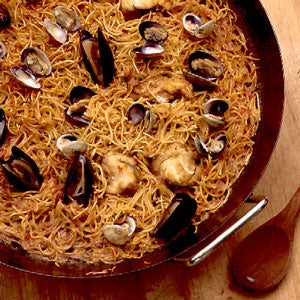 Short, thin noodles called fideos (fideus in Valencian) replace rice in this seafood variation on paella, invented in the seaside town of Gandia, south of Valencia.