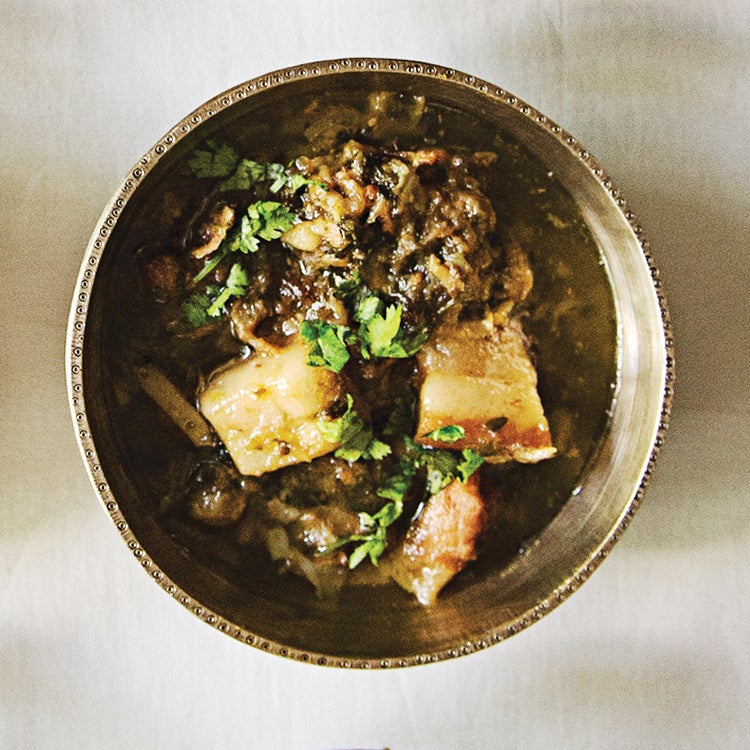 India’s northeastern states are a world apart from the rest of the country. Connected to the subcontinent by a mere thread of land, their kinship with bordering Bhutan, China, and Myanmar is reflected in the cuisine. Cooks rely on ingredients like black sesame paste and salty fermented foods, and pork and bamboo feature prominently. One example is this braised pork belly from cookbook author Jyoti Das, inspired by an Assamese tribal dish. Spiced with Thai chiles, garlic, ginger, and turmeric, it first appeared in our August/September 2014 special India issue with Jyoti Das’ story Eating in Tea Country.