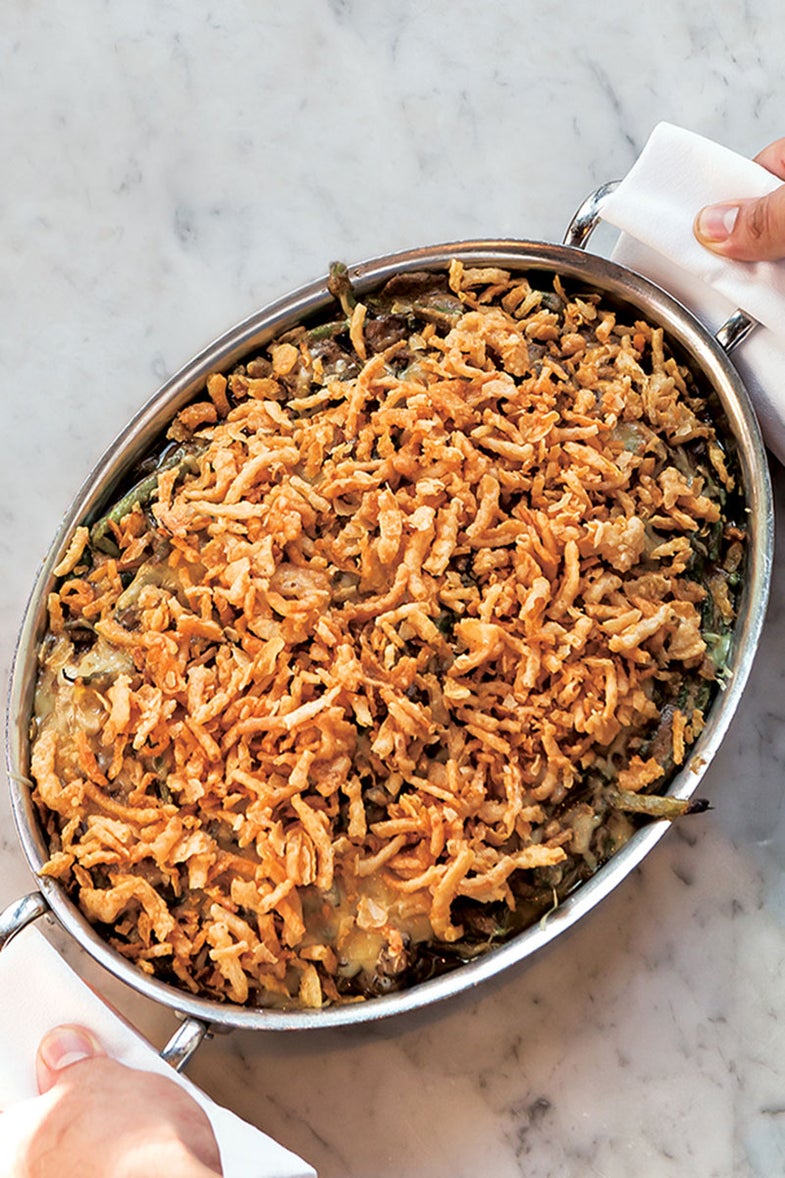 Sherry vinegar balances the richness in the cream sauce for this Thanksgiving staple, which is topped with crispy shallots. Get the recipe for Haricots Verts Casserole ». Eilon Paz
SHARE

Sherry vinegar balances the richness in the cream sauce for this Thanksgiving staple from Thomas Keller’s Bouchon Bistro in Yountville, California. A riff on the American classic, this recipe swaps the green beans for slender French-style haricots verts and the canned mushroom soup for a from-scratch mushroom cream sauce. The whole thing then gets a topping of crispy shallots before baking. This recipe first appeared in our November 2014 issue with the story Holiday for the Heroes.