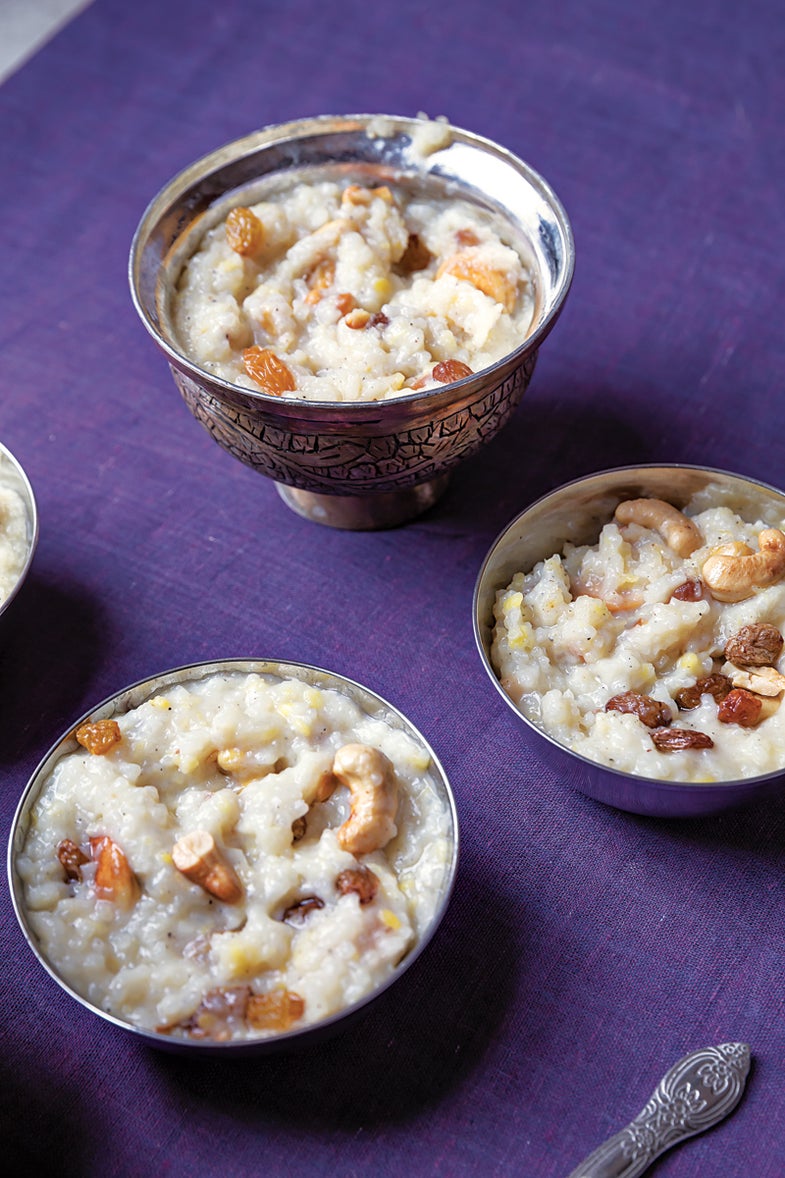 During the south Indian harvest festival of Pongal, milk and rice are put into a clay pot and boiled. If the pot boils evenly on all sides, it’s a sign of prosperity for the year to come. The festival’s namesake dish, a luscious pudding made with the season’s first rice, is sweetened with jaggery and adorned with cashews and raisins; it makes a satisfying dessert any time of year. This recipe first appeared in our August/September 2014 special India issue with Akash Kapur’s story The Year’s Sweetest Taste.